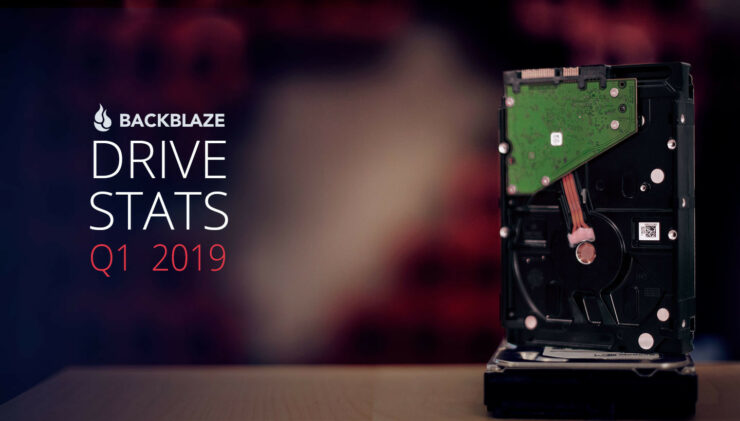 As of March 31, 2019, Backblaze had 106,238 spinning hard drives in their cloud storage ecosystem spread across three data centers. Of that number, 1,913 were boot drives and 104,325 were data drives. Backblaze published a review on their findings in Q1 of 2019 amongst their data centers and it also included insights and observations along the way. 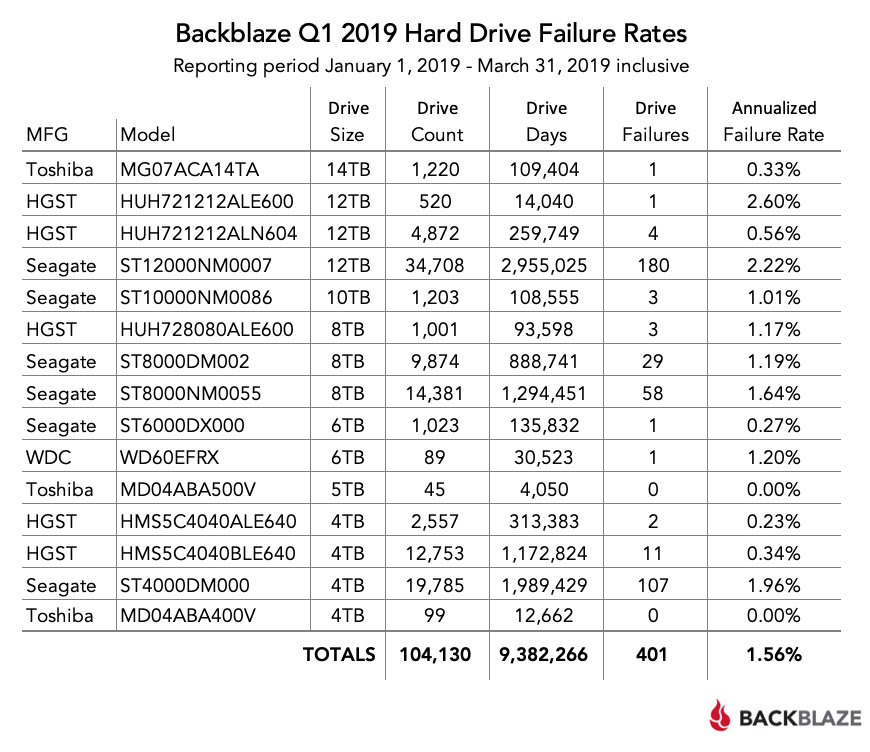 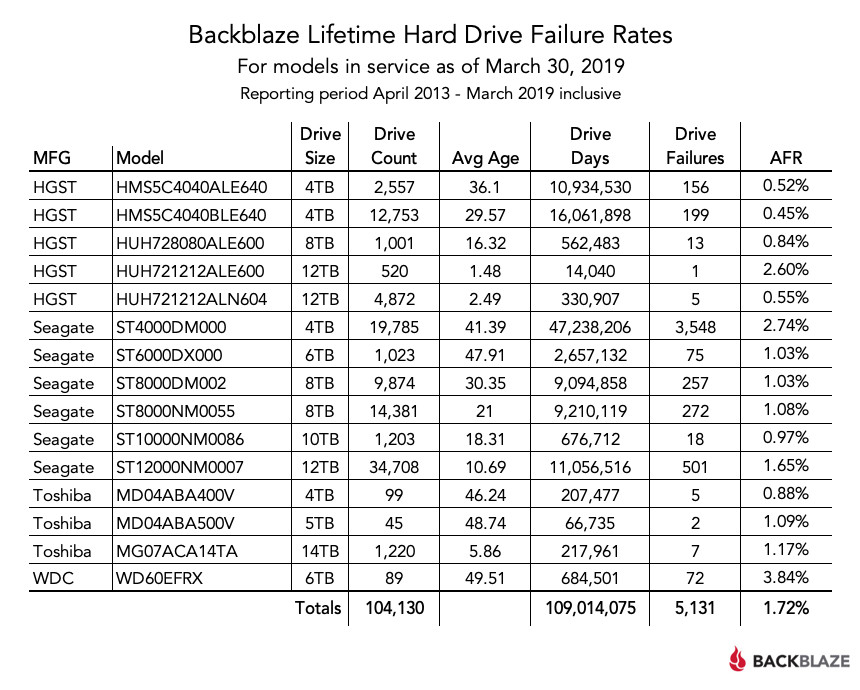 If a drive model has a failure rate of 0%, it means there were no drive failures of that model during Q1 2019. The two drives listed with zero failures in Q1 were the 4 TB and 5 TB Toshiba models. Neither has a large enough number of drive days to be statistically significant, but in the case of the 5 TB model, you have to go back to Q2 2016 to find the last drive failure we had of that model.

There were 195 drives (104,325 minus 104,130) that were not included in the list above because they were used as testing drives or we did not have at least 45 of a given drive model. We use 45 drives of the same model as the minimum number when we report quarterly, yearly, and lifetime drive statistics. The use of 45 drives is historical in nature as that was the number of drives in our original Storage Pods. Beginning next quarter that threshold will change; we’ll get to that shortly. 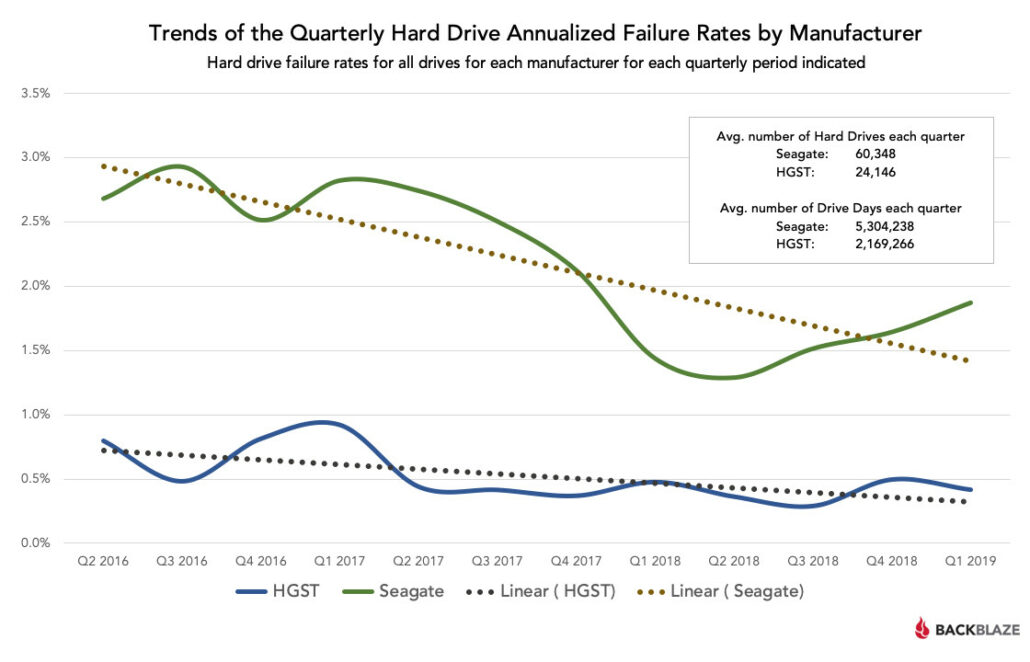 As reported over the last several quarters, we’ve been migrating from lower density drives, 2, 3, and 4 TB drives, to larger 10, 12, and 14 TB hard drives. At the same time, we have been replacing our stand-alone 45-drive Storage Pods with 60-drive Storage Pods arranged into the Backblaze Vault configuration of 20 Storage Pods per vault. In Q1, the last stand-alone 45-drive Storage Pod was retired. Therefore, using 45 drives as the threshold for qualification to our quarterly report seems antiquated. This is a good time to switch to using Drive Days as the qualification criteria. In reviewing our data, we have decided to use 5,000 Drive Days as the threshold going forward. The exception, any current drives we are reporting, such as the Toshiba 5 TB model with about 4,000 hours each quarter, will continue to be included in our Hard Drive Stats reports.

Predictions for the Rest of 2019