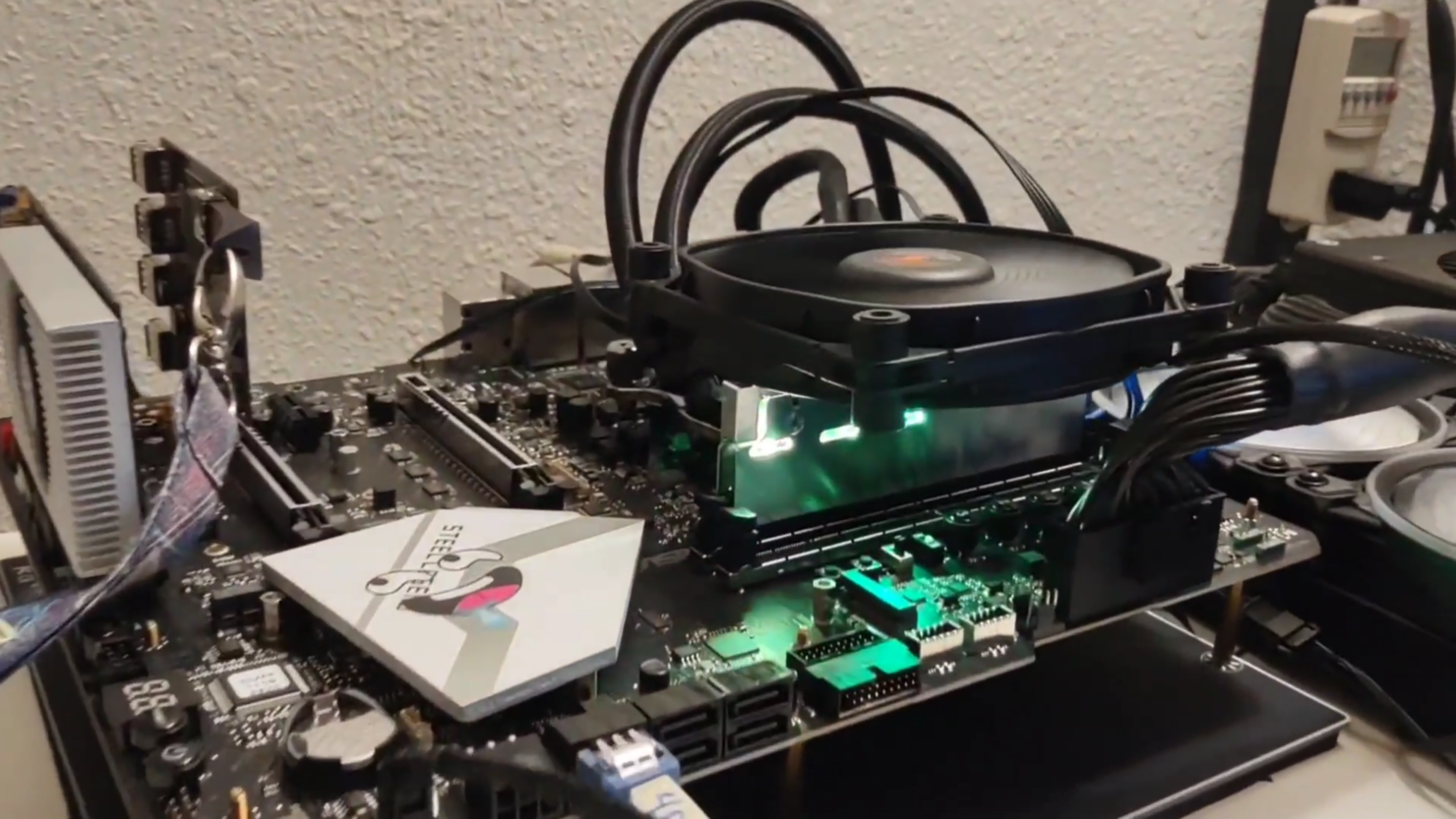 US-based overclocker, David Miller aka MllrKllr, has achieved a memory overclock of DDR5-8000 on the ASRock Z690 Aqua OC motherboard with air cooling.

ASRock had recently unveiled its Z690 AQUA series motherboards which include the standard and an OC variant. The OC variant is designed specifically for hardcore overclockers and is on the same tier as ASUS's APEX, AORUS's Tachyon, & MSI's Unify-X series, as far as memory overclocking will be considered. The Aqua OC comes with just two DDR5 DIMM slots like the rest of the motherboards I mentioned above and is purely made for intense CPU and memory overclocks.

So coming to the test system specs, David used the ASRock Z690 Aqua OC motherboard with the Intel Core i9-12900K CPU with a fixed voltage of 1.400V. As for the memory, the motherboard was equipped with a single TeamGroup T-Force Delta RGB 16 GB module rated at DDR5-6400 (CL40 @ 1.35V). The memory utilizes SK Hynix modules which seem to deliver the best stability in terms of overclocking.

Using the OC Tweak application from ASRock, the overclocker pushed the memory to a DDR5 memory to an effective frequency of 3980 MHz or 7.96 Gbps speeds with CAS timings of CL52-120-120-120-240. That's just 20 MHz short of hitting the DDR5-8000 memory overclock but while we have seen similar results been achieved previously on various other motherboards such as the impressive DDR5-8704 overclock that was achieved using G.Skill's Trident Z5 memory on the ASUS ROG Maximus Z690 APEX motherboard, this specific overclock was done entirely on air. So the question is, just how far can ASRock's Z690 Aqua OC further push the memory?

David stated that he can't wait to try out overclocking again with LN2 so we will know soon enough but one thing is for sure, the ASRock Z690 Aqua OC is one hell of a motherboard for overclockers & definitely packs a lot of punch. More on the Z690 Aqua series here.