The software team at Apple has been hard at work. This year we have seen some great stuff coming from them including but not limited to iOS 6 and OS X 10.8 Mountain Lion. We know that Apple is not a company that rests on its laurels. While iOS 6.1 betas have already been seeded to developers, nearly 50 days after the last stable release Apple has seeded OS X 10.8.3 beta to developers.

This upcoming OS X update will be an incremental one however it will come with a majority of bug fixes and performance improvements. Apple has directed developers to specifically focus on AirPlay, AirPort, Game Center and Graphics when developing or updating their apps for OS X 10.8.3 beta. 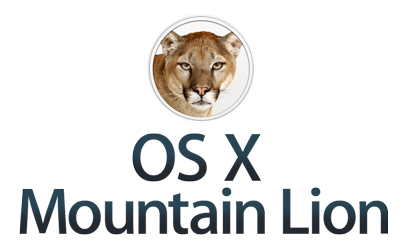 Incremental updates notwithstanding, we are bound to see big changes in major updates of iOS and OS X. This is due to the bowing out of Scott Forstall from Apple. He headed the software division at Apple for little over half a decade. Due to his recent falling out with top level executives at the company, he has been let go and his role has been divided between other top level executives including design maestro Sir Johnny Ive.

The OS X 10.8.3 carries build no. 12D32. Reportedly this first beta of 10.8.3 comes with a number of issues. That is not unusual as the first beta of any software is usually riddled with many bugs. Apple has warned developers that there may be issues when trying to shift between apps using the Command + Tab keyboard shortcut. Developers have also been advised that certain background graphics might appear black or transparent after the computer is woken up from sleep. The preferences in Software update may also appear shifted. Developers have also been told to update to the latest version of Safari before installing OS X 10.8.3 beta.

Moreover the company has told developers to focus specifically on Graphics, Game Center, AirPort and AirPlay for their apps. Developers were promised that OS X 10.8.3 beta will be seeded after Thanksgiving and Apple has fulfilled that promise. This particular beta will also come with a host of maintenance updates and much needed security improvements.

Since this is the first OS X 10.8.3 beta it can not be said for sure when OS X 10.8.3 will be released to the public. We can take a wild guess that it might take a couple of months at the very least.