Scott Forstall Is Leaving Apple And So Is John Browett

Just moments ago Apple announced that Scott Forstall is leaving Apple, John Browett is also following suit. Undoubtedly the former is better known among the two executives that are leaving the company. Scott was the senior vice president of iOS Software and appears to have relinquished his role. Browett was appointed as Apple's head of retail back in January and he is departing after serving in this role for less than one year. 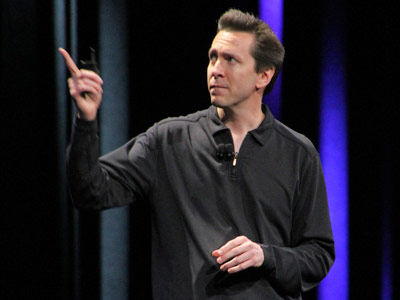 Something was definitely amiss at the iPad Mini release event earlier this month when Scott Forstall did not come up on stage during the event. He has almost always joined other executives on stage whenever new products are being announced. Some people claim that the reason why Scott Forstall is leaving Apple is the horrendous Apple Maps service, for which he was being criticized in the company. It is worth noting that Scott has served at Apple since 1997. He was elevated to the post of SVP iOS Software in 2006.

The reason behind departure of John Browett is also unknown, but there is a theory for this as well. He was brought over from Dixons to work as head of retail at Apple. When Apple brought him on back in January, his hiring was criticized as many thought that experience in running Dixons chain stores did not necessarily mean that he could run Apple Retail Stores the way they were meant to. Apple has announced that it is looking for a replacement, who will take the position of head of retail at Apple.

On the other hand, the company has not announced that it intends to replace Scott Forstall. It has announced that Scott's responsibilities are being transferred to senior executives such as Jony Ive who receives Human Interface, Eddy Cue who gets Siri, iTunes, App Stores, iCloud and Craig Federighi who gets the supervisory role for iOS and OS X.

The news that Scott Forstall is leaving Apple has left many people wondering why such an accomplished executive is leaving the company, one who was among the top aides of ex-CEO Steve Jobs. Many had considered him a replacement for Tim Cook, when his tenure as CEO of Apple ended. Scott has relinquished his SVP position, but will remain at the company as an advisor to Tim Cook on iOS till January 2013. It will be interesting to see where Forstall ends up next, given his experience and expertise, we might see him taking up the role of CEO at some other company.