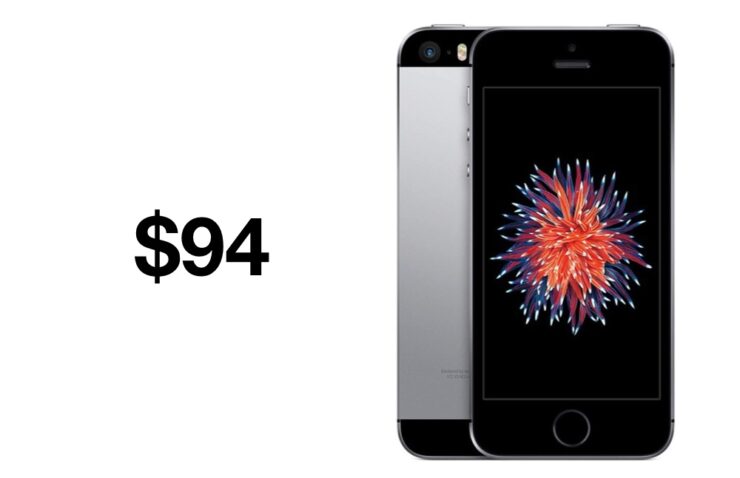 While the new iPhone SE is the talk of the town, you can spend just $94 and get the original model for just $94 if you hurry up.

Apple wowed everyone yesterday with the announcement of a brand new iPhone SE. If you don’t care about new features at all and believe you need an iPhone for an even lesser price that just works, then the original iPhone SE is something you should definitely look into.

The model on sale is a renewed offering, meaning it features a decent battery with at least 80% health remaining and you won't find too many cosmetic imperfections, and they aren't noticeable at an arm's length of viewing.

The original iPhone SE features the internals of the iPhone 6s, meaning it’s super powerful for its size thanks to the Apple A9 processor, coupled with 2GB of RAM, 12-megapixel camera, and a 4-inch Retina display.

If you are a fan of smaller iPhones then the original SE model is going to feel right at home. At just 4-inches, the Retina display on this thing is small enough to be handled using just one hand, something which you just can’t do on any of the modern iPhones.

At the time of writing, the iPhone SE touts Apple’s latest software release, which is iOS 13. So, right out of the box, you can latch onto the latest and greatest features which Apple has to offer on the software front. This is something which hundreds of phones can’t say despite being just two years old. This iPhone came out in 2016 and it’s already bragging about the latest update from Apple. Just imagine!

There is a high chance that this deal will sell out super fast, so head over to the link below if you want this for yourself.

You Can Save up to 30 Percent on Samsung Storage Cards, Tablets, Monitors, SSDs and More