Earlier this year developer Eidos Montreal and publisher Square Enix announced the latest installment in the Deus Ex series - Deus Ex: Mankind Divided. The game is scheduled for a release on February the 23rd of 2016. 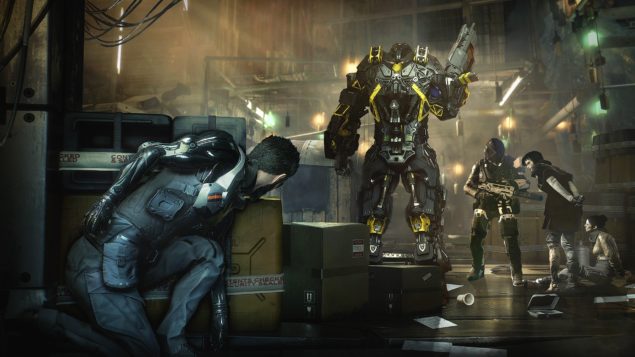 Although the game is now developed by Eidos Montreal, some might forget that the series started out back in 2000 with developer Ion Storm which was later acquired by Eidos Interactive and became known as Square Enix Europe. The original Deus Ex basically was the dream project of Ion Storm's studio director Warren Spector who helped on the development of the game's sequel from 2003 'Deus Ex; Invisible War'.

Spector left Ion Storm in 2004 to "pursue personal interests" but this doesn't mean that the legendary Deus Ex designer isn't hyped for a new installment in the Deus Ex franchise. On Twitter I asked Spector to share his thoughts on the upcoming Mankind Divided after which he commented that he's "hyped for anything Deus-Exy".

@Paradiger I'm hyped for anything Deus-Exy. The Eidos folks have done a nice job with DX so far. Hope that continues with Mankind Divided.

The Deus Ex creator added that he thinks that the team from Eidos have done a nice job with the Deus Ex series so far and he hopes that with Mankind Divided they continue on that path.

What are your thoughts on the upcoming Deus Ex: Mankind Divided? Do you prefer the new Deus Ex games or do you rather play the original from 2000? Hit the comments below.