Origin PC have revealed their new creation which takes PC gaming to a new level. The BIG O Gaming PC features outstanding PC performance while combining a Xbox 360 to provide gamers the ultimate machine for gaming.

Origin PC's, BIG O Gaming PC was featured in CPU Magazine's annual Dream Machine review roundup."If you want the ultimate PC, the Big O is it" said CPU Magazine. "By integrating an Xbox 360, the Big O offers everything and the kitchen sink." 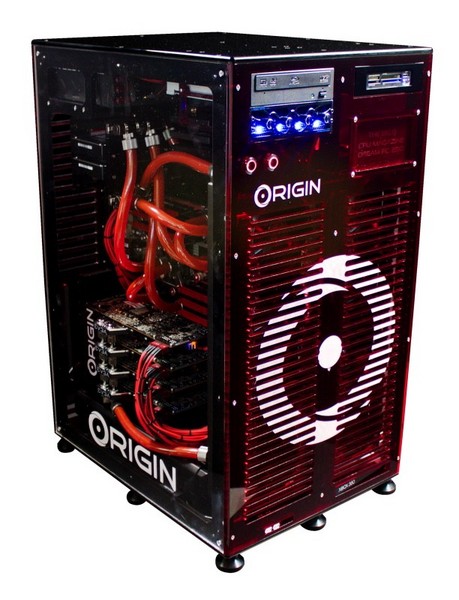 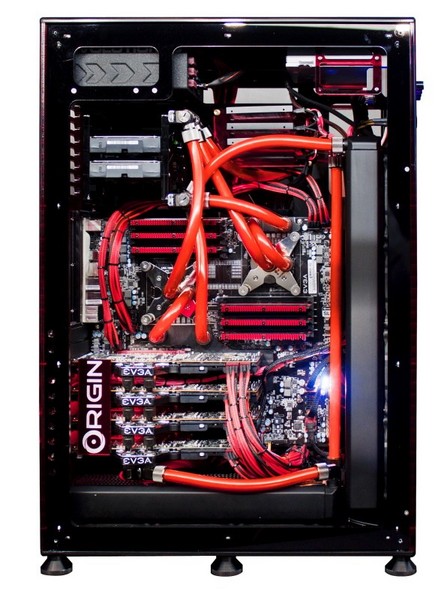 Coming to the specs of the PC itself. Featuring the Badass EVGA SR-2 Motherboard which is the most beastly looking motherboard released till date due to its size and performance and is equipped with two Intel's

Xeon X5680 processors consisting of six cores each and twelve threads, overclocked to a mind blowing 4.3Ghz all on Liquid cooling. If that's not enough than you also get 24GB of Corsair Dominator DDR3 GT 2000Mhz ram which is more than enough for any PC intensive task.

Dont worry for the gaming part, You get Quad 480's with this Beast and not any 480's but EVGA's GTX 480 FTW edition all on liquid cooling. So no matter how many display's you put up and whatever resolution you play at, this beast will not let you down.

The Built in Xbox 360 itself is Liquid cooled which means it will provide much better performance over the fan which cooled the CPU.
"The Big O will satisfy the demands of even the most power hungry gamer, but when you create the ultimate personal computer

system it has to be designed to go above and beyond gaming" said Kevin Wasielewski, CEO and Co-Founder of ORIGIN. "From the hottest games on the market to digital video editing

and 3D rendering you will have the power to perform at every level. To have the best you have to build using the latest in computer technology that guarantees unmatched performance and that is exactly what you get with the Big O."

"Wow, we can honestly say we've never seen a system like the Big O before," said Ujesh Desai, general manager of the GeForce GPU business at NVIDIA

. "The components selected by ORIGIN, including up to quad GeForce

GTX 480 GPUs will definitely have gamers salivating for the win."

The BIG O comes with 1 year free shipping and free part replacement warranty and is priced at $7,669. One word for the BIG O.. WOW. 😮 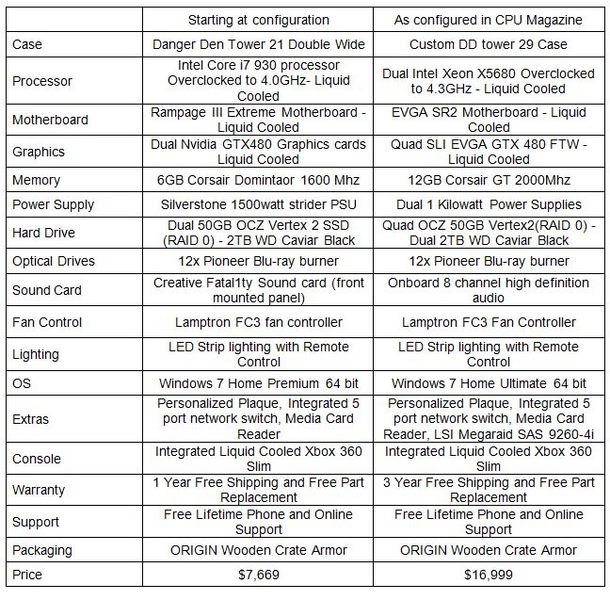