Just two days back, Chinese manufacturer Vivo posted pictures about a device that would be the thinnest smartphone on the market when launched, at a shuddering 3.8 mm, almost half the thickness of the iPhone 5S. Well, looks like another Chinese manufacturer Oppo has beaten Vivo to the title with the launch of the Oppo R5 today. 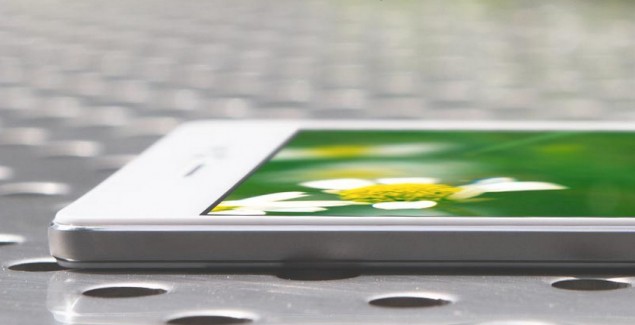 4.85 mm Thick Oppo R5 Launched With Octa-Core Snapdragon 601 On Board.

With its 4.85 mm thickness, the Oppo R5 is now officially the thinnest smartphone in the world. Beside its industry first thickness, the device also comes with other decent specifications on board. The device comes with a 5.2 inch AMOLED display with a resolution of 1920 x 1080, giving it a pixel density of 423 ppi. Dimensions of the device are 148.9 x 74.5 x 4.85mm.

Powering the Oppo R5 is Snapdragon's 64-bit 601 processor, capable of achieving frequencies of up to 1.5 GHz and running on eight Cortex A53 cores. The Oppo R5 is also powered by the Adreno 405 GPU, which should be able to provide the device which quite reasonable graphics performance. The Snapdragon 601 on the Oppo R5 is supplemented by 2 GB of RAM.

Rear camera for the device has a resolution of 13 MP and is Sony's protruding IMX214 camera sensor with an aperture width of f/2.0. This should be reasonable enough for anyone looking to get a decent camera performance out of their device. The camera on the Oppo R5 also has an Ultra HD feature, which allows you to combine several shots to create images with resolutions of up to 50 MP. Other camera features on the device include Fast Focus and subsequent re-focus. The front camera on the device has a resolution of 5MP.

Impressed? The Oppo R5 sounds to be quite a reasonable offering so far, and its specifications are not that bad either for a device that measures only 4.85 mm thick. Let us know in the comments section about what you think.