A couple of weeks back, we have reported that Frogwares, the team behind the Sherlock Holmes games, is currently working on a game based on H.P. Lovecraft works. Not much was known about the game, other than the fact that it's in the works, but the team has recently shared more on this title, which promises to be quite interesting. 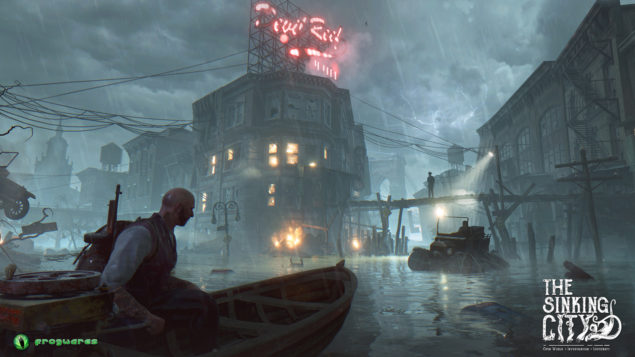 It’s bigger than what we’ve ever made and we feel it’s the right next step for us, bringing the investigations to be free and opened in the city. We also believe that Lovecraft universe, Cthulhu Mythos is the right setting for the game.

The Lovecraft/Cthulhu setting has been dear to us for years. In 2016, we’ll celebrate the 10 years of Sherlock Holmes the Awakened, a Sherlockian/Lovecraftian adventure, a game that was seen as a milestone in narrative adventure gaming back then.

Even though not much as been said about The Sinking City, it won't take that long to learn more about it. The game will be available in playable form alongside Sherlock Holmes Devil's Daughter during the GDC.

The Sinking City is currently in development for yet to be confirmed platforms. More on the game will surely come in soon, so stay tuned for all the latest news on what seems to be one of the more interesting games of the year.