[UPDATE] Focus Home Interactive just sent out a press release about its Call of Cthulhu game, with the first beautiful screenshots (the game is being made with UE4) and some new details. 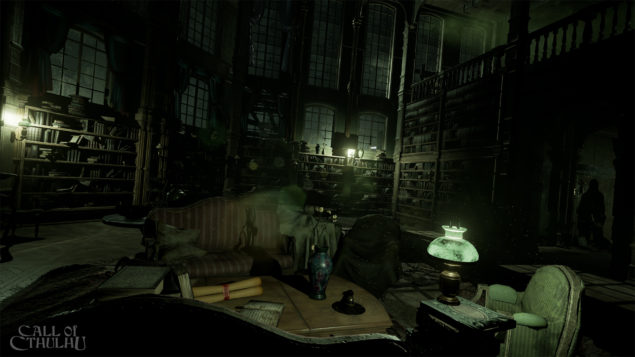 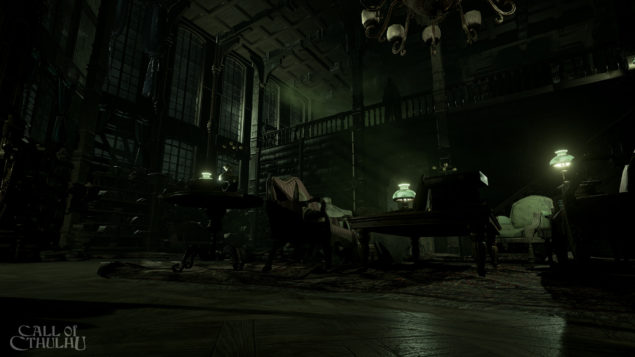 This will be an RPG/Investigation game with psychological horror and stealth mechanics. The player will roam semi-open environments while on a mission to find the truth behind the death of an acclaimed artist and her family on a backwater island; it's scheduled for release in 2017 on PC & consoles.

We are happy that Focus entrusted us with the development of a videogame adaptation of the legendary RPG Call of Cthulhu. As long-time fans of the license, working with longtime partner publisher Focus Home Interactive on such an original and exciting project is, once again, a privilege. We hope to offer fans the game they've long been waiting for.

We are deeply honored to be partnering with Cyanide again. They've grown alongside us for the past 10 years, to become today one of the best independent developers in Europe. With titles such as Styx: Master of Shadows and the Blood Bowl series, they've proved their creativity and ability to offer strong gaming experiences in original worlds. Cyanide has been wanting to make a Call of Cthulhu adaptation for years. They now hold all the cards to create a game that will please fans of the Cthulhu mythos, as well as players eager for rich and original gaming experiences.

[ORIGINAL STORY] It seems like fans of H.P. Lovecraft are in for a treat. In fact, there are two different games in development right now based on his works.

Frogwares, best known as the developer of Sherlock Holmes games (the latest one, The Devil's Daughter, is scheduled to launch on May 27), had been working on a Call of Cthulhu game alongside Focus Home Interactive before the two companies parted ways.

Since then, French studio Cyanide (Styx, Blood Bowl) has taken over and the game has been showcased for the first time during Focus Interactive's recent What's Next event in Paris, likely targeting a 2017 release now.

Lovecraftian horrors lurk in the shadows of the Call of Cthulhu booth at our #WhatsNext event... pic.twitter.com/siZbJpJdqZ

The official website can be found over here, and this title enjoys the full benefits of the Call of Cthulhu pen and paper RPG rights as confirmed by Creative Producer Michael Douse.

The Cyanide game is inspired by the Call of Cthulhu pen paper RPG from which it has the official rights https://t.co/9UHNd7uxMH

That doesn't mean Frogwares gave up on its project, though. In fact, they have recently confirmed that they are still working on a game based on H.P. Lovecraft's mythos and more news should be available soon.

We've embedded a gallery of artwork from Frogwares' title, just to fire up your inner Lovecraft. One thing is for sure, it's certainly a great time to be a fan of horror games; stay tuned on Wccftech and we'll bring you all the updates on both H.P. Lovecraft titles currently in production.