OnePlus Z: Everything You Need to Know About the Upcoming Budget OnePlus Phone 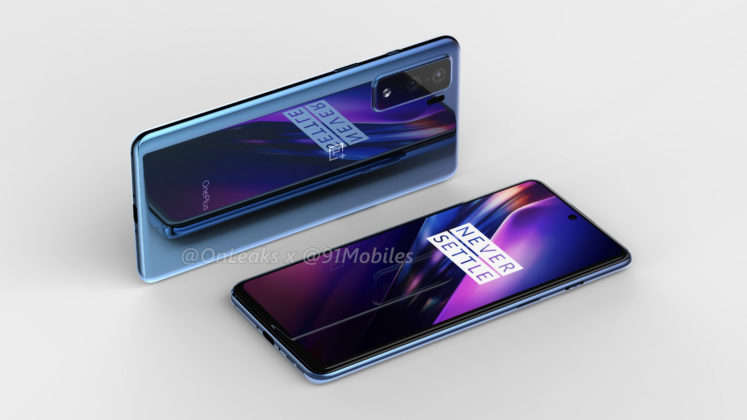 OnePlus Z was expected to launch alongside the OnePlus 8 Pro and OnePlus 8. However, to much surprise, the company decided to not do that, and just went ahead with the making devices. This ended up causing a stir, which led many to believe that OnePlus is not launching the device altogether. While some insiders talked about how the COVID-19 pandemic is the cause that the device is delayed.

Despite missing from the online event, the OnePlus Z managed to make rounds on numerous occasions. We have even seen the renders of the device, and are aware of the alleged specs. So, it is safe to say that the device more or less exists.

At the time of writing, the existence of the OnePlus Z is entirely based on the information we have got our hands on. This leads us to gather all the information in one place. Let's have a look.

Everything You Need to Know About the OnePlus Z

This is not the first time that OnePlus is coming out with a budget device. The company released the OnePlus X in the past, which was a hit. It carried great specs in a cheaper price tag. So, having another cheaper device wouldn't hurt, especially now since OnePlus devices are no longer the affordable budget kings they used to be.

As mentioned earlier, the release was supposed to happen alongside the OnePlus 8 Pro and OnePlus 8, however, the company decided to go the other route. The current information we have on the release date leads to July, later this year. This release date has been quoted a number of times, with the most frequent being from Max J, who is a pretty prominent leaker in the industry.

The tweet not only points to a July 2020 window but also shows the silhouette of the device, which falls in line with the renders we have seen so far.

As far as the design is concerned, we have seen both leaked renders and real-life images of the OnePlus device. It follows a much more traditional design language that we have come to expect. There are no crazy curves or angles, and it is actually a good thing. Even the screen appears to be flat, which is something surprising in the modern-day and age. We have seen leaked renders courtesy of 91mobiles and @OnLeaks dating as back as December 7, last year. You can check these renders below.

Additionally, we have even seen some live pictures of the device courtesy of slash leaks which do corroborate with what the renders have to show.

The device is not going to get any awards for being the best looking available in the market, but there is enough evidence to support the fact that it actually does exist.

Moving on to the specifications, it is safe to say that considering the cheaper price tag, the OnePlus will not be using the same Snapdragon 865 SoC as its elder siblings. However, the information we have on specs so far involves a MediaTek Dimensity chipset, a 90Hz processor, and possibly 5G as well. Additional information on specs reveals an in-display fingerprint sensor, 8 gigs of RAM combined with either 128GB or 256GB storage. The device will be powered by a 4,000 mAh battery, and 30W charging as well. As far as the optics are concerned, the OnePlus Z is said to have a triple camera setup comprising of 48MP+16MP+12MP configuration. However, based on the OnLeaks render, the back only shows two cameras.

As far as the pricing is concerned, the price, as far as the statement from leakers is concerned should be around $500. To make things simpler for you to understand, the base OnePlus 8 variant at the time of writing costs about $745. Still, $500 is not cheap by any means, but we are interested to see just what the pricing is going to be for this device.

That's it for now. We will keep on adding more information to this post as we hear more about OnePlus Z. Are you looking forward to getting your hands on this device? Let us know your thoughts.