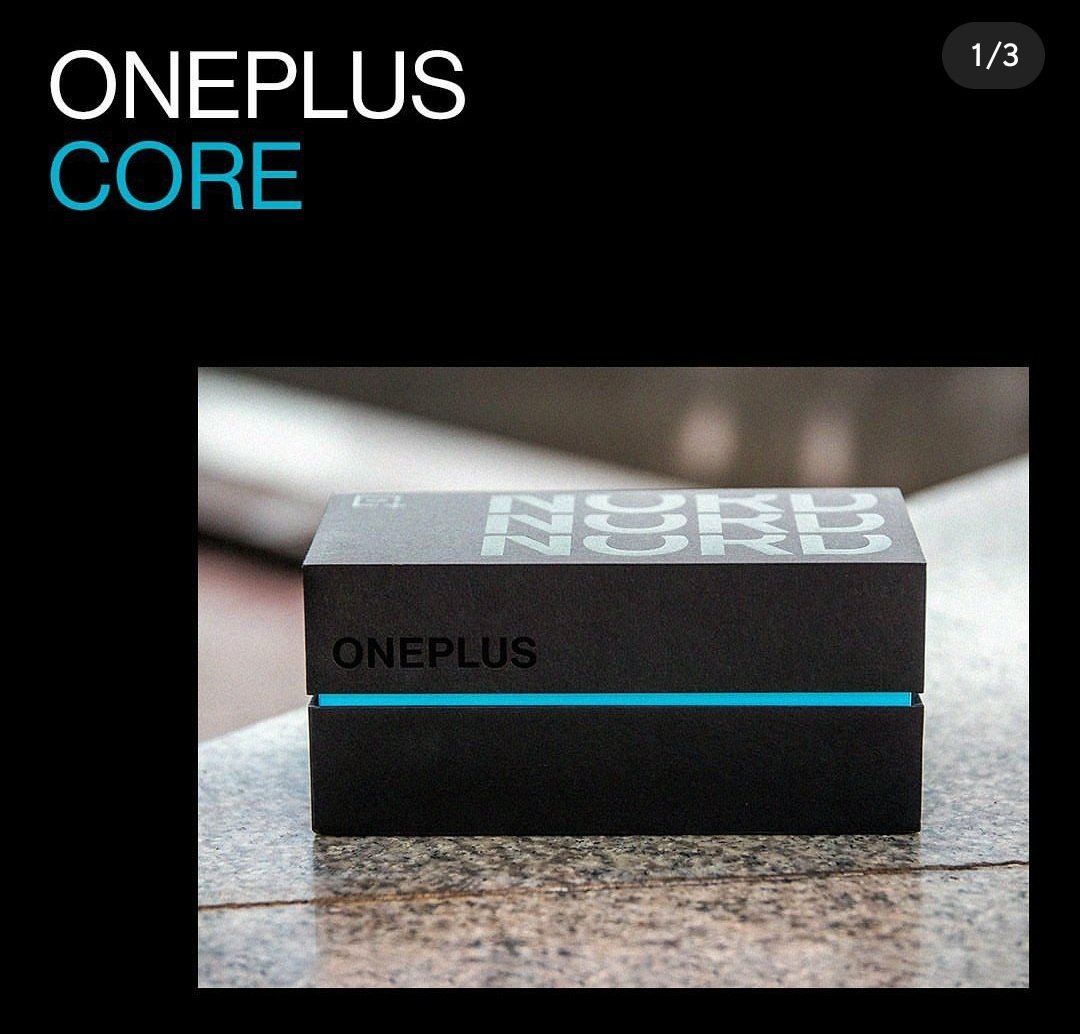 OnePlus Nord is launching on 21st July in via an augmented reality event and we have already confirmed that. However, that does not stop more tips from coming in as we now have some pictures of the retail packaging of the device, and while we love what we see, we do have some questions that we are going to raise.

Now retail packaging is rarely something to write home about. We see boxes all the time and while special editions get extra treatment, a standard edition phone box does not really bring a lot to the table in terms of looks or flare.

However, OnePlus is looking to change how the retail boxes are done as the pictures shared by Ishan Agarwal look amazing in almost every aspect. But also raise a question. Let's look at the pictures first.

Now, what's different about these photos? Well aside from a very catch design, the one thing that does not sit well with me is the "OnePlus Core" in the first picture. Additionally, the second picture talks about the box being incredibly sturdy? This is the first time a company is marketing how the box they have is incredibly sturdy.

Again, the launch date is going to be 21st July, later this month. We already know about some key specifications including the dual front-facing camera, and Snapdragon 765G. It will be interesting to see what this sub $500 phone is going to bring to the table, considering how crazily the company is hyping up the device.