OnePlus to Debut a ‘Concept’ Phone at CES 2020 – Full-Screen Handset With Displays on Both Sides? 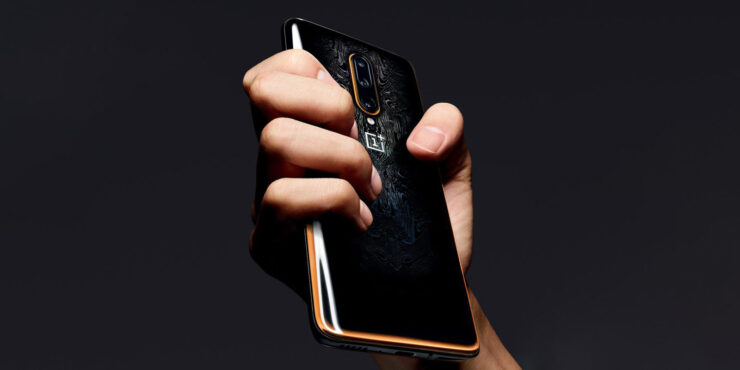 Concept phones are marvels of smartphone engineering, with the Vivo APEX and Xiaomi Mi MIX Alpha some notable examples of how manufacturers envision the future of mobile computing. Sure, none of these devices go into mass production, and that’s understandable given the skyrocketing costs of making just one of these. Still, we give two thumbs up for companies for taking the extra step to let consumers know that the future of smartphones is far from boring. Now OnePlus has also announced that it will showcase a concept phone early next year. Want to take any guesses as to what it may look like?

Apart from the tagline ‘ALTERNATE DESIGN, ALTERNATE FUTURE’, OnePlus hasn’t provided any extra details regarding the device, which is expected to be called ‘Concept One’.

“On the 6th anniversary of our founding, our commitment to doing things differently and pushing boundaries is stronger than ever.

Come see an alternate vision for the future of smartphones with the unveiling of the OnePlus Concept One at CES.”

On the 6th anniversary of our founding, our commitment to doing things differently and pushing boundaries is stronger than ever.

Come see an alternate vision for the future of smartphones with the unveiling of the OnePlus Concept One at CES. pic.twitter.com/jrX64ant2F

Earlier this year, OnePlus CEO Pete Lau spoke about the possibilities of a foldable smartphone. However, he was quick to point out that foldable handsets do not add extra value right now and are costly to produce, which is actually true. Instead, he believes that the company’s main objective is to improve the overall experience for users, but that doesn’t mean we should rule out a foldable ‘OnePlus Concept One’. Just because such a smartphone will not go into production, doesn’t mean the company can’t show off this particular form factor.

However, if the ‘OnePlus Concept One’ is expected to retain its ‘candy bar’ form factor, it could look more or less like the Mi MIX Alpha. In case you want to follow what the company’s plans are, make sure to follow the CES 2020 trade show on January 7, 2020, from 10 AM-5 PM PT to know more. We’ll obviously be providing dedicated coverage for you guys, so stay tuned for more.