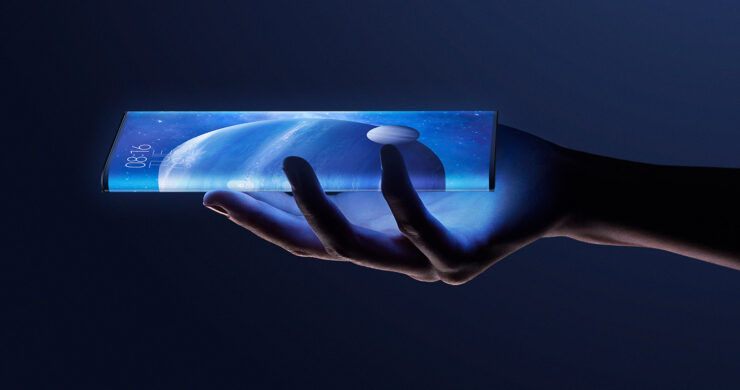 The Xiaomi Mi MIX Alpha certainly knows how to catch a couple of thousand eyeballs in a single attempt because the Chinese manufacturer has introduced something very interesting for the smartphone industry. Not only does the Mi MIX Alpha impress in the hardware specifications department, but it also looks strikingly different and unique from the outside too. Here’s everything you need to know about Xiaomi’s latest and greatest flagship.

The Xiaomi Mi MIX Alpha sports what the company refers to as its innovative Surround Screen, though we prefer calling it a ‘wrap-around’ display. The latest flagship from the Chinese firm beats the Mate 30 Pro and offers a ‘never before seen’ screen-to-body ratio of more than 180.6 percent. Xiaomi states that it employed the use of titanium alloy, ceramics and sapphire to make for a revolutionary concept phone.

“Behind the Surround Display is a series of groundbreaking technologies that required a new method of device assembly. Unlike traditional smartphone assembly methods, Mi MIX Alpha’s internal assembly is first carried out, while its display layer, touch panel, and protection layers are laminated one-by-one. All display component layers are compiled in that order to achieve high curvature Surround Display design, so the internal stress caused by bending the display layers can be released layer by layer. To achieve a smooth and flat surface, Mi MIX Alpha also uses a durable protective layer which optimizes the screen stack structure.”

Naturally, with an all-screen design on both the front and back, there are no physical side buttons. Instead, you now have a brand-new display acoustic technology that replaces the traditional earpiece receiver and proximity sensor. As for the side buttons, they have been replaced by pressure-sensitive motors that simulate the touch of actual physical buttons, at least according to Xiaomi. 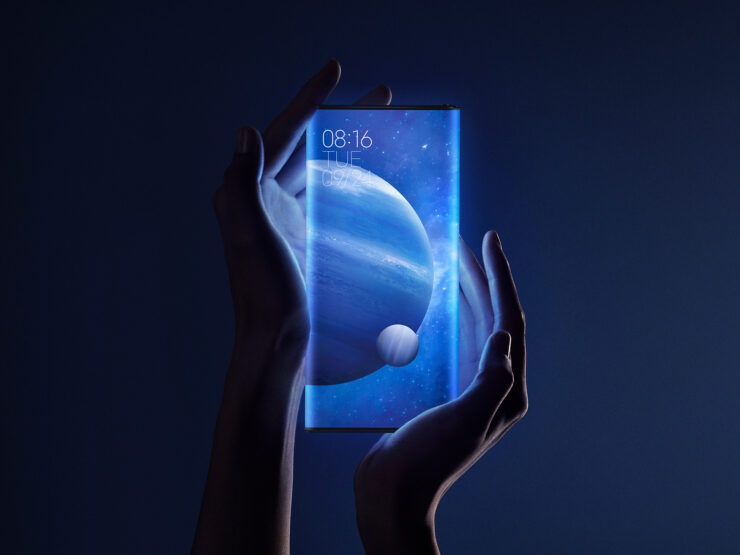 What it oozes in the design creativity category, the Xiaomi Mi MIX Alpha also makes up for it in the specifications department. It is underpinned by the Snapdragon 855 Plus, which is perhaps the fastest chipset available for a 2019 Android flagship. The Mi MIX Alpha also supports 5G connectivity of the three major carriers in Mainland China. You also get 12GB of LPDDR4x RAM and 512GB of UFS 3.0 storage. The latest device also houses a generous 4050mAh battery and comes with a standard 40W wired fast charger. There’s no word if the Mi MIX Alpha supports Qi wireless charging, but we’ll update our readers on this front.

The Xiaomi Mi MIX Alpha is equipped with a 108MP primary camera sporting a 1/1.33-inch sensor size. According to Xiaomi, it is 389 percent larger than the 48MP sensor made by Sony. The company also states that the primary sensor can produce images bearing a resolution of 12032 x 9024 pixels and supports a four-in-one Super Pixel feature to produce large 1.6μm pixels under low-light conditions. 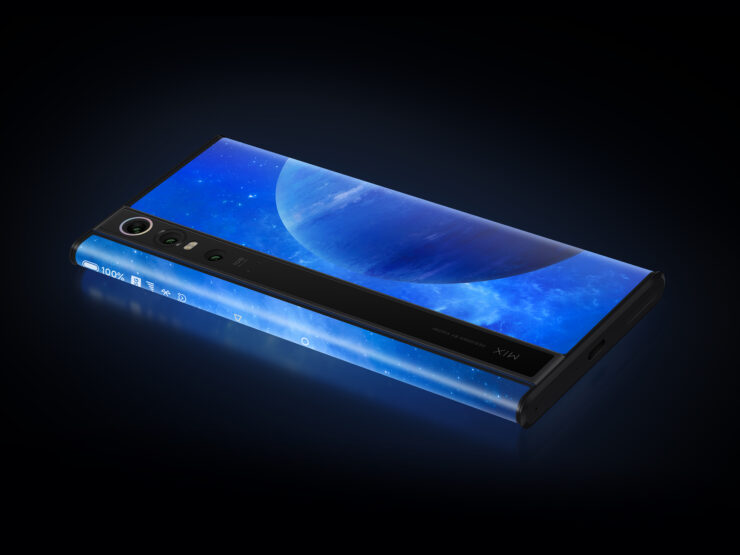 Xiaomi states that it aims to commence small-scale production for the Mi MIX Alpha at the end of December and it’s expected that the pricing will start at RMB 19,999, or approximately $2815 USD. That’s certainly a hefty asking sum, but it’s also most likely going to be produced in severely limited quantities. It is exciting to see that such manufacturers are willing to come up with unique concepts of what a future smartphone should look like and we hope that after looking at the Mi MIX Alpha, other OEMs take a step forward and attempt to produce their own variant down the line.