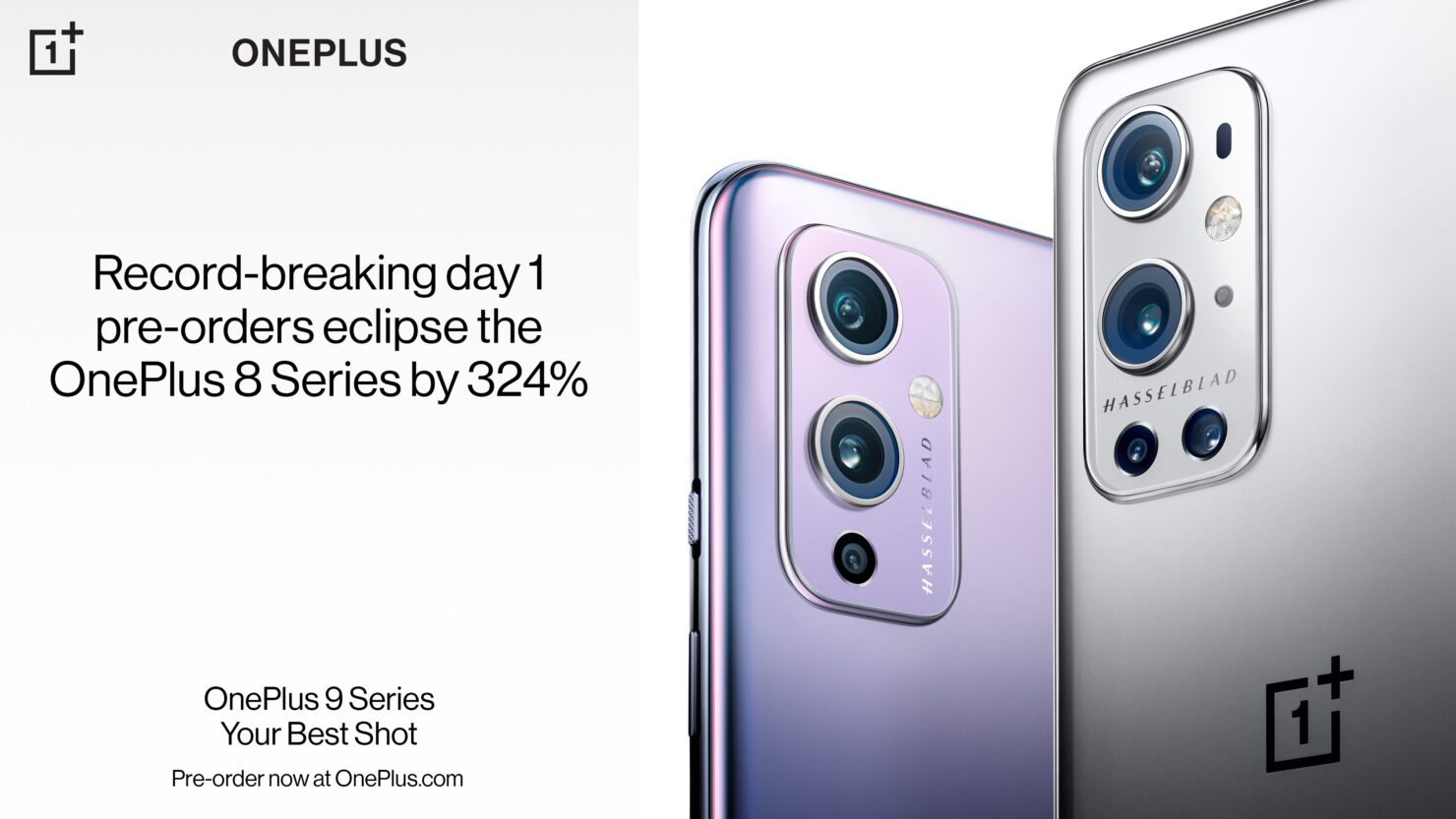 The OnePlus 9 series went official only a few days ago, and both phones are undoubtedly among the most impressive Android phones we have seen this year. While they are certainly more expensive when compared to the OnePlus 8 series of devices, both phones do come with a good set of improvements across the board. OnePlus CEO Pete Lau has revealed that the OnePlus 9 series phones have secured 324% higher preorders on the first day compared to the OnePlus 8 series that was launched last year.

Honestly, I am not surprised by the numbers, considering how this year's devices see a huge improvement in terms of the camera with the Hasselblad powered cameras. Both phones share the same DNA in terms of camera optimization. Lau shared this good news on Twitter, and things are looking exciting for the company, to say the least.

There's really just one thing I can say: thank you, to all our community, old and new. pic.twitter.com/UPO5RdMf5d

However, what is even more important is whether the phones are going to be able to hold the momentum or not. Both phones are notably impressive and check almost every box you would have for the perfect flagship smartphone.

At the same time, it is important to understand that the smartphone market is saturated, so users are not limited to just one option in terms of the phone they can buy.

Still, the OnePlus 9 achieving such a great preorder quantity is a great thing. For those who are willing to get these phones in-store, both devices will be available in stores starting April 2nd. The OnePlus 9 starts at $729, and the OnePlus 9 Pro starts at $969 in the U.S.

Both phones are backing Snapdragon 888 and top-of-the-line specs in terms of cameras and other specifications. Have you got yourself an OnePlus 9 device? Let us know in the comments if you are looking forward to receiving the device.