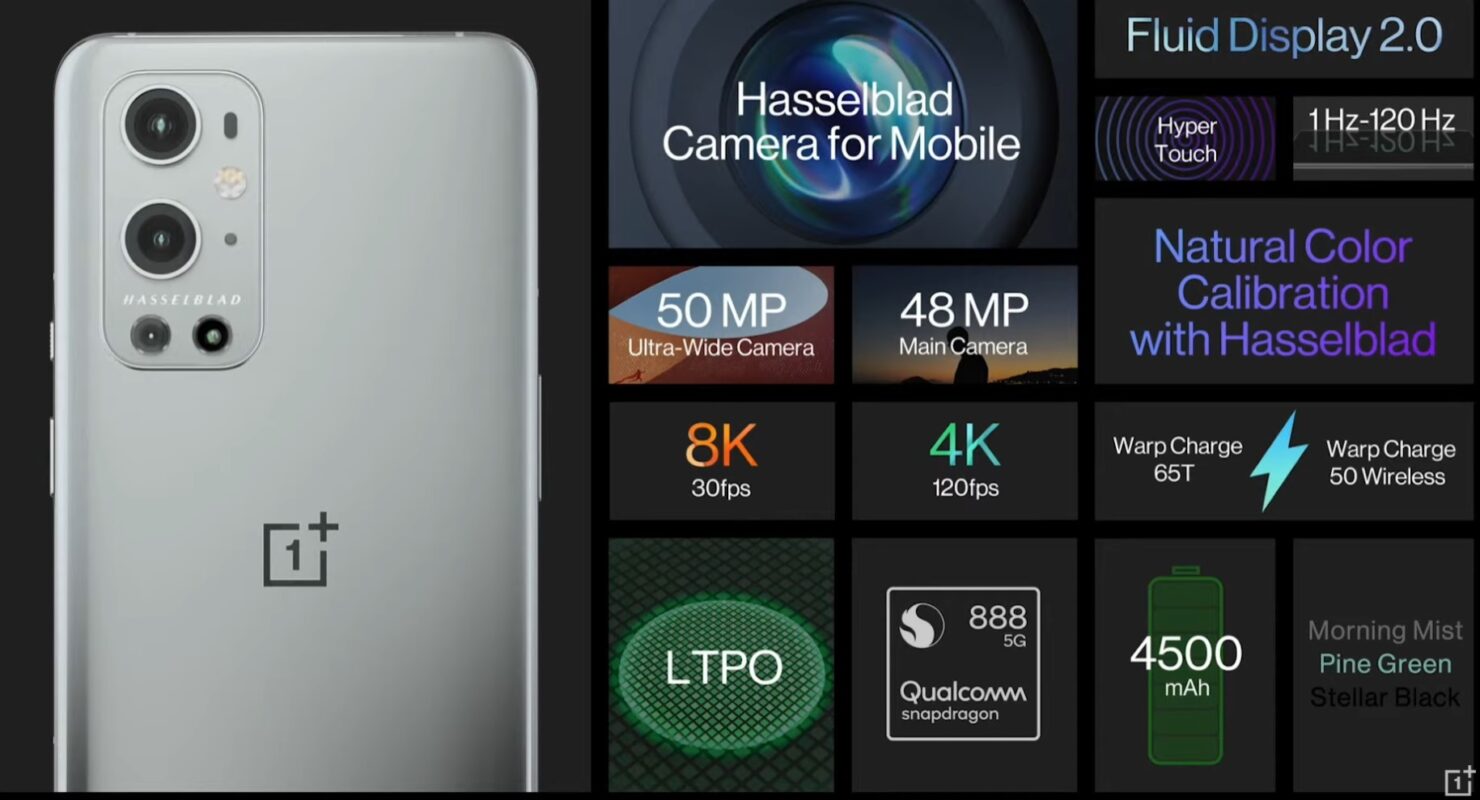 The wait is finally over; after months of leaks, teases, and rumors, the OnePlus has finally lifted the curtains off the OnePlus 9 series, and both devices, as we have guessed, are amazing in every sense of the way. If you were holding your upgrade plan because you wanted to wait for the OnePlus devices, now is the time because both the devices are as impressive as they get.

OnePlus smartphones have always been impressive in almost every aspect, and this year, the company builds on the same foundations as their older devices and does offer a lot more in terms of features, too.

The Design of the OnePlus 9 Series

Starting with the vanilla OnePlus 9, you are looking at a familiar design with a hole-punch camera on the front and a flat display. The display offers a 120Hz refresh rate and an FHD+ 6.55-inch OLED panel for gorgeous blacks. In addition to that, you are also getting the alert slider. You also get a triple camera setup on the back that Hasselblad powers.

As for the pro model, we are looking at a curved screen with a hole-punch camera on the front. This one is also a 120Hz panel, but this time, you are looking at a QHD+ LTPO panel that can go as low as 1Hz. The screen itself is 6.7-inch. On the back, you have a quad camera setup powered by Hasselblad.

Both phones are also going to offer IP68 dust and water resistance, so you can be sure that your phone will not stop working underwater. But we would still advise caution. Additionally, the base model will be a metal and plastic sandwich, whereas the pro variant is going to ship with the more traditional glass and metal design.

As far as the specs of both devices are concerned, you are looking at powerhouses of devices. Both phones are running OxygenOS 11 based on Android 11 internationally and ColorOS 11 in China.  Both phones have Snapdragon 888 under the hood.

Both phones will also ship with a 4,500 mAh battery with WarpCharge 65T charging technology that will let you charge your phones at blazing fast speeds. There's also WarpCharge 50.

Remember how I said that the OnePlus phones have always been amazing in almost every aspect? The cameras have been the lacking aspect of the phones, but this time, OnePlus claims to have spent a lot of time fixing what really needed fixing. To do that, the company partnered with renowned camera expert Hasselblad and committed to investing money in the company for future projects.

With that said, both the OnePlus 9 and OnePlus 9 Pro are equipped with Hasselblad powered cameras, and while we are going to share camera samples later down the road, for now, let's just look at what you are getting in the phones.

The base OnePlus 9 offers a triple-camera setup on the back with a 48-megapixel main sensor, a 50-megapixel ultra-wide sensor, and a 2-megapixel sensor.

The OnePlus 9 Pro is said to have the same camera setup with an addition of an 8-megapixel sensor that is going to be there. Both phones will have a 16-megapixel front camera, as well.

The camera setup surely looks impressive, but I am more interested in seeing whether the Hasselblad partnership was fruitful for the company or not.

Both devices will be available in several configurations, and the pricing and availability for both devices are as follows.

The phones are available in the following colors.