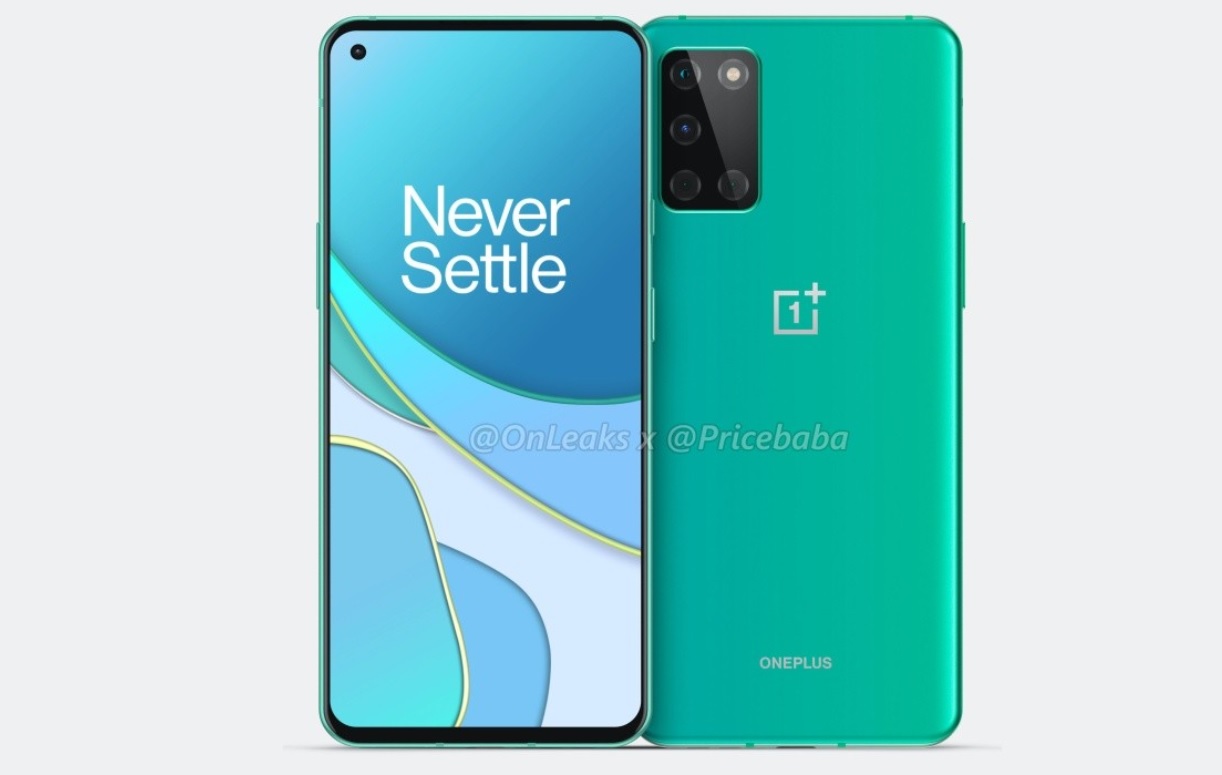 By now, we have had a lot of information on the OnePlus 8T. At this point, we are well aware of the device releasing on 14th October, we have been treated to the leaked renders as well, and last but not the least, we even have information on what the price is going to be. As far as the specs are concerned, the OnePlus 8T is definitely going to be better than the OnePlus 8 in incremental ways, but that is not something we are going to complain about.

Taking to Weibo, the source has gone ahead and shared all the key specs of the upcoming OnePlus 8T, and yes, it is as flagship worthy as any other phone in the market, and actually serves as a good competition to the Galaxy S20 Fan Edition that was launched yesterday. You can see the key specs down. 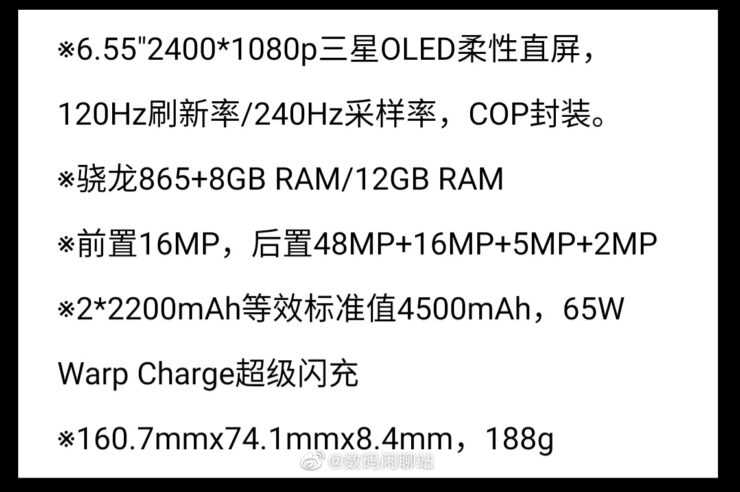 Now it does not take a genius to make out what has been written here. The screen is going to be a 6.55" panel with 2400x1080 resolution of FHD+, it will be an OLED panel with 120Hz refresh rate and 240Hz sampling rate. The front camera is going to be a 16-megapixel shooter and the back will be 48-megapixel main sensor with a 16-megapixel ultra-wide, a 5-megapixel telephoto, and perhaps a 2-megapixel monochrome or depth sensor. The phone will support 65W Warp Charging and you will get a total of 4,500 mAh battery. What surprises me the most here is that the picture says that there will be two 2,200 mAh units. Which makes little sense since we normally see this configuration only in foldables. But it could just be an oversight.

The phone is obviously going to run on Android 11 which will be based on the latest OxygenOS 11. So, you are definitely getting somethign that is good, and you should not really overlook this factor, in the first place.

At this point, the only thing we need to know is the official price, since pretty much everything about the phone has been leaked in one way or another.