Recently, OnePlus shared a teaser of its upcoming flagship on Twitter. While a lot has been discovered regarding the device, there are certain aspects which are still hidden. Now, new OnePlus 6T leaks have emerged, showcasing the design of the device in all of its glory. That's right, WinFuture published two leaked images today showcasing the OnePlus 6T is glossy and matte finish. Let'ss dive in to see some more details on the latest leaks and what the notch is like.

The OnePlus 6T is based on the design of the current flagship model from the company with more or less the same aesthetics from the back. However, the major highlight is what is happening at the front. The OnePlus 6 features a notch smaller than most smartphones out there. The 6T, on the other hand, features a teardrop design with the notch cutout being as small as the front-facing camera. It is as minimal as the device can be with the notch wrapped around the camera. 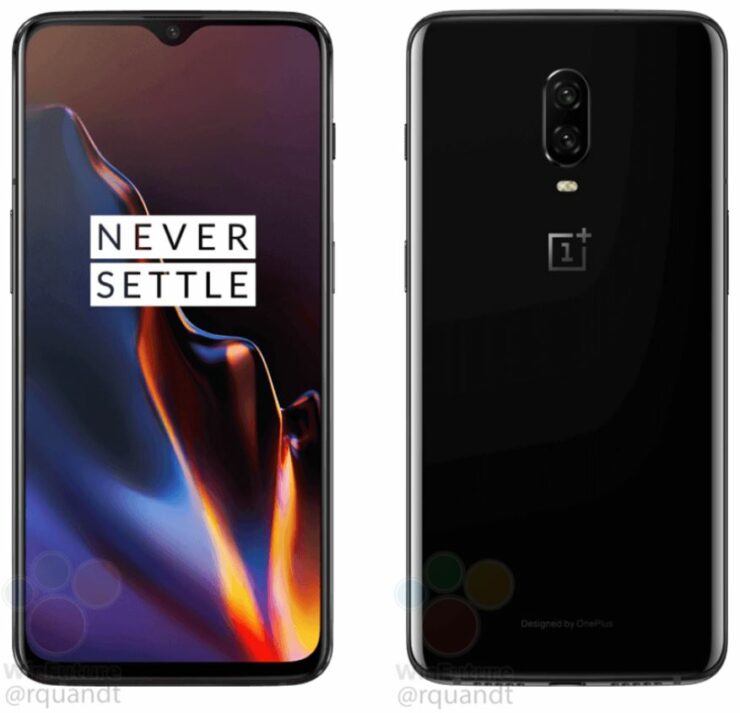 However, this is not the first time that we are seeing a teardrop design. The new design was first revealed by Oppo in August and now OnePlus seems to be adopting it which is not a surprise because both have the same parent company. OnePlus have brought several features forward from Oppo just to make it more appealing to users outside of China with revamped software and branding. 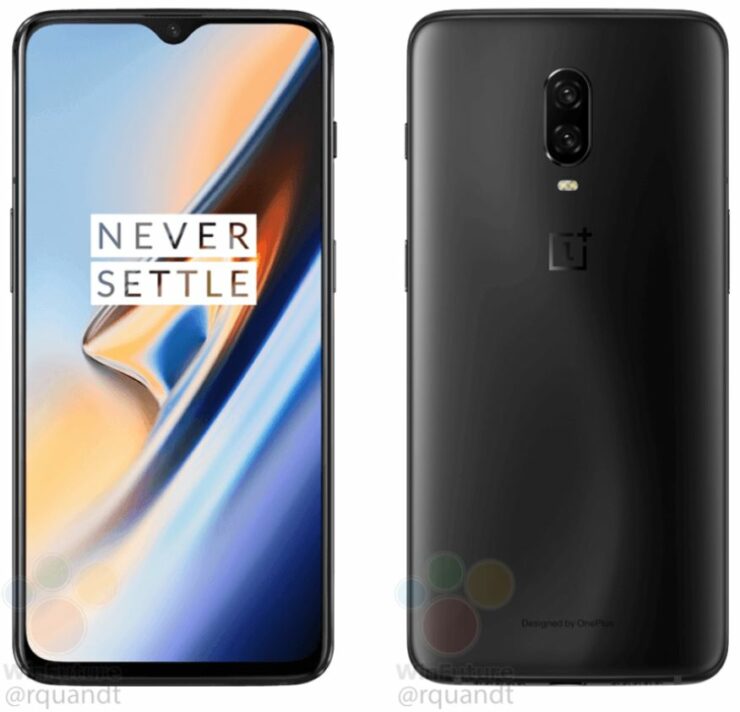 Other than the notch, the design of the OnePlus 6T looks pretty similar to the current model. Bezels are still minimal and there's also a little chin below the screen. Other than this, there have been no purported specification leaks for the device. From what we know, the OnePlus 6T will still feature the Snapdragon 845 coupled with 6 or 8GB of RAM, just like the OnePlus 6.

However, there are certain aspects of the device which the company has confirmed. For instance, the OnePlus 6T will not feature a headphone jack which will make room for a bigger battery. Moreover, another major addition which we are anxiously expecting is the in-display fingerprint sensor. This is the reason we don't see one at the rear of the leaked images.

The device will also launch with Android 9.0 Pie and if rumors are anything to go by, we expect the device to be sold by T-Mobile in the US. The company is expected to charge $550 for the baseline model, which is a little more compared to the OnePlus 6. As for the launch, it is highly expected that OnePlus will launch its flagship in mid-October, the same time OnePlus 5T was launched last year.

There will be more to the story, so be sure to stay tuned in for more details. This is all for now, folks. What are your thoughts on the latest OnePlus 6T leaks? Let us know in the comments.