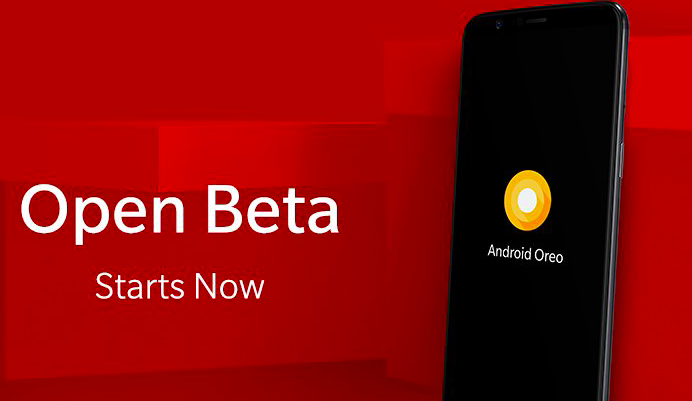 While the OnePlus 5T is the latest smartphone from OnePlus, it still is lagging behind other OnePlus flagships when it comes to Oreo update. The OnePlus 3/3T and the OnePlus 5 have been updated to Android 8.0 Oreo.

However, it won't be long when OnePlus 5T also gets the Oreo treat. Today, OnePlus Germany confirmed through a tweet that Android Oreo build should be available for the OnePlus 5T now. The tweet reads,"Christmas is over, but we still have a gift for you! 😉 How about's with the open beta for Android Oreo on the #OnePlus5T!"

Surprisingly, the OnePlus's official forum does not mention anything at all about the Oreo beta for the OnePlus 5T. We haven't found any download link for the update too, so it turns out that OnePlus Germany was just teasing about Oreo beta update and it should be available soon in the form of the OnePlus beta program for the 5T. It means that OnePlus is readying the Oreo beta update for the 5T and the users will soon get the opportunity to experience it.

Amidst the many devices that are receiving Oreo updates, we now have the Moto X4 (Android One edition) joining the ranks. The Android One Moto X4 was launched with Android 7.1 Nougat, and it is now being updated to Android 8.0 Oreo via OTA update. This variant was available via Motorola and on Google's Project Fi, it was shipped with Android One OS offering stock Android experience.

The update is rolling out to the Moto X4 (Android One) now, and being an OTA update, it may take some time before reaching every unit. Users must ensure that they are on a stable WiFi connection when downloading the update.