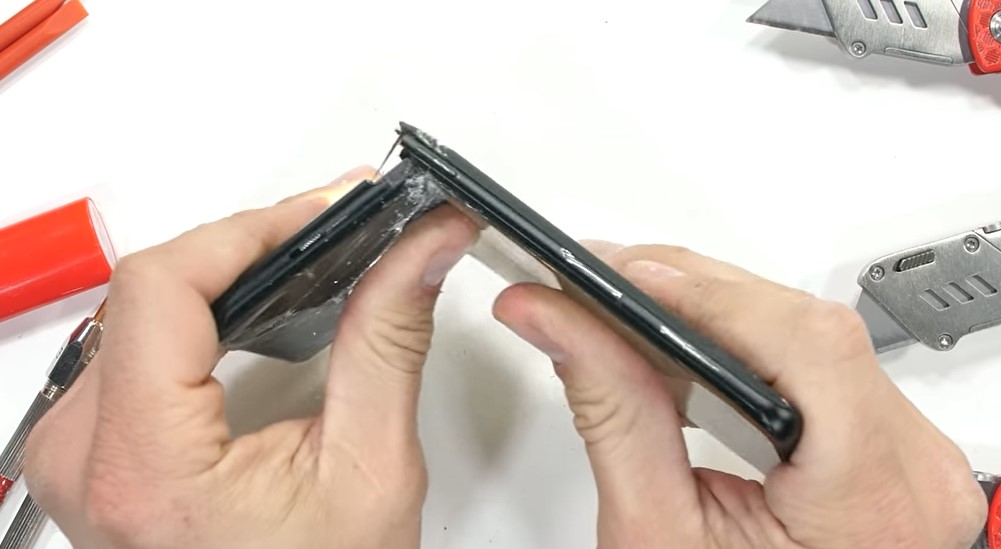 It has only been a month since the OnePlus 10 Pro came out and while the phone is still waiting for its international release, the latest durability test might sway your decision the other way. Now, I would suggest that you do not take this test as seriously because this is not subjected to real-life and how phones are treated, but still, the test alone is jarring.

The OnePlus 10 Pro Snaps in Half Like a Fish Cracker

The test was conducted by none other than Zack from JerryRigEverything and considering how he is a common name for all the tech enthusiasts, seeing a OnePlus 10 Pro shatter in half is painful at best. Why? Well, OnePlus phones have always been very durable but this seems to be different this time around. Luckily, Zack did provide a reason as to why the phone snapped in half. But for now, you can just look at the video.

As you can see in the video, the phone cracked in half and ended up looking like a Galaxy Z Flip device. Surprisingly, despite being snapped in half, the flash was still working but I doubt you can salvage anything from this big of damage.

As to what caused this issue? Well, further teardown reveals that because of the massive size of the dual 2,500 mAh cell design, the phone lacked a lot of structural integrity and the lack of that integrity is what caused the phone to snap in half.

OnePlus still has not released the 10 Pro internationally but if you are interested in getting the device imported to your country, I would highly suggest that you go through the video before you buy the phone.