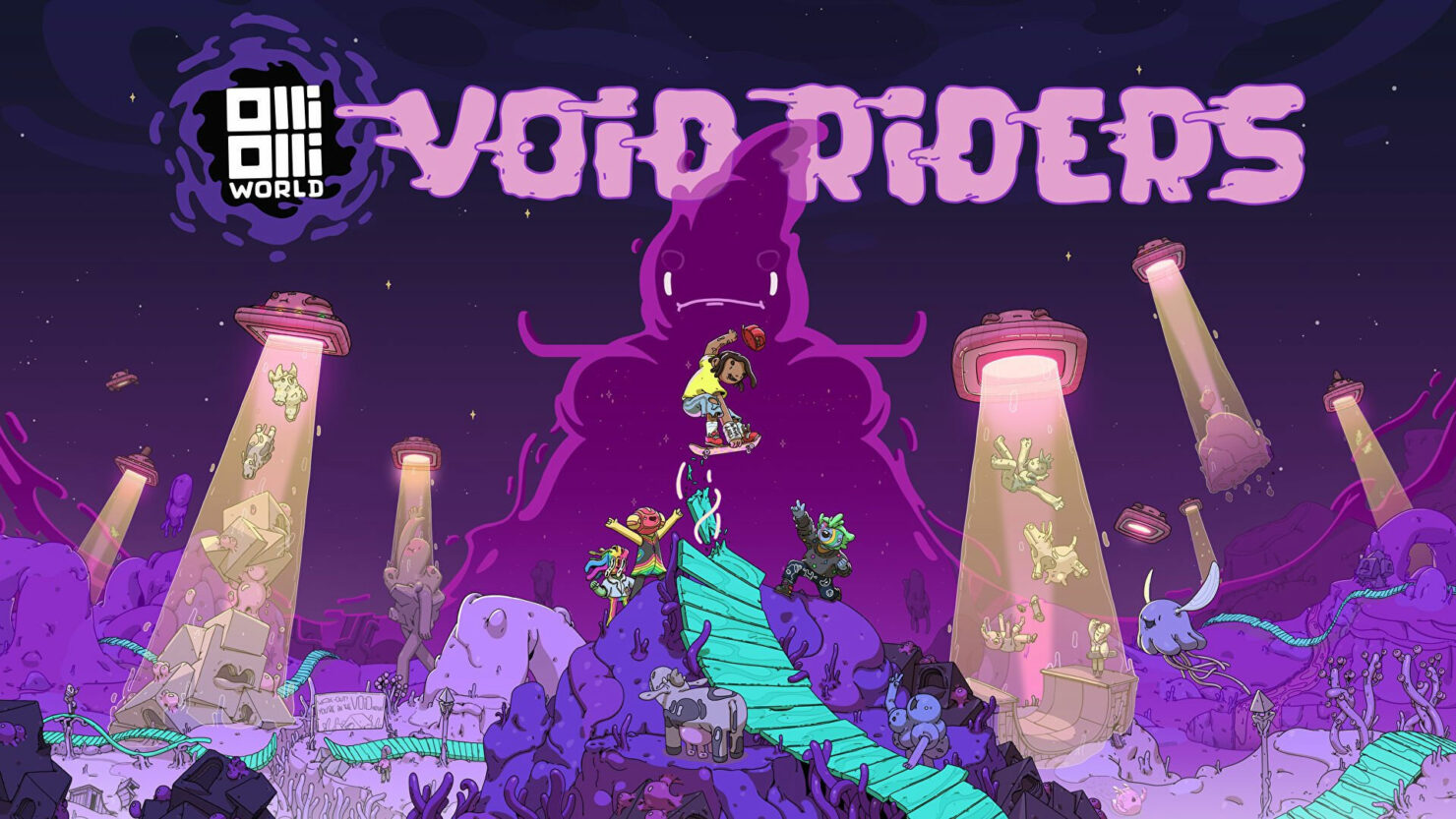 OlliOlli World is a simple-to-understand game with colorful visuals; skateboard across the lush, vibrant 2.5D landscapes and reach the end of the level, which takes you through various locales. The game’s out now on most modern consoles, and the developers have information on a new expansion releasing soon.

This new DLC, titled “VOID Riders,” is the first of two DLC expansions, with multiple new locales and lots of new collectible cosmetics and gear. The game’s expansion also has a brand-new trailer to go with it, and you can watch that below.

The VOID Riders expansion’s main plot is as follows, quoted from Private Division:

Skate me to your leader—the VOID Riders have landed in OlliOlli World‘s first expansion! Extra steezy extraterrestrials—Sair’Rah, Khehvyn, and Pftangxi—-have arrived in Radlandia, intent on acquiring skate specimens for the mighty Nebulord. “VOID Riders” brings a brave new world of challenges and space-age gear as you prepare to enter and explore an alien biome: the V.O.I.D.

Feel the flow as you trek across the snowed-in Cloverbrook, grind the eerie Sunshine Valley, and visit storming Burntrock. While traversing Radlandia, find yourself swept up in alien abduction with the new tractor beam mechanic. Stick the landing and impress Nebulord with your extraterrestrially-inspired style and you may just find yourself in favor to become his favorite skate alien.

This expansion, priced at $9.99, allows players to skate through newer levels of Sunshine Valley, Cloverbrook, and Burntrock, but with a brand-new mechanic; beams from the UFO can alter jump momentum, allowing for much bigger jumps and payoffs from going airborne, and mastery of this tool will make for quite the visual spectacle.

Most of the game’s update cosmetics are space-age and science fiction-themed, akin to the theming of this DLC. As for a release date, the VOID Riders will be touching down on June 15th, 2022, on all platforms the game is currently on. As for the second DLC, we’ll update when more information for that project is released.