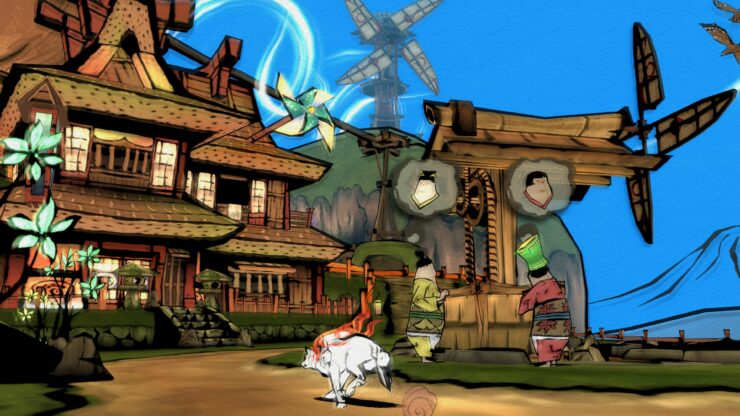 Earlier today, it's been confirmed that Okami will be released on PC, PlayStation 4 and Xbox One in Japan this December, complete with 4K support. Now, Capcom confirmed that this highly anticipated remake will be making its way West as well.

Okami HD will launch in North America and Europe a few days before it hits Japan, on December 12th. The game will be available for the price of $19.99 in North America, with the PlayStation 4 and Xbox One versions also getting a retail release.

Capcom also shared some gorgeous 4K screenshots, which can be checked out below.

Not counting the graphical enhancements, Okami HD looks like won't be too different from the original release, with players controlling the Japanese Sun Goddess Amaterasu as she fights Orochi and restores the world.

Okami HD launches on PC, PlayStation 4 and Xbox One on December 12th.