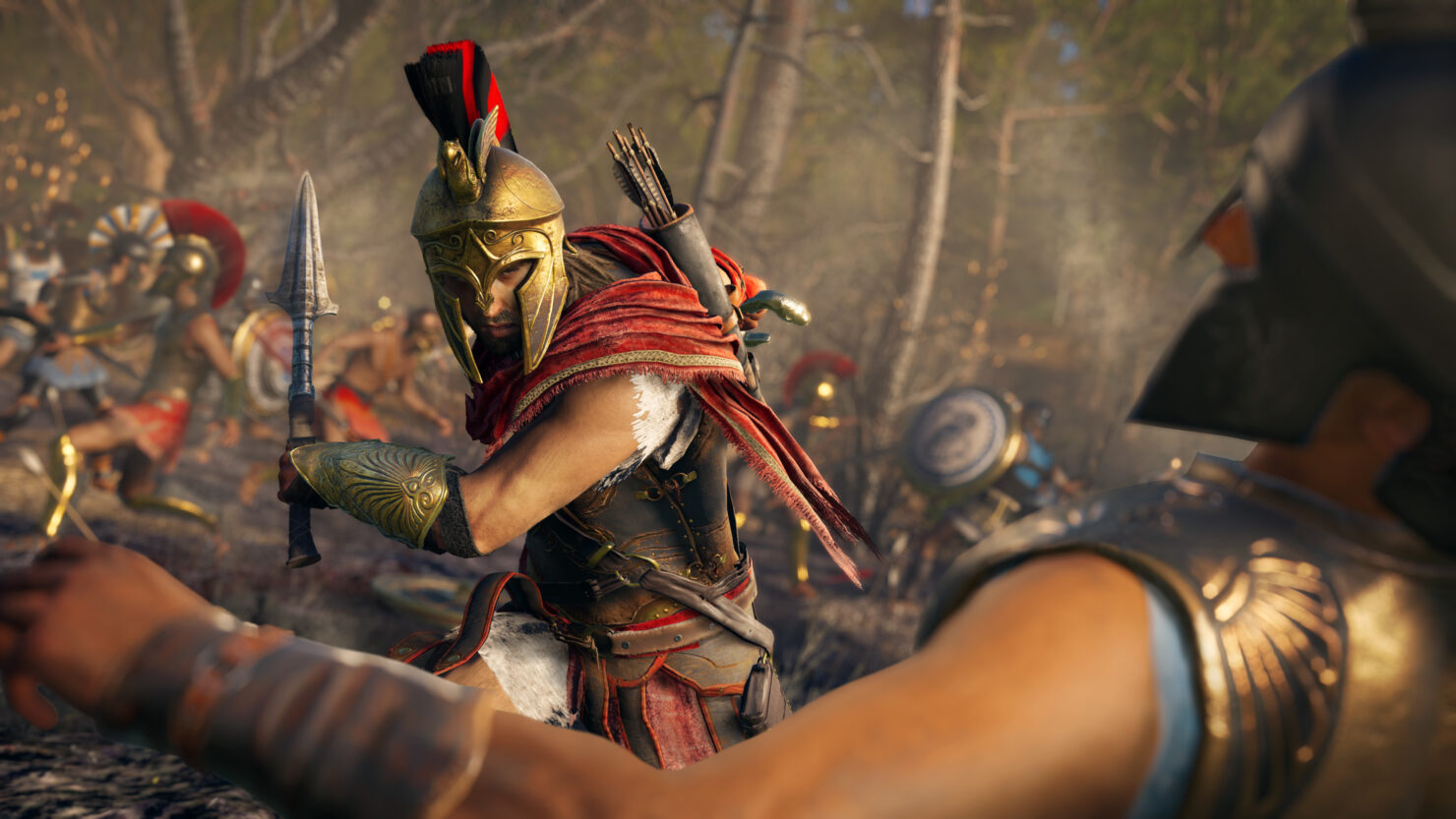 In an interview with the Official Xbox Magazine (October 2018, issue 168), Creative Director Jonathan Dumont revealed that the main storyline of Assassin's Creed Odyssey was inspired by a Greek tragedy, though he didn't specify which one.

He also discussed the branching choices available to players in Assassin's Creed Odyssey, a first for the franchise. They'll be tough, he reckons, but not punishing in any way.

We try to say that there are no wrong choices. They’re all choices that you make and they’re all valid. They’ll give you what you are looking for I guess, but I think most of the time people try to be nice. I hope. It’s okay to decide depending on the situations – we have multiple storylines, but we have a main storyline that has quite a bit of it inspired by a Greek tragedy so we try to put you into situations where choices will be tough – not necessarily what the impact will be but they’re very emotional. When they make a choice after that in the world we also give you options so you can lie, romance, or decide to attack people in the dialogue as well so those will have immediate consequences. You sort of know where you want to guide things, and sometimes lying to somebody can be beneficial, sometimes it won’t be – it’s up to you to explore. We don’t try to punish players, play your story and it will all pan out in the end I’m sure! But really each situation we try to make you make some decision, either short term, long term or medium term decisions or building up relationships with characters. It’s not about being good or bad, it’s more like, do what you feel you should do here, and you get different results from different players.

It’s more: here’s a big storyline and a storyline about making personal choices and those choices will have an impact down the road, or immediately. It’s not about influencing a faction necessarily or having an effect on the main storyline, it is much more about your personal journey. We tried to look at it as what would happen in this Greek tragedy if the main character had decided to do this instead, so we were looking at it more from a classical storytelling point of view, rather than into a system point of view, to feel more natural. Or at least we think it feels natural.

With Assassin's Creed Odyssey, Ubisoft added even more RPG elements to the foundation already established by Origins last year. We'll be able to check the results in less than a month when the game is due for release, though in the meantime you may want to read what Rosh wrote about his recent encounter with the Medusa at Gamescom 2018.