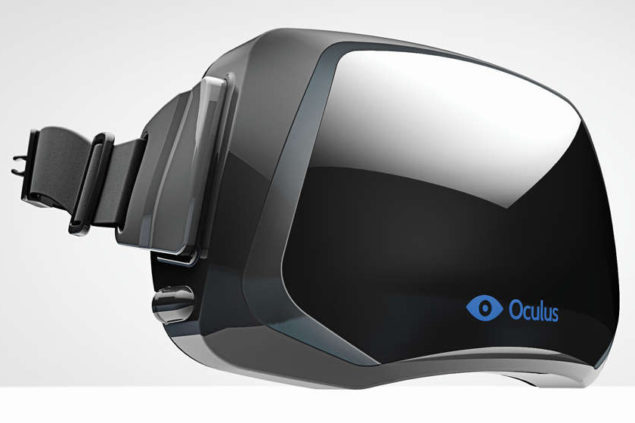 For instance, it's been confirmed that there will be dedicated apps from streaming services like Twitch, Netflix, Hulu and more providing viewing experiences in VR. ADR1FT, a first person experience game made with Unreal Engine 4, has been delayed from its original October release window to the first quarter of 2016 in order to make it an Oculus Rift launch title.

However, the biggest news might have been extracted by PC Gamer, while speaking to VP of Product & Co-Founder Nate Mitchell. He said that the Oculus Rift will cost at least $300 and that's part of the reason why the company is still not taking pre-orders yet.

Mitchell then added that they're more likely to do something akin to the way Apple launches its products, by only offering pre-orders very close to the actual release date.

Going back to the price itself, though, this seems to be in line with what Sony hinted when they talked of PlayStation VR as priced like a gaming platform. It's likely that both VR devices will cost $300 or even more, which is not going to be an easy barrier to overcome for many customers.

The success of VR is still far from certain

That's not even the only barrier that VR will face. Motion sickness still hasn't been completely eliminated, and if they can't figure this out why would people spend a lot of money in order to buy something that they can't even use?

This is why I still think that the success of VR as a whole is far from certain, and I've tried the Oculus Rift multiple times since the very first prototype with the Doom 3 demo. For instance, game developers will have to choose between simplifying graphics or dealing with titanic system requirements; at the basis of virtual reality there's still the good old stereoscopy, which requires the creation of two images instead of one in order to create depth. That's not even everything, as VR requires very high frame rates in order to minimize dizziness and nausea, which in turn increases the system requirements even further.

Essentially, you'll either have to accept a significant step back in terms of pure graphics in games or spend a lot of money to own a sufficiently capable system. Why would you, though, when you could be playing at 4K, watching a perfect 2D picture with no motion sickness problems whatsoever?

Still, with companies like Sony and the Facebook-owned Oculus backing it, VR has never stood a better chance to succeed. Will it be enough? Only time will tell, but stay tuned and we'll be sure to report anything relevant about this emerging technology.