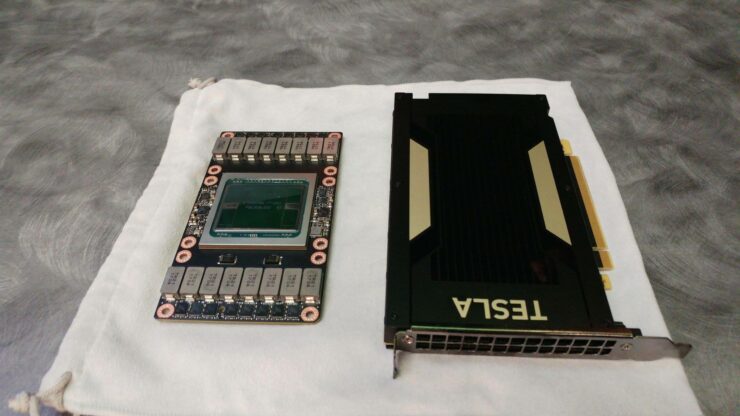 The GV100 Volta GPU that sits at the heart of each of these upcoming Tesla accelerators is a massive 815mm² chip with over 21 billion transistors built on TSMC's new 12nm FinFET manufacturing process. At 1455MHz the Tesla V100 delivers 15 TFLOPS of single precision compute and 7.5 TFLOPS of double precision compute at 300W. It's worthy of note that just like the P100, the V100 does not feature a fully unlocked GPU. The GV100 GPU houses 5376 CUDA cores but only 5120 are functional in the Tesla V100. 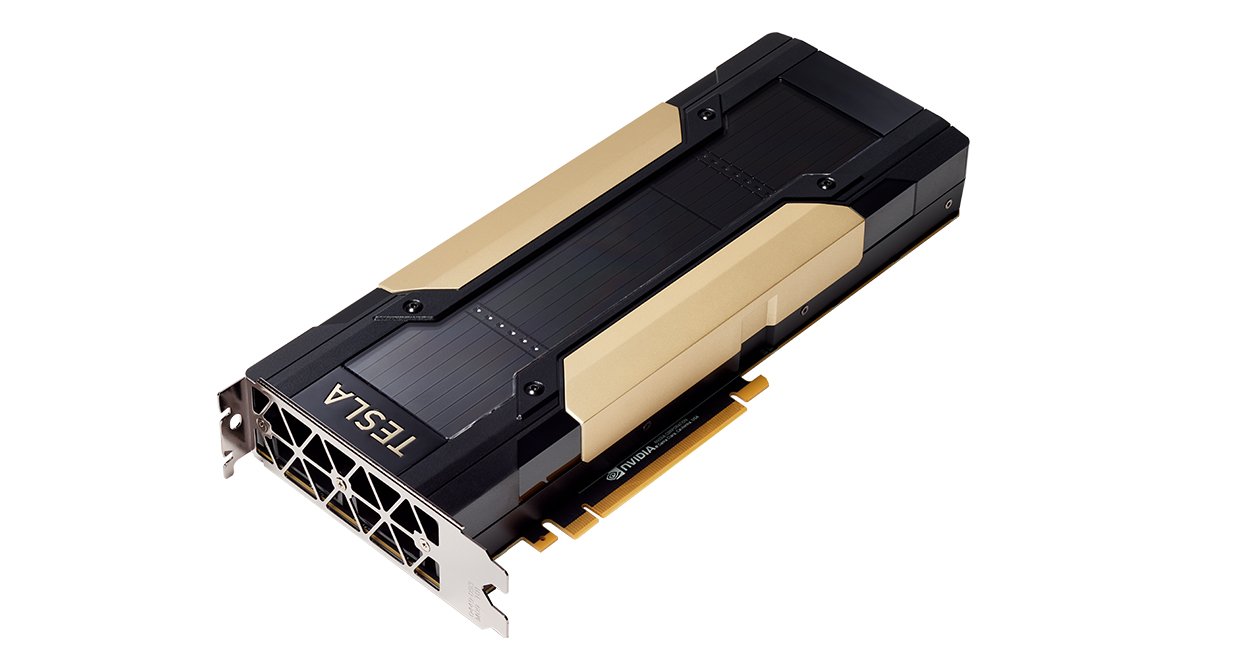 For hyperscale datacenters NVIDIA has managed to cram that same 815mm² GV100 GPU into a card the size of a CD case. At half the power the 150W hyperscale Tesla V100 naturally won't be as fast as its 300W bigger brother but it's close. How close? NVIDIA isn't disclosing that information just yet. 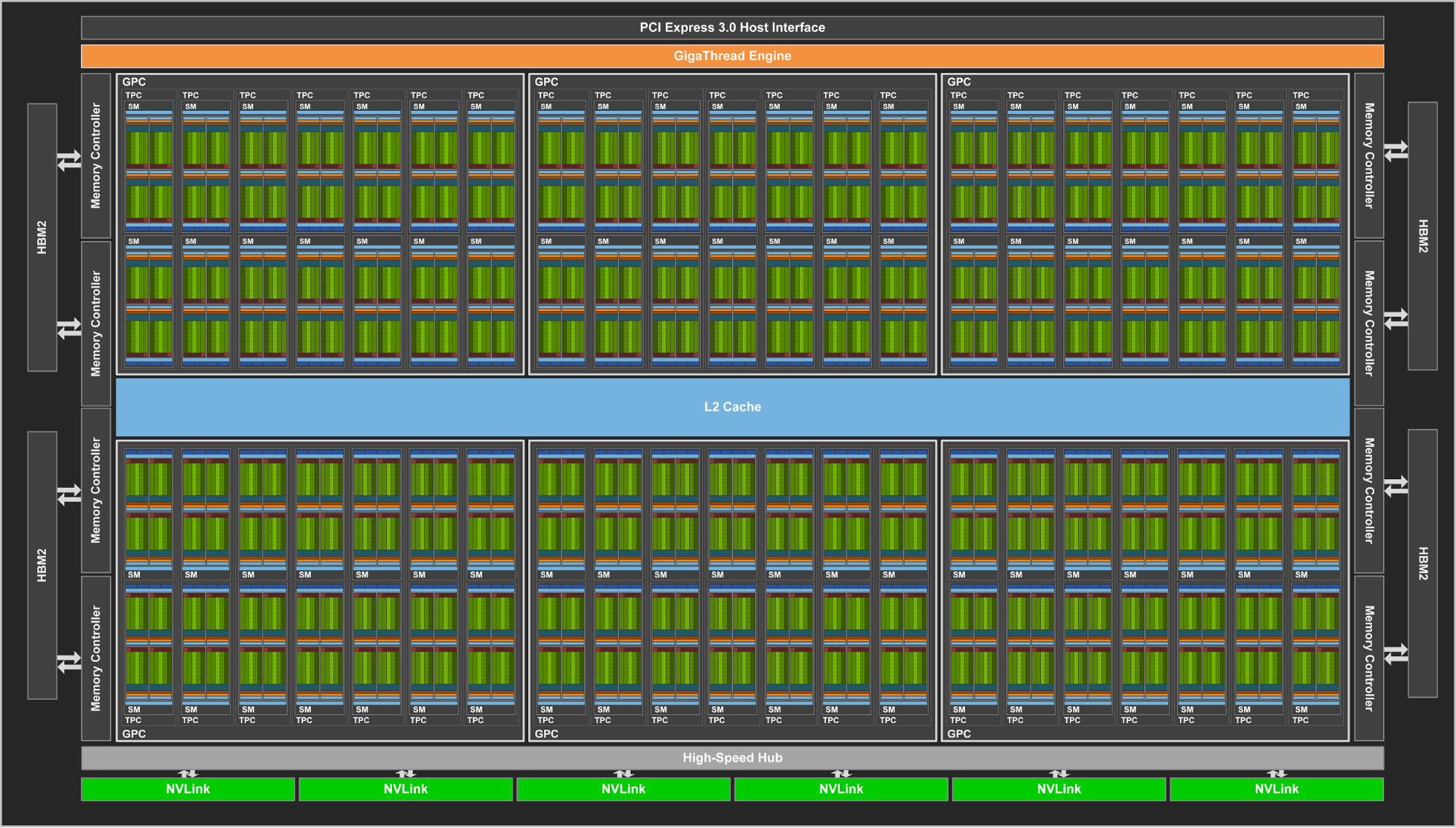 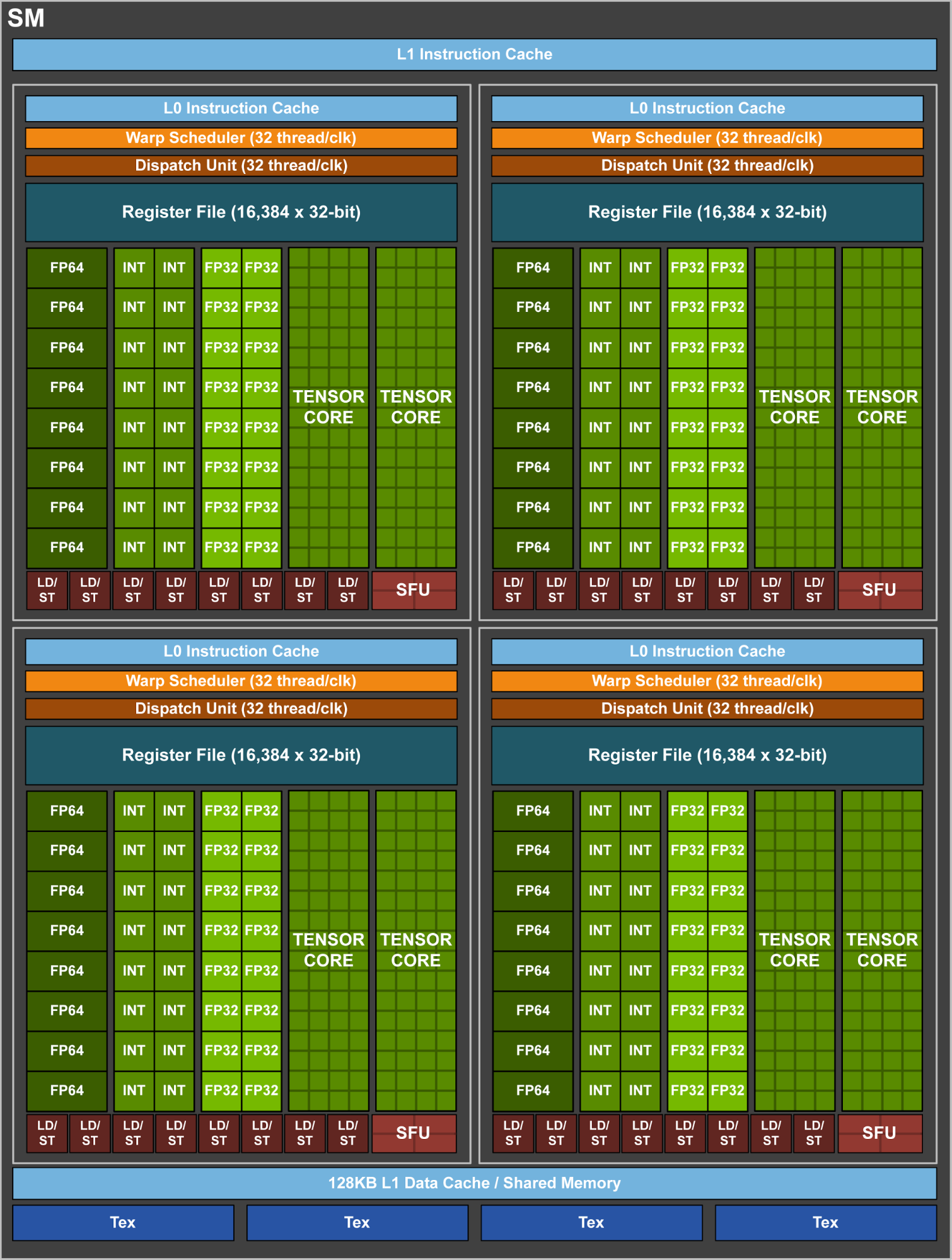 The key architectural improvements from Pascal to Volta include :