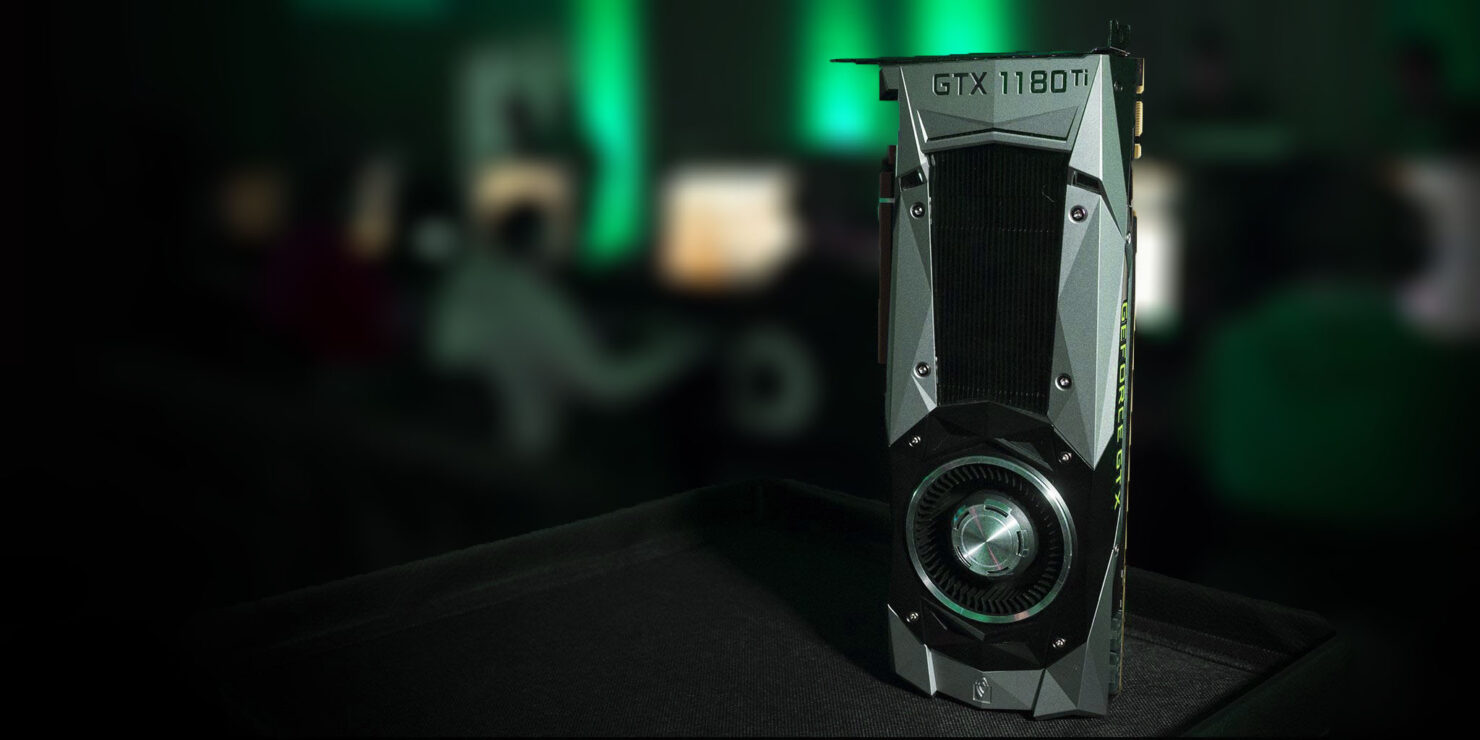 NVIDIA’s highly anticipated GeForce 11 series GPUs based on the company’s brand new Turing graphics architecture are at least a few months away from making it to your local PC hardware retailer, last we heard you can expect an announcement from the company by July.

However, fear not, you will not have to wait that long to dip your toes in the ever warming waters of Turing. That’s right, benchmarks and specifications for the company’s upcoming flagship gaming graphics card, the GeForce GTX 1180 Ti, have been leaked and they are nothing short of unbelievable.
So, without any further ado, let’s dig right into this feast of figures! 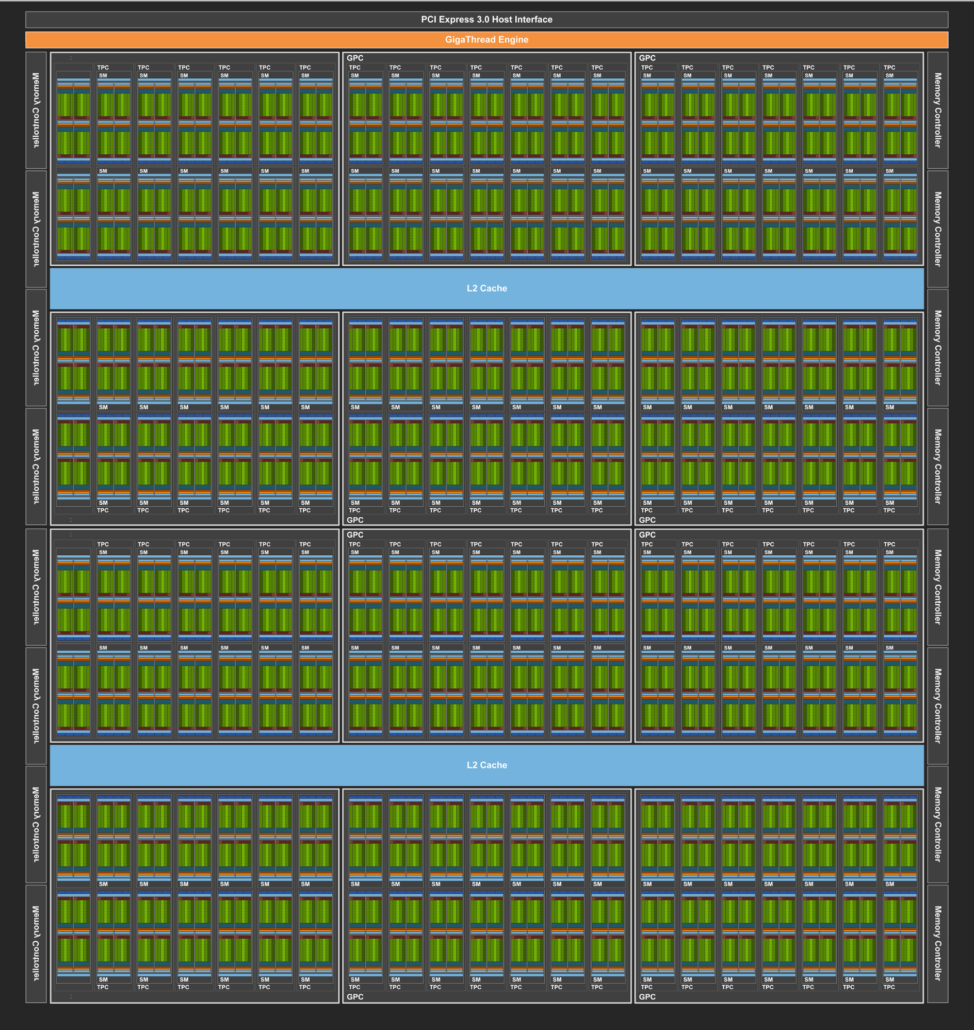 The GTX 1180 Ti is based on the company’s all new GT102 GPU featuring over ten thousand unified CUDA cores running at a staggering 2.5GHz boost clock speed. All paired with 32GB of super fast 16Gbps GDDR6 memory. 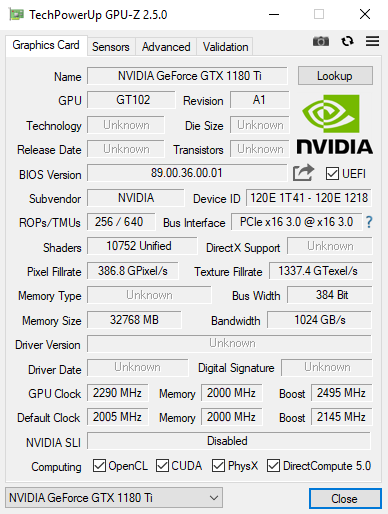 The 1180 Ti is an absolute monster by all accounts, with double the CUDA cores of NVIDIA’s mammoth GV100 GPU and a near 70% the boost clock speed you’re looking at performance that would resurrect the dead! With 10752 CUDA cores on tap we’re talking about a GPU that would even trounce two GTX Titan V cards in SLI. Forget about 120Hz 4K gaming, we’re in 8K gaming territory now.

First up we have Bethesda’s futuristic extra-terrestrial RPG Starfield. This is the latest creation of award winning game director Todd Howard, who’s known for directing games like Skyrim and Fallout 4. Thanks to AMD’s partnership with Bethesda, we know that this game favors the red team. But that did not hold the 1180 Ti back in any way, managing to make a fool out of its predecessor the 1080 Ti and even deliver more than double the performance of NVIDIA’s $3000 Titan V.

Next up we have CYBERPUNK 2077, another triple A futuristic RPG game. This time by polish game development house CD PROJEKT RED, famous for their beloved Witcher series. This game doesn’t seem to particularly favor any one brand over the other, not that it makes any difference to the 1180 Ti which again delivers a mind-numbing 137 frames a second, while every other card has to cede defeat with egg on face.

Moving on to the next test we have Metro Exodus, the latest installment in the Metro series and the first game to feature NVIDIA’s brand new GameWorks Ray Tracing tech – RTX -- for photorealistic lighting. Pascal based GPUs and AMD’s Vega scramble to render RTX but fail to deliver playable framerates. Yet again, we absolutely face no need to walk on egg shells here. The 1180 Ti leaves every other card in shell shock.

Finally, we have benchmarks for a game that every PC gamer has been waiting for, Half Life 3. It's worthy of notethat this is a yet unannounced early pre-alpha version, so keep that in mind when looking at the figures. Here, the GTX 1180 Ti doesn’t seem to care that it’s a pre-alpha and yet again delivers irresponsible amounts of performance.

Now that we got the benchmarks out of the way, let’s talk about one of the most important things about this card, the price. A brand spanking new GTX 1180 Ti will cost you $749 when it comes out, which considering its blisteringly fast performance is a bargain really. Although there are a couple of key things to keep in mind.

NVIDIA is introducing a brand new service called Elite GeForce Experience which will allow users to download game-ready drivers a week in advance of game releases, share and download overclocking profiles as well as enjoy NVIDIA partnered titles for free.

GeForce Edge is another service that the company is introducing with the 1180 Ti and it comes in three tiers. Tier 3 unlocks the boost clock functionality of your GTX 1180 Ti, Tier 2 unlocks half the GDDR6 memory on your card while Tier 1 unlocks half of the ROPs on your card. Each tier costs $29.99 a month. Then there’s the GeForce Edge Plus subscription which unlocks all the hardware on your card and costs $69 a month.
Without GeForce Edge the GTX 1180 Ti will only have access to have its memory, half its ROPs and no boost functionality.

A valid subscription of both services is recommended for optimum performance. So there you have it folks, the ultimate performance comes at the expense of some slight inconvenience.