Last week, NVIDIA's CEO Jen-Hsun Huang announced the GeForce GTX 690 at the NVIDIA Gaming Festival floor. Today the GPU has been launched by various vendors claiming the title of the worlds fastest GPU ever made.

The GeForce GTX 690 is not only the worlds fastest GPU ever but also an engineering marvel combining some of the most innovative technologies ever assembled within a GPU design, These include: 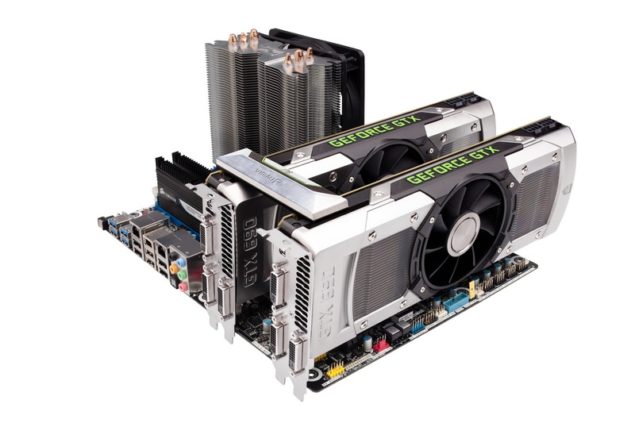 Even though each core of the GPU runs at lower clock speeds compared to the GTX 680, it still manages to deliver the same amount of performance as two 680's in SLI configuration at only 300W TDP. A single GTX 680 for reference has a 195W TDP design. That's quite some power efficient card which still delivers the most fastest gaming performance ever seen.

Various vendors are now retailing the cards for an MSRP of $999. You can check out the reviews below from various hardware sites: