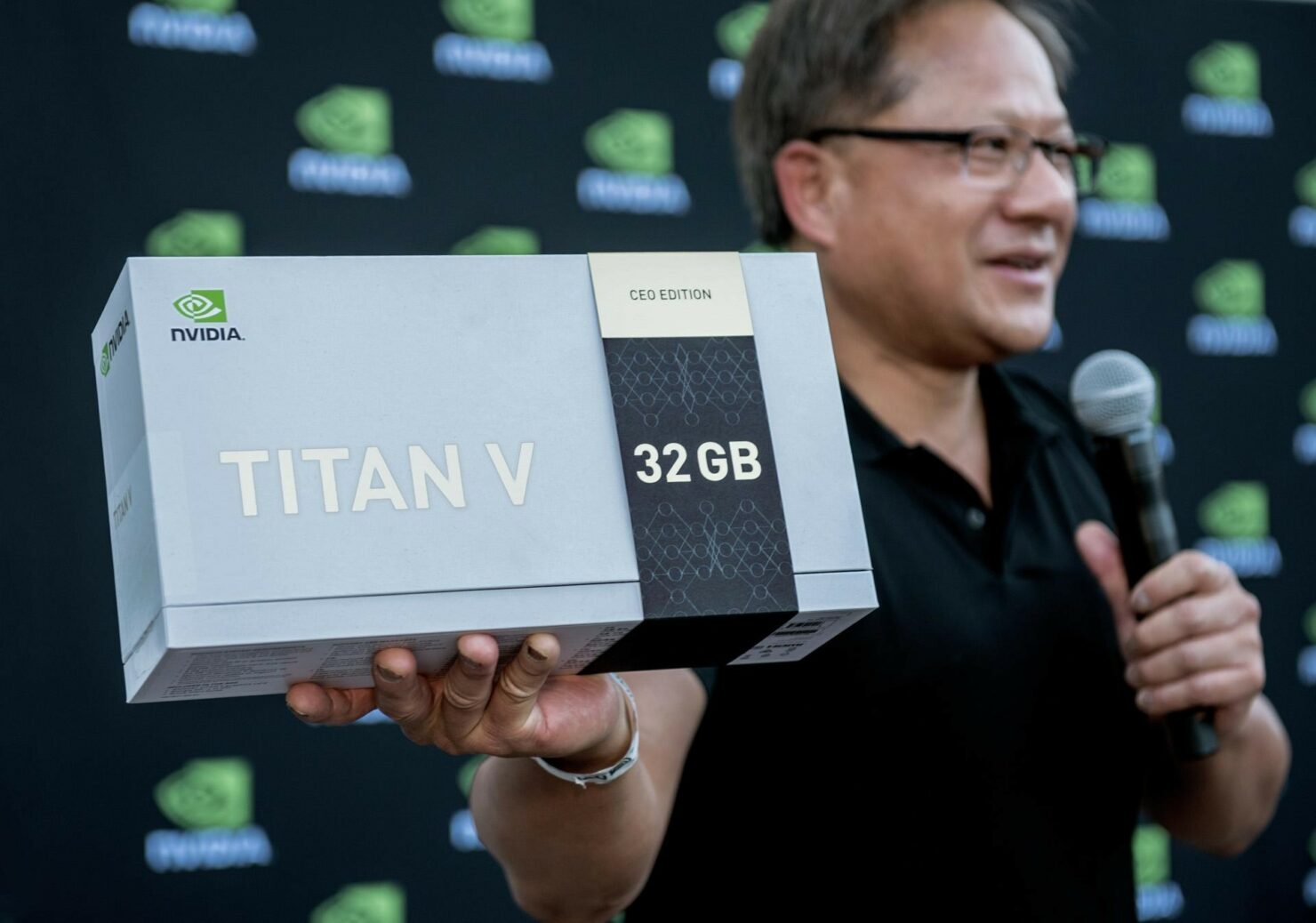 NVIDIA's CEO has just given away a special variant of the Titan V graphics card known as the NVIDIA Titan V CEO Edition to 20 AI researchers. The event took place at the Computer Vision and Pattern Recognition conference in Salt Lake City, Utah, where Jensen Huang met with the top AI research teams. 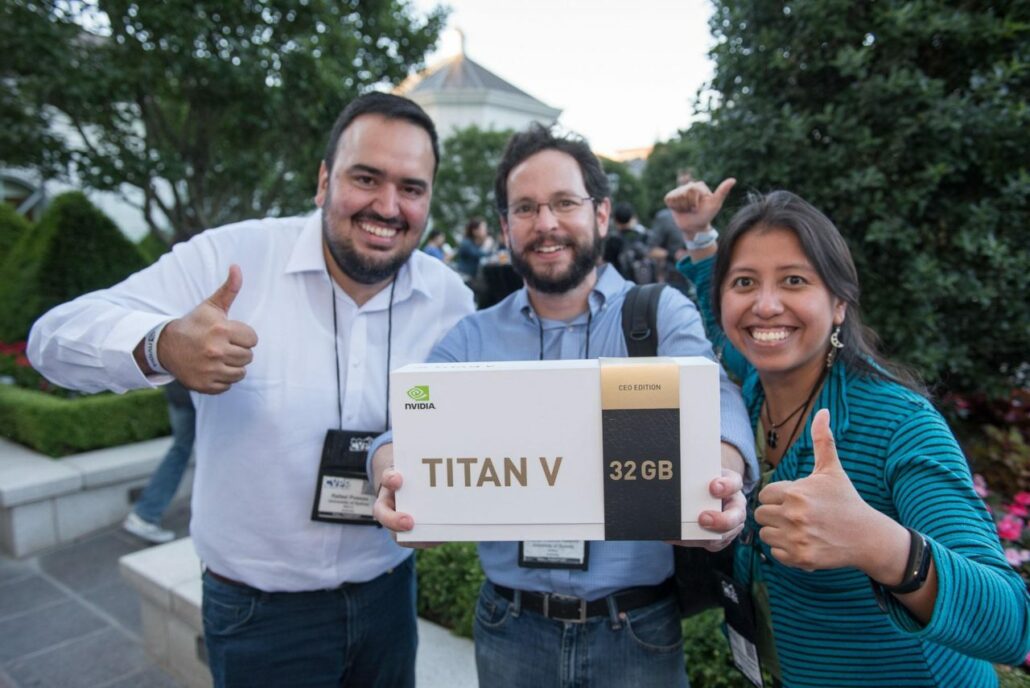 Titans for the Titans of AI

Among the lucky ones was AI researcher Fabio Ramos, from the University of Sydney who is doing groundbreaking work in the field of robotics.

“My work is focused on helping robots make decisions autonomously. I hope to use this to help advance my work to help robots take care of elderly people,” he said, as other guests noshed on chicken sandwiches prepared by Food Network star Viet Pham.

The limited edition GPU is built on top of NVIDIA’s breakthrough Volta platform. It features our revolutionary Tensor Core architecture to enable multi-precision computing. It can crank through deep learning matrix operations at 125 teraflops at FP16 precision. Or it can blast through FP64 and FP32 operations when there’s a need for greater range, precision or numerical stability.

With 20 of their peers equipped with some of our most powerful GPUs to accelerate their work, these won’t be the last to be so honored.

“There’s all kinds of research being done here. As someone who benefits from your work, as a person who is going to enjoy the incredible research you guys do — solving some of the world’s grand challenges — and to be able to witness artificial intelligence happen in my lifetime, I want to thank all of you guys for that,” Huang said. “You guys bring me so much joy.” via NVIDIA

The NVIDIA TITAN V CEO Edition is based on the same GV100 GPU as the Quadro GV100 and the first Titan V graphics card. It features a total of 5120 CUDA cores and 320 texture units. This is the exact same amount of cores featured on the Tesla V100.

In addition to the regular cores, the card also packs 640 Tensor Cores inside the Volta GPU. These are geared for maximum deep learning performance as the card can crunch up to 125 TFLOPs of GPU performance for AI-related algorithms. Even with such hefty specs, the card only requires an 8 and 6 pin power connector configuration to boot and comes in a 250W package.

The memory architecture is updated with eight 512-bit memory controllers. This rounds up to a total of 4096-bit bus interface that supports up to 32 GB of HBM2 VRAM which makes it the largest HBM based frame buffer ever provided on a Titan graphics card. The bandwidth is boosted on the card to deliver increased transfer rates of up to 900 GB/s compared to 720 GB/s on Pascal GP100. Each memory controller is attached to 768 KB of L2 cache which totals 6 MB of L2 cache for the entire chip. Considering all the memory controllers are active, we can also expect more ROPs that will increase performance over the regular Titan V. Some features include:

The graphics card was awarded to 20 AI researchers and won't be available in the retail market due to being a special edition variant.