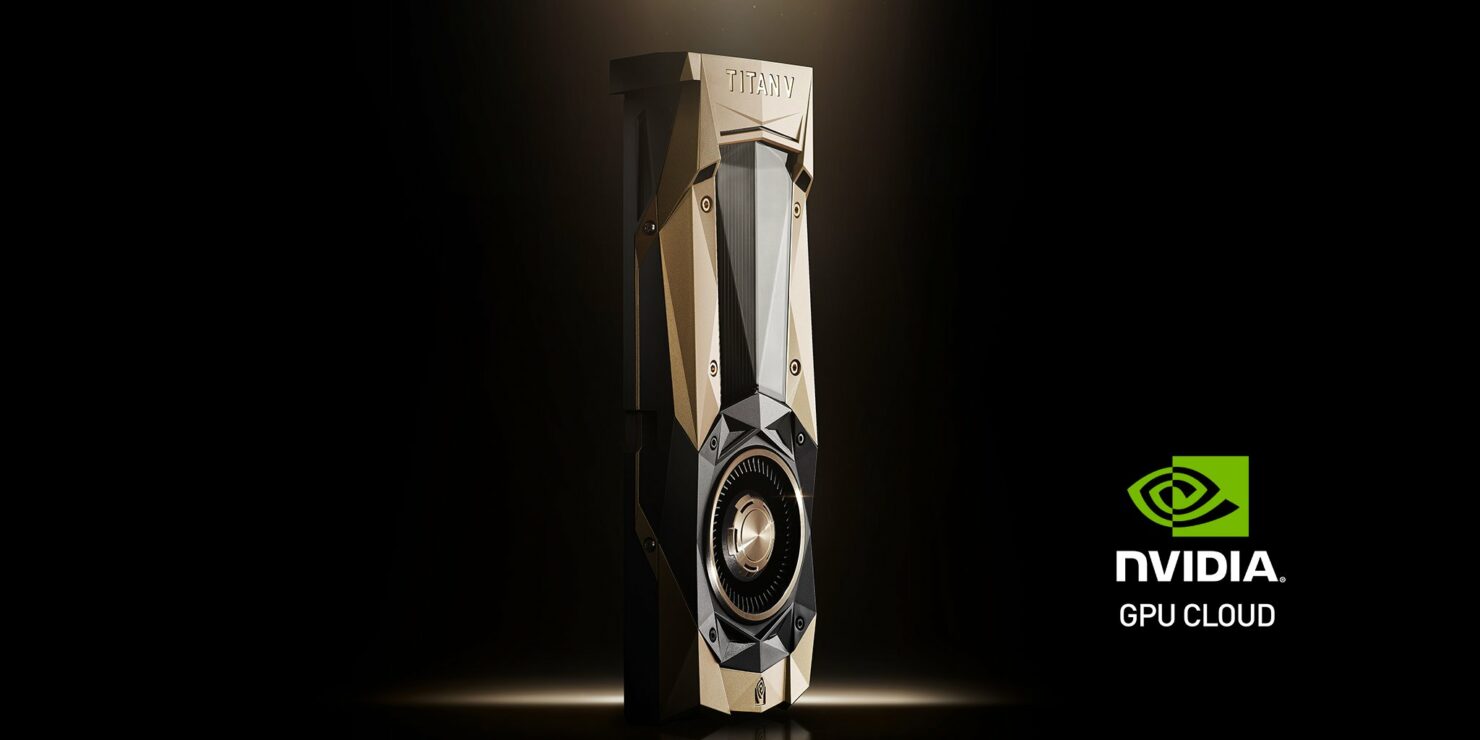 The NVIDIA TITAN V graphics card features the latest 12nm Volta GPU architecture and as such, it is infused with the latest technologies that NVIDIA has to offer. Featured in the TITAN family, the GPU will be aiming at the prosumer market and as such, you can expect a really hefty price as this bad boy will cost $3000 US.

Announced by NVIDIA founder and CEO Jensen Huang at the annual NIPS conference, TITAN V excels at computational processing for scientific simulation. Its 21.1 billion transistors deliver 110 teraflops of raw horsepower, 9x that of its predecessor, and extreme energy efficiency. 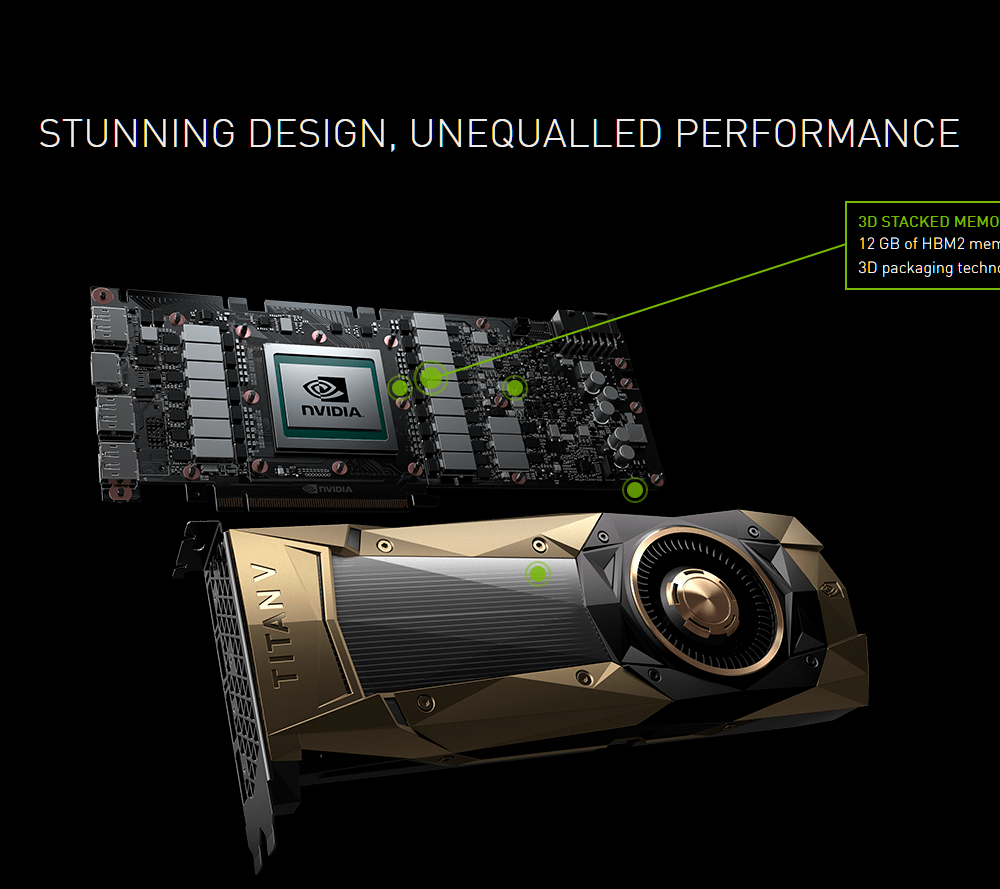 “Our vision for Volta was to push the outer limits of high performance computing and AI. We broke new ground with its new processor architecture, instructions, numerical formats, memory architecture and processor links,” said Huang. “With TITAN V, we are putting Volta into the hands of researchers and scientists all over the world. I can’t wait to see their breakthrough discoveries.” via NVIDIA 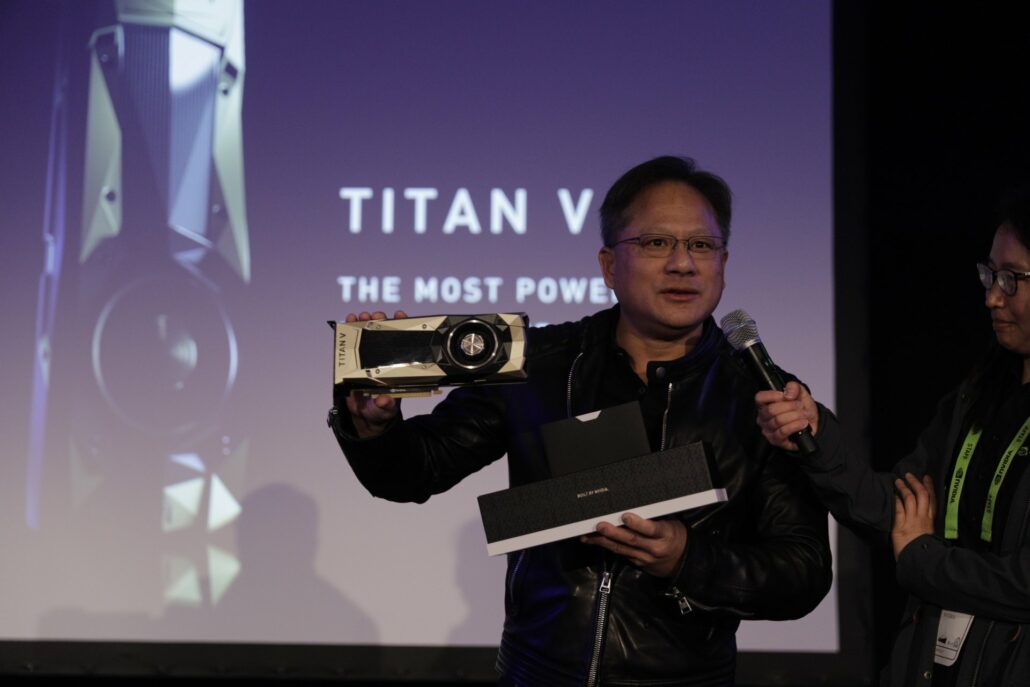 In return, you are not only getting the awesome new Volta GPU architecture "GV100", buyers also get 12 GB of HBM2 memory. Yup, this is the first TITAN graphics card and also the first NVIDIA line of graphics cards (Non Quadro / Non Tesla) to feature HBM2 memory.

The NVIDIA TITAN V is based on the GV100 GPU architecture and features a total of 5120 CUDA cores and 320 texture units. This is the exact same amount of cores featured on the Tesla V100. In addition to the regular cores, the card also packs 640 Tensor Cores inside the Volta GPU. These are geared for maximum deep learning performance as the card can crunch up to 110 TFLOPs of GPU performance for AI related algorithms. The entirety of the core is clocked at 1200 MHz base and 1455 MHz boost. Even with such hefty specs, the card only requires an 8 and 6 pin power connector configuration to boot and comes in a 250W package. 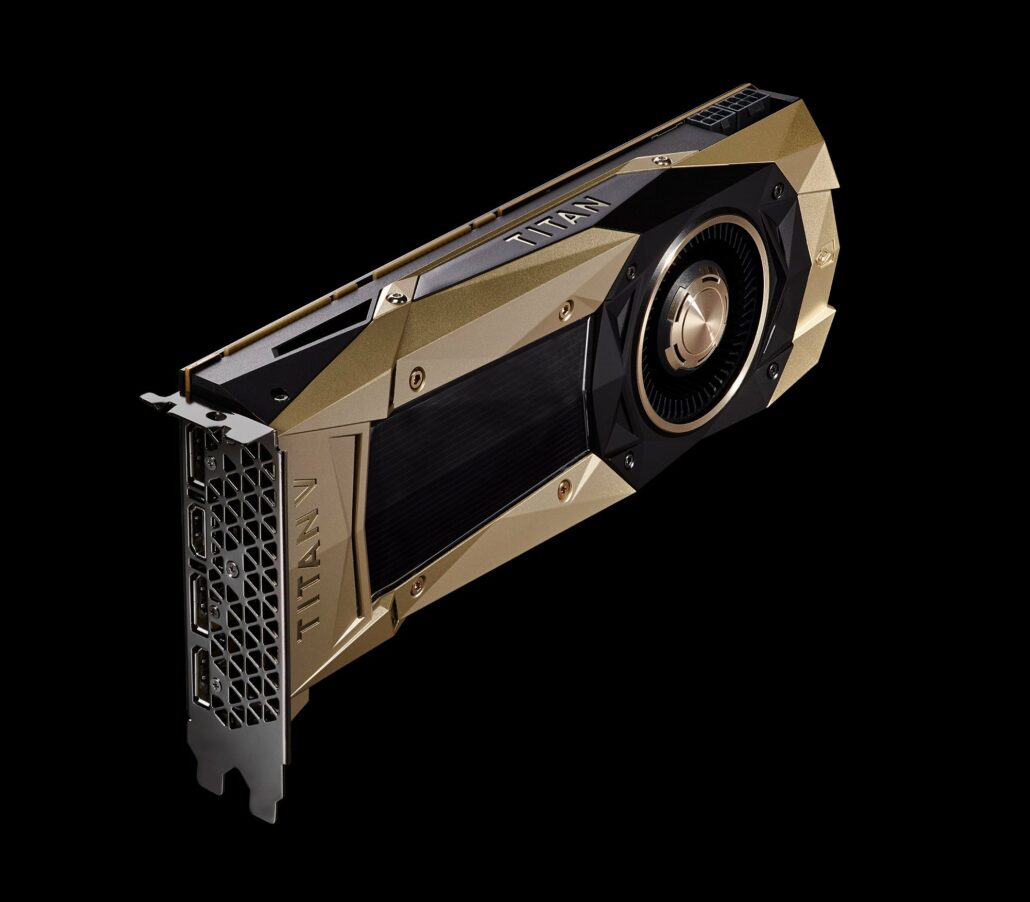 Overall, this graphics card can be used for both professional and regular workloads such as gaming and it will be interesting to see what kind of punch this card packs. While the price is definitely high, there are many things on board the Titan V that regular consumer cards don't have and hence it is suited for professional workloads. These features include:

Aside from the specifications, the NVIDIA TITAN V rocks the same NVTTM cooler we have come to know and love since the Pascal GeForce 10 series cards. The card features only one difference and that is the naming etched on the front. It also comes with a gorgeous gold die-cast aluminum body and a superior vapor chamber cooling system for the best thermals possible. The PCB is a 16 phase DrMOS with real time integrated current and thermal monitoring capabilities.

NVIDIA Supercomputing GPU Architecture, Now for the PC
TITAN V’s Volta architecture features a major redesign of the streaming multiprocessor that is at the center of the GPU. It doubles the energy efficiency of the previous generation Pascal™ design, enabling dramatic boosts in performance in the same power envelope.

Immediate Availability
TITAN V is available to purchase today for $2,999 from the NVIDIA store in participating countries.