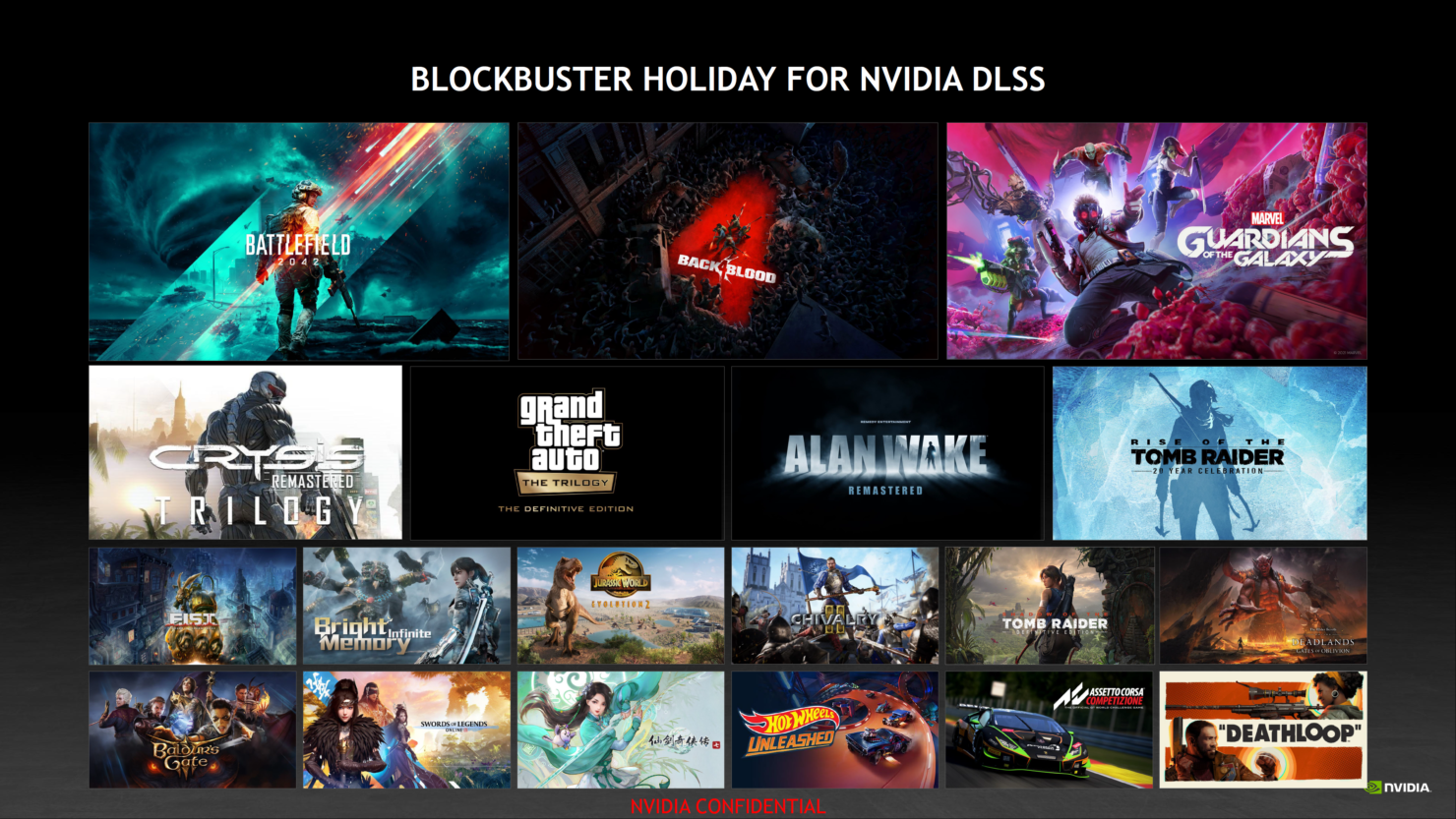 NVIDIA has further dived into details regarding its AI-supercharged DLSS 2.3 technology & revealed a new image comparison tool known as ICAT. The new details include comparisons with the widely used 'Spatial Upscaling' methods that have been around for a while.

The video published by NVIDIA features the company's Vice President of Applied Deep Learning Research, Bryan Catanzaro, who talks about how DLSS 2.3 tech compares against other spatial upscaling methods including AMD's FSR which is a scaled-up, optimized and refined method but given that NVIDIA has an edge through its AI Tensor Core technologies, DLSS does end up to be a more superior method.

We already know how NVIDIA DLSS 2.3 helps produce sharper images through the use of motion vectors. It delivers higher image fidelity and reduces both ghosting/flickering. NVIDIA highlighted that while DLSS 2.3 is better than ever, their own NVIDIA driver suite also features its own spatial upscaling technology which produces better image quality than widely used upscaling methods such as Lanczos and FSR. Do note that AMD's FSR is based on an upgraded & refined version of the Lanczos upscaler as discussed before.

NVIDIA has also announced that they will make the new Image upscaling technology open-source for integration in a wider variety of games. We have more details on that here! 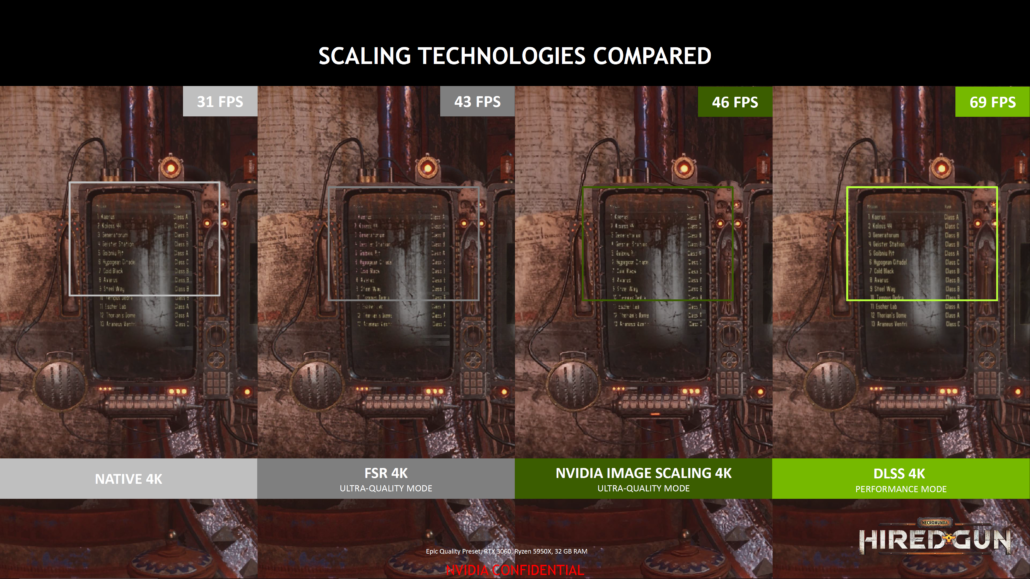 The performance and image quality comparisons include games such as Necromunda Hired Gun, Back 4 Blood, and Chernonylite (recently added to DLSS suite). You can see the comparisons in the video below:

Both NVIDIA DLSS and AMD FSR are great in their own regards. DLSS is an overall superior and more robust implementation with AI technology backing it up while FSR aims for a more open approach and has a wider adoption rate while being hardware-agnostic. There's also a 3rd GPU player entering the arena soon in the form of Intel's XeSS. We have heard great things about the upcoming AI-powered XeSS suite in our interview here and Intel themselves have shown some really impressive demos which we can't wait to see in action ourselves when the first GPUs are made available to the public by Q1 2022.