Nvidia Shield – Latest Update and Take it for a Test Drive

Take the Nvidia Shield out for a spin and test one of the most anticipated gaming systems.

If you are living in or near New York or Sans Fransico Areas and are a gaming enthusiast, you should definitely consider going and getting a hands-on experience on the Nvidia Shield portable gaming system. According to latest news the Nvidia Shield is being displayed and open for a test drive at the following locations: 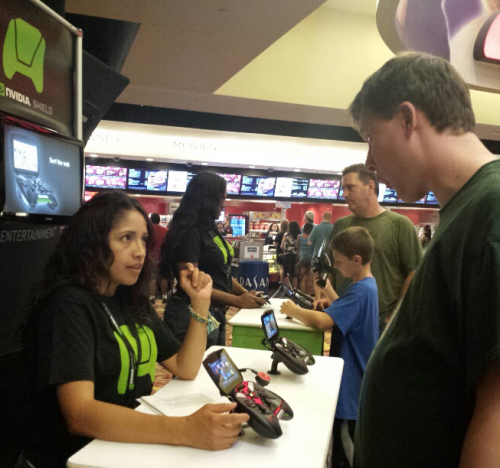 The Nvidia Shield has been causing a much expected hype and under the guise of the around the corner release of the portable system, let’s see if the clamor is deserved.

The foremost advantage of the Nvidia Shield system is the fact that it has been designed simultaneously as a controller and a video output. We have yet to see if this unique and innovative design comes as a blessing or a disaster to the minds behind the device.

The Nvidia Shield features a Quad Core Tegra 4 Processor with a spanking 2 GB worth of ram. If that wasn’t enough the Nvidia Shield features a stunning 5 inch (294ppi) 710p HD Display for retinal-quality gaming. The Integrated stereo system is thought to be one of the best of its kind, though real life performance hasn’t been confirmed. For full Specs head over here. 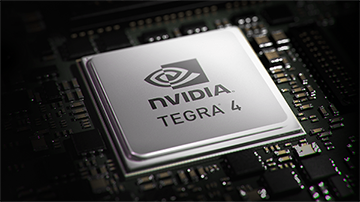 The Shield’s design as a controller will also help in any gaming experience of the user aided by 3 axis Gyro and 3 axis Accelerometer that are housed inside the gaming system.

Perhaps the most impressive aspect is the ‘Play PC’ beta that will come packaged with Nvidia Shield, allowing you to stream PC Games directly to your Shield, over the Wifi. Though current restrictions include a Wifi-only stream and GTX GFX cards requirement; maybe in the future it will expand to something resembling or surpassing the cloud gaming service OnLive

However one of the disappointing aspects of the Nvidia Shield

system is its limited 16 Gb flash memory, which for a device of its caliber just isn’t enough. 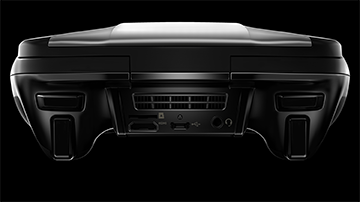 ight now, provided you live in the aforementioned areas. If you do, remember this will go on through August and the Nvidia Shield will be available for testing on Fridays Saturdays and Sundays. Go and give it a test drive and let us know what you think.