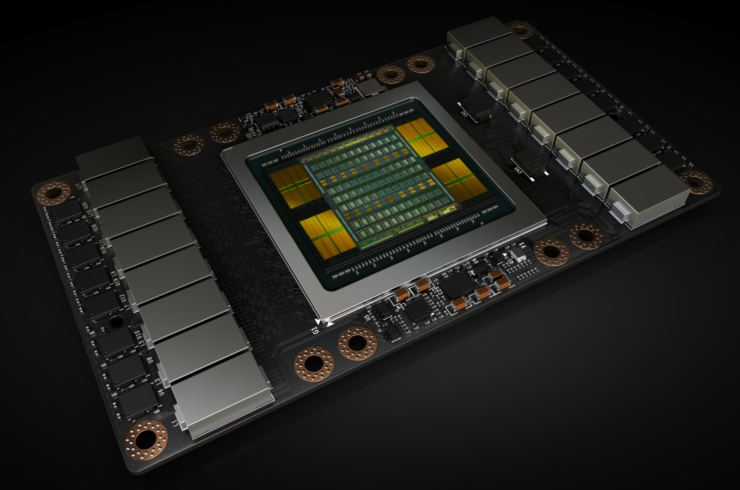 Rumors emerged last week that NVIDIA would be debuting a new enthusiast Volta Titan graphics card at computex this week after photos of the alleged new card leaked out.  The company officially announced today via twitter that it's going to be holding a keynote headlined by President & CEO Jensen Huang at 8:30 PM PST 29th of May. 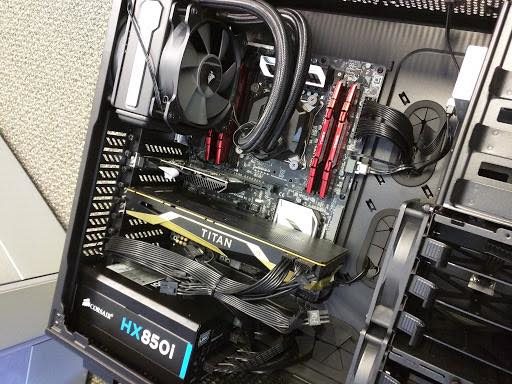 The photograph above was allegedly leaked by an NVIDIA intern last week. It shows a black graphics card with gold accents and "TITAN" engraved on the side. The card has 8+6pin PCIE power connectors and  notably features an NVLNK interface, something unusual for a TItan graphics card and is only available on NVIDIA's professional Tesla and Quadro accelerators.

The photographed "TITAN" card has the same aesthetic look and color scheme of NVIDIA's recently announced Volta based Tesla accelerators. This has led many to believe that this card will likely join NVIDIA's new roster of Volta products as a workstation and/or enthusiast gaming card. According to the rumors surrounding this mysterious TITAN card NVIDIA is expected to introduce it at computex.


NVIDIA's graphics card fitted with NVLINK interfaces have so far all featured HBM2 rather than GDDR memory. This in addition to the fact that GDDR6, which is set to power gaming oriented Volta GeForce graphics cards, isn't currently available and won't be until next year indicates that this card features HBM2. Whether this card will in fact make its debut tomorrow or not remains to be seen, we'll know soon enough. In the mean time take these rumors with a grain of salt.
Share Tweet Submit