Nvidia Corporation (NASDAQ: NVDA) Reports A Strong First Quarter for FY18 – Beats Analysts’ Expectation by 13 Cents with EPS of $0.79 on Revenue of $1.93 Billion 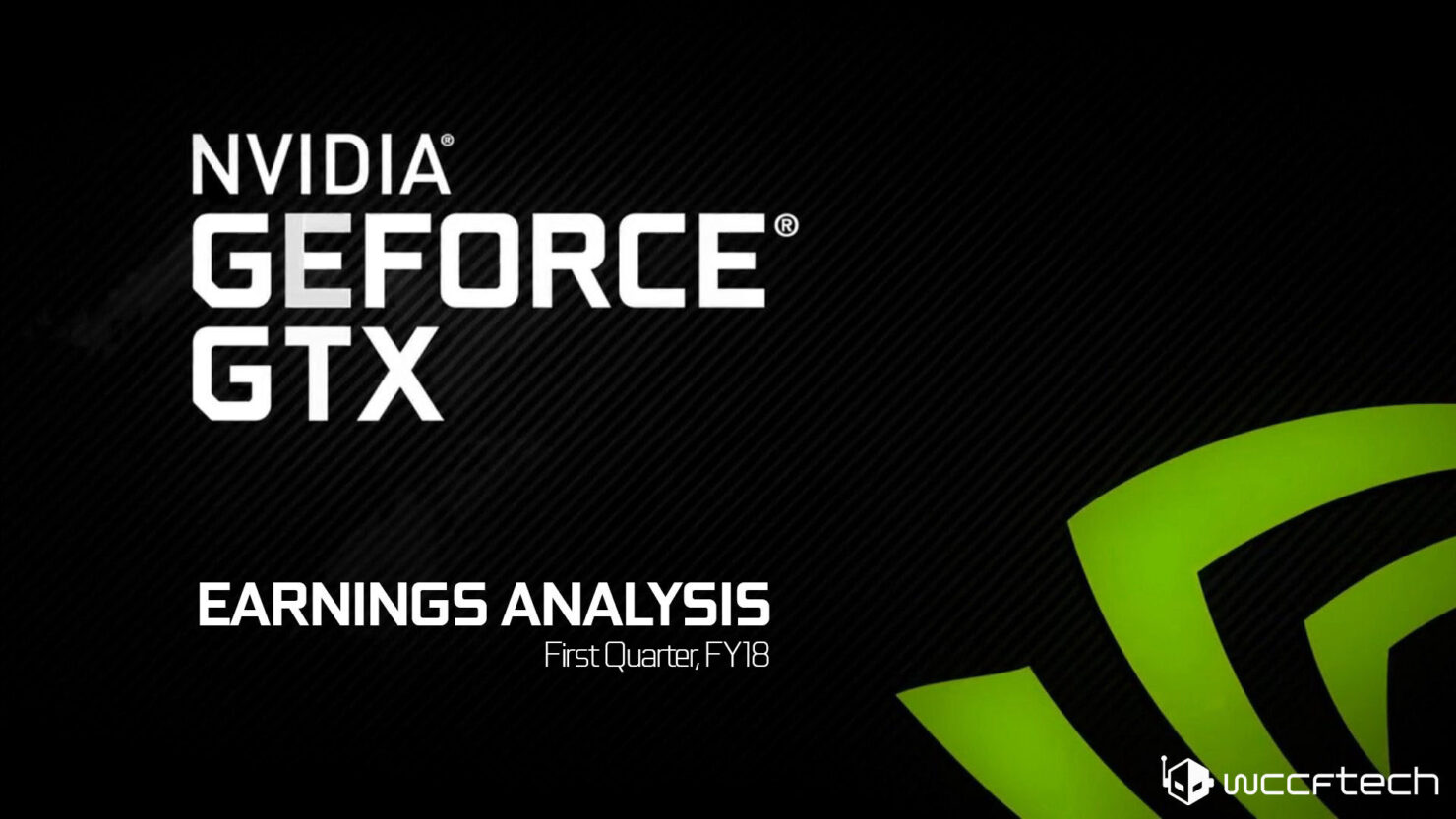 NVIDIA (NASDAQ:NVDA) has just reported a very strong first quarter for its fiscal year 2018 with a GAAP EPS of 0.79 cents (and a non-GAAP EPS of 0.85 cents) handily beating analysis estimates by 13 cents. The company posted a GAAP net income of $507 Million against a revenue of $1.93 Billion, beating analyst estimates of $1.89 Billion. Needless to say, this is quite the triumphant moment for the chip maker – having shown that it can sustain the explosive growth it showed last year.

Short Interest for the company’s stock had risen just before the earnings, but this is something that is usually expected and wasn’t of a high enough level to depict shifting investor sentiment. NVIDIA will pay its next quarterly cash dividend of $0.14 per share on June 14, 2017, to all shareholders of record on May 23, 2017.

Almost all segments of the company saw double digits growth this quarter (on a yearly basis) except the IP segment, which was down by approximately 10% primarily due to the end of life of the Intel-NVIDIA licensing agreement. The company is just starting to get comfortable in the AI and autonomous driving segment and is standing on the very solid foundation of its bullish graphics business. Mr. Jen Hsun Huang had the following to say on the occasion:

"The AI revolution is moving fast and continuing to accelerate," said Jensen Huang, founder and chief executive officer of NVIDIA. "NVIDIA's GPU deep learning platform is the instrument of choice for researchers, internet giants and startups as they invent the future.

"Our Datacenter GPU computing business nearly tripled from last year, as more of the world's computer scientists engage deep learning. One industry after another is awakening to the power of GPU deep learning and AI, the most important technology force of our time," he said.

NVIDIA has also announced that it will be creating an AI self-driving chip which will be branded under the Bosch brand as well as a collaboration with PACCAR a leading truck manufacturer which is pursuing autonomous solutions in the freight scene. It is clear that the company is knee deep in the self-driving industry and wishes to go deeper - something which can only help its diversification of risk in the eyes of investors as opposed to the red-shifting PC market. 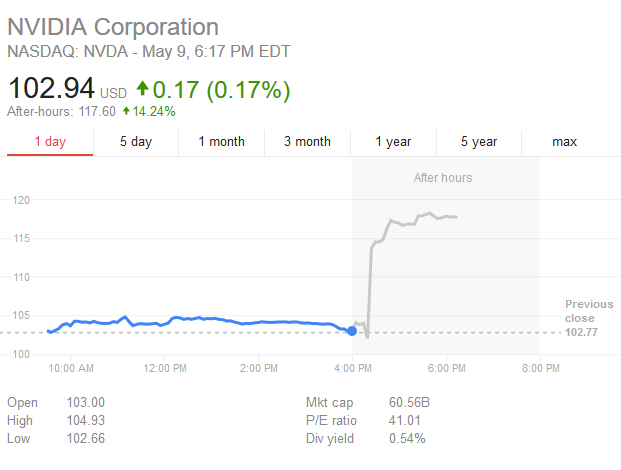 At the time of writing, the company's stock is hovering at $117.30 (up 13.95% from yesterday's close) and seems to have reversed some of the usual bearish sentiment that pervades shortly before an earnings announcement (when the stock dropped to as low as $102). The company introduced the TITAN Xp as well as the GTX 1080 Ti this quarter and if previous sales are any indicator, then the latter at least will perform very well in the market.

Our in-house anecdotal evidence revealed that more than 21% of our readers were willing to chase price points higher than $600 as long as they got an uncompromising performance level. While the majority of consumers will still chase the pure perf per $ metric, an increasingly large number of GPU owners are shifting towards the higher end market progressively. This red-shifting is something that hasn't gone amiss by NVIDIA (NASDAQ:NVDA) and is being fully capitilized on by its high end lineup (which AMD has so far been unable to offer competition on). Some general things to remember:

The automotive side of things and the GPGPU market is something that we expect to only grow bigger with time. The star of the show however, was the company's datacenter segment which has shown almost thrice the revenue (on a yearly basis) and shows the increasing market that GPGPUs can cater to. The company's CUDA ecosystem has allowed it to make an absolute killing and cement its momentum in this particular industry. That said, it faces competition from AMD's Radeon Instinct GPUs which offer competitive perf per $ and perf per watt metrics.

All in all it was an almost flawless quarter and something that they can easily sustain if they roll out Volta on time, and manage to stay competitive in the wake of AMD's Vega GPU.

The financial highlights are as follows:

The official outlook for the second quarter of fiscal 2018 is as follows: