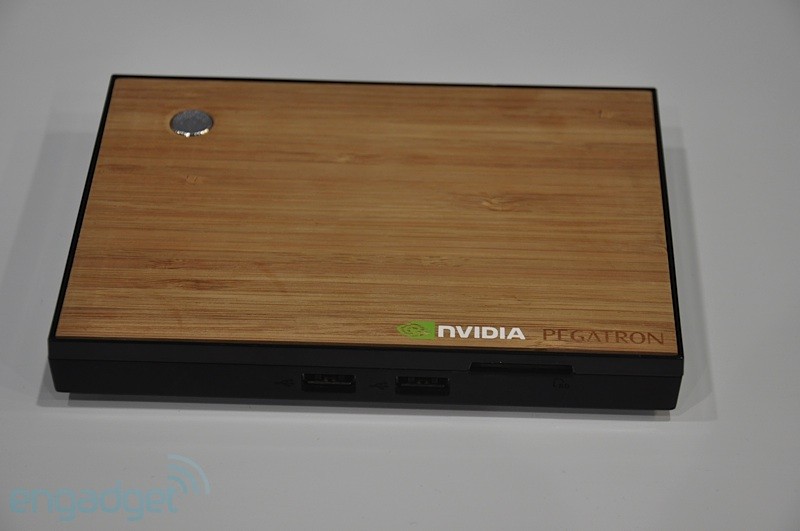 The Nvidia Pegatron Tegra 2 just captures the hearts of the peers. Its looks are quietly too attractive. The details of it were spotted around the NVIDIA booth and the box is topped by bamboo, while having an HDMI, Ethernet, microphone and speakers plugs around the back of it. The chip of Tegra 2 can decode 1080p and Flash videos, and also run Android and Windows CE. That makes it quite a brilliant HTPC. Yet no price has been released, so its pretty hard to say how much its gonna cost.

More pics and details at: Engadget