Some time ago, Nvidia filed a class action law suit against Samsung for, eh, basically inventing the (modern 3D) GPU and using it without their permission. Samsung naturally responded by filling a counter suit against Nvidia and in no time, it had turned into a (not so) good natured patent brawl. In a landmark moment, it would appear that Samsung has gained a win over Nvidia because the ITC has declared that Samsung has not infringed upon Nvidia's patents for inventing the modern GPU. 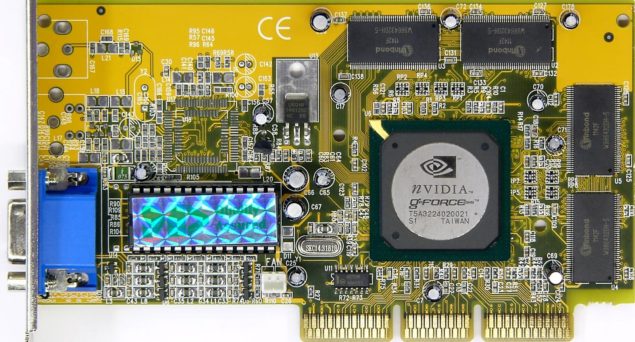 The Geforce 256; the first graphic card with 4 pipelines and DirectX 7 support. Also the card which Nvidia claims to be the world's first modern graphics processor. Image Credits: VGMuseum

The presiding Judge was Thomas Pender and he found Samsung clear of any violations of intellectual property for 2 counts out of 3. While he found Samsung indeed in infringement of the last patent against which grievances were filed by Nvidia, the Judge ruled that the patent itself was invalid since it had not been a new invention at that time.  It is worth noting that the ruling in question is under review by the full commission and subject to revision - with the final decision on the dispute arriving in February. Nvidia's spokesperson states that it remains confident in their case.

Nvidia had primarily filed two lawsuits against Samsung and Qualcom. The first one was filed at the International Trade Commission in September 2014, while as the second was filed in the federal court of Wilmington, Delaware. The first lawsuit was meant to stop the import of Samsung products while as the second suit was meant for damages. Back in the day Nvidia had won the race after 2D graphic cards and was able to bring the first modern (3D) graphics processing chip with close-to-modern capabilities to the market in 1999.

Where a 'Modern 3D GPU' is defined as a single-chip processor with integrated transform, lighting, triangle setup/clipping, and rendering engines that are capable of processing a minimum of 10 million polygons per second. The chip was the first chip with four pipelines and the semblance of modern 3D graphics support with DirectX 7. However, it is also worth noting that DirectX 5 and 6 based cards existed at the time under the Riva branding but did not have proper '3D' support.

One might be tempted to think that the Judge in question had have a bias of some sort or due to some factor, but that is when simple historical precedence would state otherwise. It would be very unlikely because the very same judge also presided over the Markman hearing some months ago and awarded Nvidia 6 out of 7 definitions for their case - which was a pretty big win at the time. A Markman hearing is basically conducted to make sure the actual trial is done on the basis of merit and facts - not needless arguing over legal definitions and context. The Markman ruling is therefore conducted before time to pre-set the important legal definitions.

Past counter attacks from Samsung have seen the giant file a patent against Nvidia and attempting to block its graphic cards as well as suing Velocity Micro, a customer of green, which was really unfortunate because fledgling silicon valley companies really don't more on their plate right now. So while this patent might make sense from a very technical point of view, it is however, something informally referred to as patent trolling and if Nvidia actually manages to win this one (which is very unlikely), it will have far reaching consequences for Samsung and Qualcomm.