Nvidia's Samsung and Quamcomm lawsuit is one of the more interesting lawsuits of the silicon world. For one thing - it is Nvidia Corporations first ever patent lawsuit and for another, its target is the GPU itself. The consequence of this particular legal battle could potentially make or break Nvidia as a company. A recent update that has been revealed indicates that Nvidia has had a favorable ruling in a recently held Markman hearing. 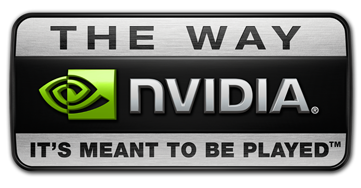 The judge in question is one Thomas Pender and was presiding over its cases filed in the US International Trade Commission. The other claim was filed in the US District Court in Delaware. The US ITC will go to trial sometime in June and this is the result of the Markman hearing. A Markman hearing is basically conducted to make sure the actual trial is done on the basis of merit and facts - not needless arguing over legal definitions and context. The Markman ruling is therefore conducted before time to pre-set the important legal definitions.

The Markmen ruling of the Nvidia V. Samsung and Qualcomm case saw Green gaining 6 out of 7 favorable definitions.

"We are very pleased with the outcome of the ruling, in which claim constructions favorable to Nvidia will be applied to six out of seven disputed claims when the judge considers the question of Samsung’s and Qualcomm’s infringement,” said David Shannon (Chief Administrative Officer and Secretary, Nvidia). “This further strengthens the patents we have asserted, and we look forward to a full hearing in late June.”

This is very good news for Nvidia Corporation because a bad Markman hearing can cause serious set backs before a clear trial. Not only could the the case be dismissed outright but bad definitions could seriously hinder the full trial that commences in June. Nvidia Corporation's claim of basically owning the GPU is bold and to some extents outrageous, but if there is one company that has the history and IPs to pull it off - its Nvidia. The full hearing will be conducted sometime in June and as far as the Samsung counter suit goes, Nvidia has been denied the right to shift the case to its home town.