With the video game industry growing by leaps and bounds, the visual aspects and graphics of games are becoming more and more of common a concern for gamers. While allowing game developers to create the best alternative fantasy worlds, the PC hardware manufacturers are pushing things forward by introducing powerful graphics cards and dynamic software technologies. To showcase the potential of its rendering technology, NVIDIA recently released a demonstration video showing long hair being simulated and rendered in real-time using NVIDIA HairWorks 1.1. 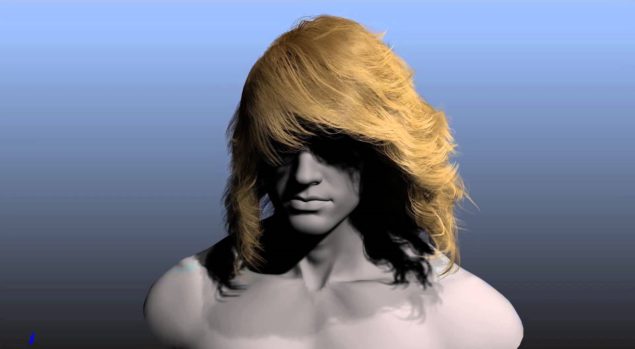 NVIDIA HairWorks 1.1 Demo Shows Around Half a Million Realistic Hair Being Simulated and Rendered in Real-Time

The realistic representation of hair and fur in in-game world is something of great importance now. NVIDIA HairWorks, which is one of the more radical elements in NVIDIA’s collection of graphics-intensive programs, makes it easy to bring hair and fur to life and allows video game developers to add hundreds of thousands of dynamic, realistic hairs to characters, creatures, and game worlds by combining the power of GeForce GTX GPUs with DirectX 11 tessellation technology. The American chip maker recently released a demonstration video of NVIDIA HairWorks 1.1, showing how the rendering technology effectively stimulates long-hair assets.

In a video uploaded to NVIDIA’s YouTube channel by Tarkan Sarim, NVIDIA HairWorks 1.1 can be seen in action, rendering around half a million (500K) virtual hair strands in real-time, providing a stunning effigy of real-life human hair. This real-time presentation was recorded on a single GeForce GTX 980 using NVIDIA’s hardware accelerated screen recording utility known as Shadowplay. Of course, NVIDIA HairWorks technology is exclusive to NVIDIA GPUs, which means AMD Radeon GPUs are not able to deliver this impressive effect. You can check out the video below.

NVIDIA previously put HairWorks to test by rendering 22,000 separate hair strands successfully. This new demonstration video doesn’t only show how the rendering and visual effects technology is advancing impressively, it also shows how graphics cards are evolving and becoming more powerful. The Witcher 3: Wild Hunt and Far Cry 4 are two of the games that take advantage of NVIDIA HairWorks to deliver amazingly detailed hair and fur on in-game wildlife and character models.