The GTX 970 is one of the most popular cards from Nvidia at the moment. The card delivered fantastic performance that was not available to Nvidia fans prior to its release. Especially not at the price point it was introduced in. This led to it hitting the sweet-spot for many gamers and instantly becoming one of the most popular graphics cards on the market.

The GTX 970 is perhaps one of the more successful cards in Nvidia's history. Hitting all three crucial metrics by which GPUs are judged. Performance, price and power efficiency. However it seems that even a card like the GTX 970 is not without its Flaws. PCPer.com has just recently drawn attention to an issue that many GTX 970 users have been reporting.  The issue is excessive coil whine, a loud buzzing noise which emanates from the graphics card.

According to PCPer.com several users directly contacted them asking for help reaching out to Nvidia and the AIBs. There are several forum posts with users complaining about this issue popping up all over the web. As well as a very large number of youtube videos. The number of videos is worrying because the card has been in the market for less than two months. Perhaps the issue is exacerbated even further by the popularity of the GTX 970. EVGA, Gigabyte and MSI all have users who have been affected by this issue. 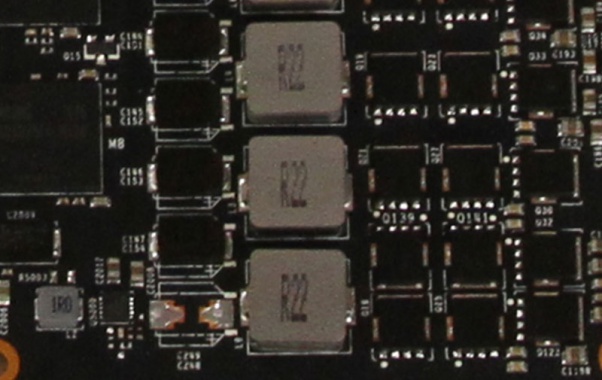 The R22 inductors are suspected to be responsible for the issue, at least partially. Your power supply also plays a huge role in coil whine. Simply installing the same card in a different system with a different power supply can sometimes resolve the issue.

Here's what Nvidia, EVGA and MSI had to say when PCPer contacted them :

From MSI:
"The coil whine issue is not specific to 900 series, but can happen with any high end GPU and that MSI is looking in to ways to minimize the issue. If you still have concern regarding this issue, then please contact our RMA department."
From EVGA:
"We have been watching the early feedback on GTX 970 and inductor noise very closely, and have actively taken steps to improve this. We urge anyone who has this type of concern to contact our support so we can address it directly."
From NVIDIA:
"We’re aware of a small percentage of users reporting excessive “coil whine” noises and are actively looking into the issue."

If you're having coil whine issues with your GTX 970 please let us know. If the noise is excessive you may attempt to RMA your card for a replacement. A more conservative approach would be trying to limit your framerates. If you're using a 60Hz monitor make sure to maintain a 60FPS frame limit. You can achieve this via software like MSI Afterburner or if the game natively offers this option.