NVIDIA has announced full support for the Vulkan 1.0 API which has just been released by Khronos Group. The next generation API aims to deliver a better programming interface that allows more access to the hardware available on various platforms which include PCs, Smartphones and Consoles. After facing a short delay, the fully open source, cross platform, Vulkan API is now available with latest drivers pouring in from graphics card makers to support the OpenGL's successor.

The Vulkan API is the successor to the OpenGL API and a rival to the Metal API from Apple and DirectX 12 API from Microsoft. The Vulkan API pushes for reduced API overhead and optimized multi-core and multi-threaded performance on current and upcoming hardware. The API is going to be the direct competitor to Microsoft’s DirectX 12 API which is also going to see wide-scale usage in 2016. While DirectX 12 is limited to Microsoft's Windows OS, Vulkan API has the edge of having cross platform and cross vendor support.

Vulkan on the other hand can work on multiple OS which range from Windows (XP/Vista/7/8/8.1/10), Linux, SteamOS, Android. Also unlike Mantle, Vulkan will be able to run multiple GPUs from various vendors allowing a more wider support than any previous API. Another leverage over previous APIs is that Vulkan adopts the first open standard cross-API intermediate language for parallel compute and graphics known as SPIR-V, allowing developers to write programs for Vulkan in their own choice of programming language.

NVIDIA had previously announced full support for the Vulkan API and today they have launched their latest drivers for Windows and Linux OS which adds support for the API on Kepler and Maxwell based GeForce cards so that users can have support for latest and upcoming titles that utilize the new API from the start. One such title is The Talos Principle which utilizes the Vulkan API and showcases the performance enhancement added through it. You can check out the game on Steam.

Vulkan, a new graphics application programming interface, launched today. With a simpler, thinner driver, and efficient CPU multi-threading capabilities, Vulkan has less latency and overhead than OpenGL or Direct3D, and can help your system reach new levels of performance. In simpler terms, Vulkan can help developers avoid CPU bottlenecks that limit performance, and can improve performance elsewhere, too.

If you’re a GeForce GTX gamer, simply download this special Vulkan driver and you can try the new API today in The Talos Principle, a critically-acclaimed puzzle game that’s been upgraded with Vulkan support. via GeForce 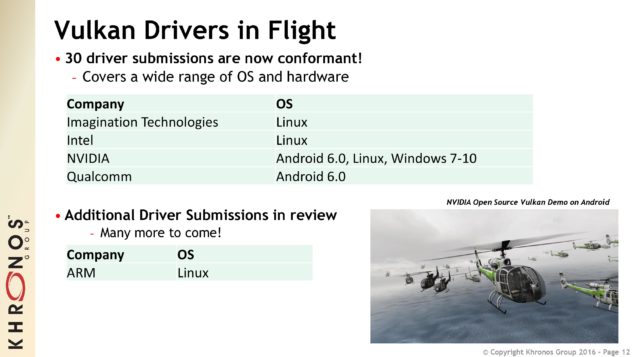 The latest drivers for NVIDIA graphics cards are now available. Windows driver version 356.39 and Linux driver version 355.00.26 provide support for the Vulkan 1.0 API. It should be noted that the drivers published by Intel, NVIDIA and Qualcomm have passed the conformance tests for Windows and Linux while the BETA drivers that AMD launched haven't passed the tests. You can find additional details in the following post by NVIDIA: 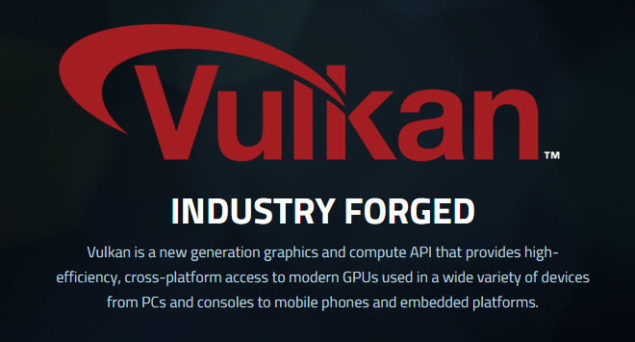 You will need any one of the following Kepler or Maxwell (both first and second generation Maxwell) based GPUs to get access to Vulkan functionality: