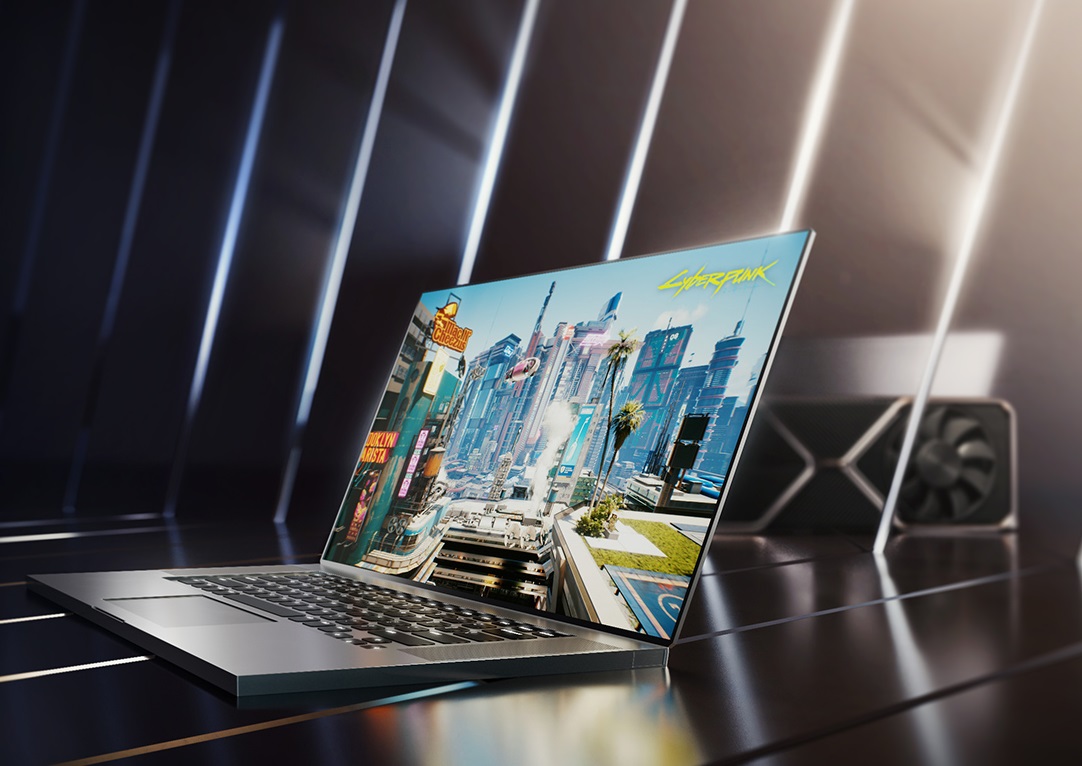 There are three power profiles within which the NVIDIA GeForce RTX 30 Mobility GPUs will operate. These include the base TGP (Total Graphics Power), cTGP (Configurable Total Graphics Power), and PPAB which is a dynamic AI-accelerated boost range. PPAB is mostly going to be optimized by OEM laptop makers for their solutions based on the cooling capabilities. 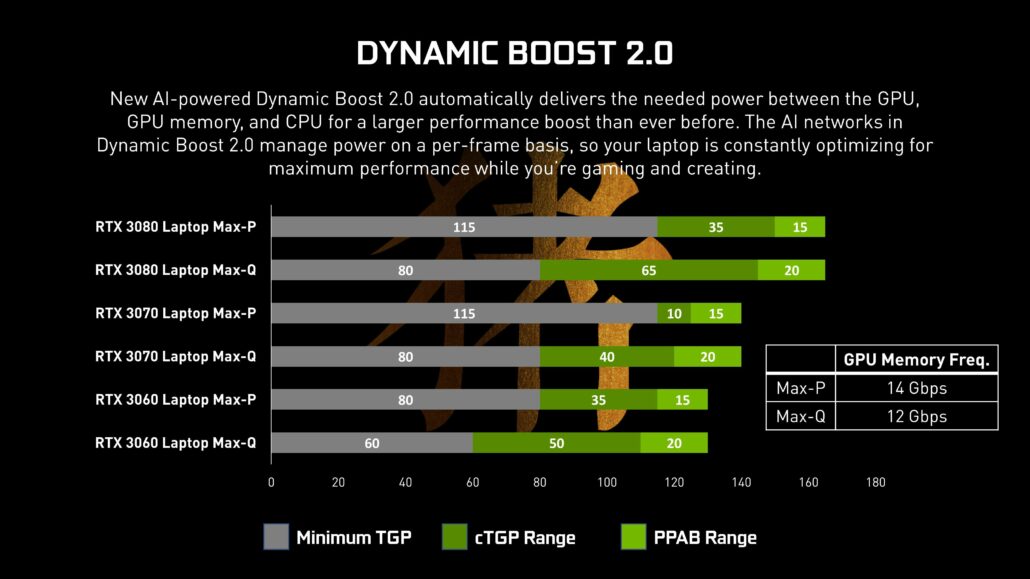 Now there's a report by NotebookCheck that NVIDIA has removed the Max-Q and Max-P labels from their GPUs and that OEMs are free to decide the TGPs they wish to set for their notebooks running GeForce RTX 30 Mobility GPUs. This means that the minimum TGP should therefore be intact but other metrics such as cTGP and PPAB ranges will be entirely dependent on what OEMs plan to do with them.

The graphics card also features 16 GB VRAM which runs across a 256-bit wide bus interface but it remains to be seen if NVIDIA is utilizing 12 or 14 Gbps DRAM modules for its mobility lineup. In the case of 14 Gbps, the GPU will be able to offer a maximum bandwidth of 448 GB/s.

The Max-Q variant of the GeForce RTX 3080 Mobility GPU will feature a starting TGP of 80W which will be configurable up to 165W. The GeForce RTX 3080 laptops will start at a price of $1999 US and will offer 100+ FPS at 1440p resolution in several gaming titles.

Lastly, we have the GeForce RTX 3060 6 GB which was also announced for the desktop segment today but with 12 GB GDDR6 memory. Both the desktop and mobility variants feature the GA106 GPU but the notebook variant comes with 30 SM units enabled, resulting in a total of 3840 CUDA cores. The graphics chip will feature clocks starting at 1283 MHz base and go up to 1703 MHz boost frequencies.

As mentioned before, the GeForce RTX 3060 6 GB graphics card will come with a total of 6 GB GDDR6 memory running across a 192-bit bus interface. The memory pin speeds are to be configured at 12 Gbps which should result in a total bandwidth of 288 GB/s. The GeForce RTX 3060 6 GB will feature TGPs of 60W and all the way up to 130W.

According to NVIDIA themselves, the RTX 3060 laptops will start at $999 US and will offer 30% better performance than Sony's PS5 console. It seems like NVIDIA is targeting the laptop as a 1080p 90 FPS gaming solution.