Coming to the specifications, the NVIDIA GeForce RTX 3060 Ti was submitted for validation by an anonymous user on 25th October. According to GPU-Z, the specifications feature the GA104 GPU which confirms that this is the second GPU to feature the said chip. There's no specific variant or SKU number mentioned but previous reports have hinted at the GA104-200 SKU for the GeForce RTX 3060 Ti. 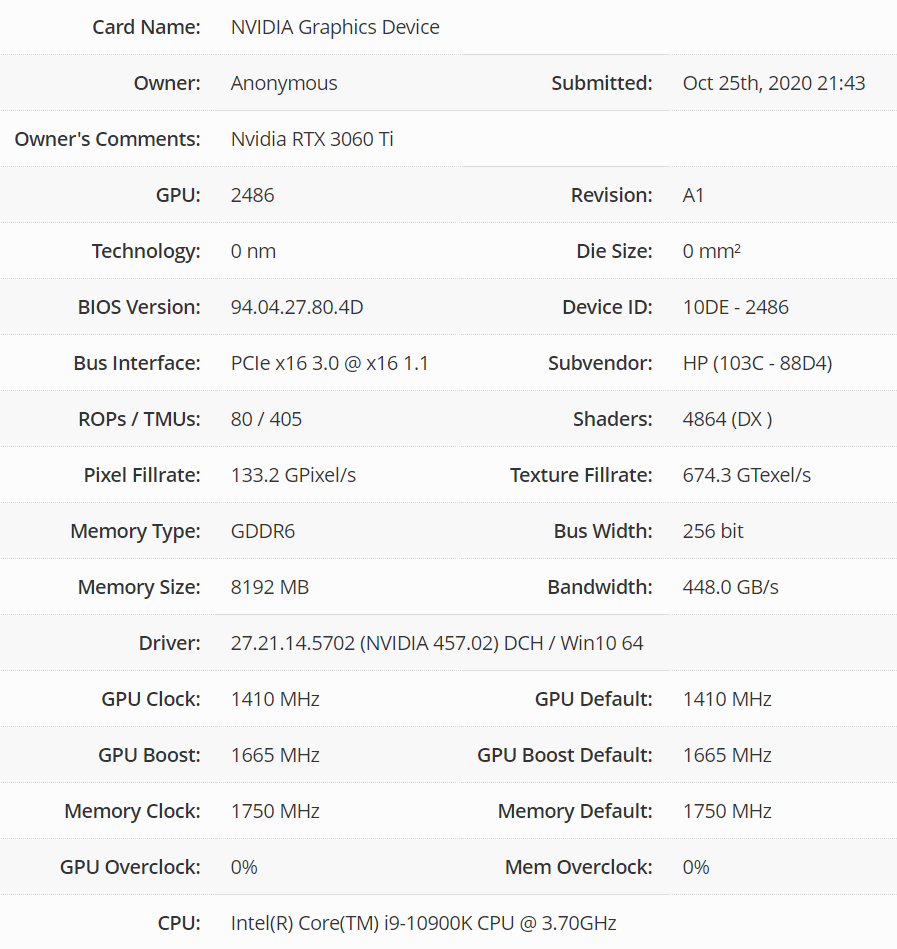 The GA104-200 GPU on the NVIDIA RTX 3060 Ti graphics card features 4864 CUDA Cores, 80 ROPs, clock speeds 1410 MHz base, and 1665 MHz boost. Based on the specs, the card should deliver an effective compute horsepower of 16.2 TFLOPs. These are also the default clock speeds for the card so it is likely that we are looking at a stock clocked variant rather than a custom design.

For memory, the graphics card will feature 8 GB of GDDR6 memory which will be running across a 256-bit bus interface. The memory clock for the GDDR6 memory would be maintained at 1750 MHz or 14 Gbps effective which rounds up a total bandwidth of 448 GB/s. The pixel and texture fillrate are both reported at 133.2 GPixel/s & 674.3 GTexel/s, respectively.

In news related to the GeForce RTX 3060 Ti graphics card, Twitter fellow Avery78 (via Videocardz has spotted several pre-order listings for the card. The cards were listed by various retailers and sellers over at Chinese Taobao outlet and have been listed for pre-order prices which range from 2049 to 2999 Chinese Yuans which equals around $300-$450 US. Now, these aren't official NVIDIA prices, and such early pre-orders are known to be inflated by a huge factor. We have already seen several custom variants being worked on by NVIDIA's AIB partners which will definitely be available at launch. 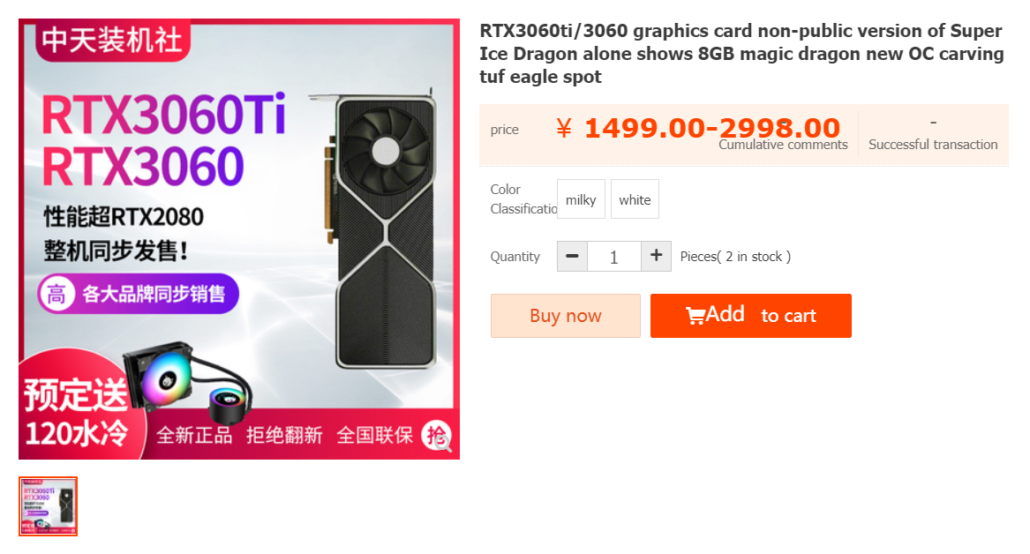 One of the sellers has also pointed out that the NVIDIA GeForce RTX 3060 Ti stock should arrive after November which means an early December retail launch however he could also be talking about his own stock rather than the official retail launch. That much needs to be confirmed but it is likely that NVIDIA is going to announce its upcoming cards sooner or later after AMD unveils its RX 6000 series graphics cards tomorrow on 28th October. Do note that NVIDIA also plans to launch a cheaper GeForce RTX 3060 graphics card with 6 GB VRAM and 192-bit bus interface based on the GA106 GPU core but that is most likely coming next year.