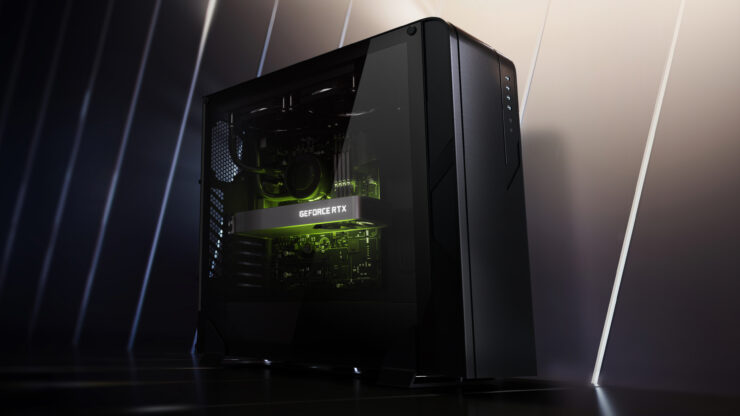 Our own sources have confirmed something that Videocardz has already posted; namely that the RTX 3060 would be launching in the last week of February. As always with release timelines, Jensen could still move the date around but considering channel partners and OEMs are involved - it seems unlikely. This would be a hard launch and assuming miners and scalpers don't scoop everything up, the availability of stock should be good. We will have another exclusive about AMD Ryzen availability shortly as well.

The release schedule of the RTX 3060 (as revealed by Videocardz) is as follows:

Interestingly, the RTX 3060 will ship with 12 GB of GDDR6 - although we are hearing NVIDIA might decide to cut this to 6GB due to memory supply issues (this part is *not* confirmed and should be taken with a grain of salt) and a 15 Gbps memory clock coupled to a 192-bit bus width. It features a memory bandwidth of 260 GB/s and a TDP of 170W. On the other hand, its elder brother, the RTX 3060 Ti will feature an 8GB GDDR6 spec with 14 Gbps coupled to a 256 bit bus and a bandwidth of 448 GB/s. The TDP of the card will be slightly higher at 200 watts.

Unfortunately for gamers, the cryptocurrency market has made a massive comeback in 2021, and Ethereum (the most popular altcoin that can be mined with a GPU) has already breached the $1300 USD level multiple times. This means you are very unlikely to find these GPUs at the recommended price points (if at all) and the demand/supply situation will likely drive these prices much higher.

With NVIDIA trying to meet demand by tapping Samsung, it does look like things might not improve for gamers untill the second half of 2021 - if at all. Cryptocurrency demand is unlikely to go away anytime soon (even though Ethereum is shifting to proof of stake sometime this year which should eliminate a very large chunk of GPU mining demand) and manufacturers like NVIDIA will have no choice but to simply step up their supply game and enforce strict countermeasures to make sure their GPUs end up where they belong: in the hands of actual gamers.