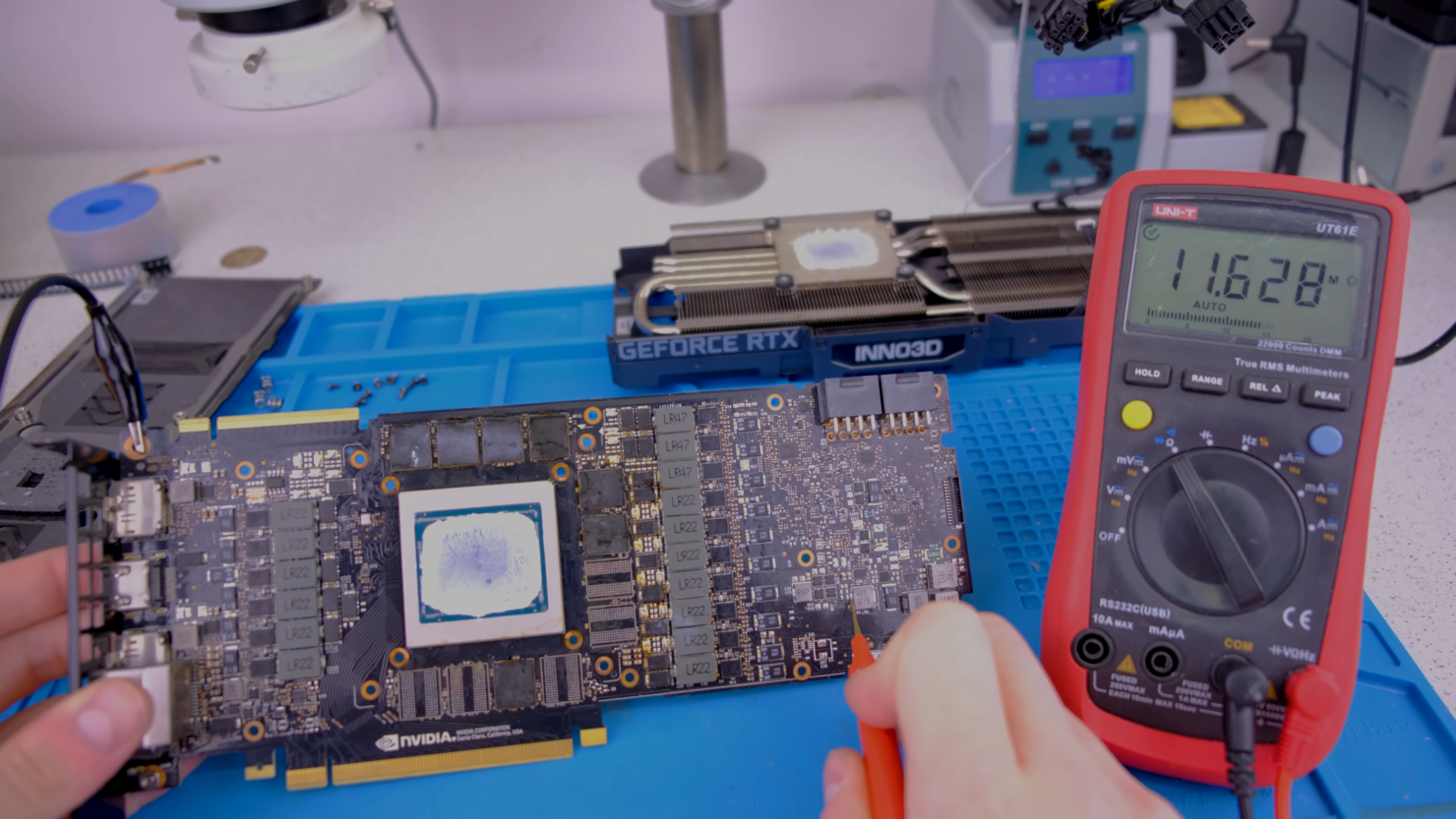 Russian modder, VIK-on, has once again showcased his modding expertise by confirming that the NVIDIA GeForce RTX 2080 Ti can support up to 22 GB GDDR6 memory. Originally launched with 11 GB GDDR6 memory, the modder confirms that with mods, the card can physically support twice the memory capacity.

With that said, the NVIDIA GeForce RTX 2080 Ti that VIK-on received was broken and damaged to such an extent that it won't even boot at all. This was because the card had already landed in the hands of others who offered repair service but made the card's condition worse than before. The modder states that traces on the PCB were cut off along with missing components but he and his soldering expertise took no time to fix the damage.

While fixing the card, VIK-on also decided to see if his previous strap mods, which he had used on the RTX 3070 (modded to 16 GB GDDR6 memory) could be applied on the RTX 2080 Ti, and alas, it does work. The strap mod itself confirmed that the NVIDIA GeForce RTX 2080 Ti could support up to 22 GB GDDR6 memory but since the modder didn't have access to 16 Gb memory modules, he couldn't test the mod physically.

It is amazing that even after extensive damage, VIK-on was able to recover the card back to its original state and as for the mod, it is definitely interesting & if it works on the NVIDIA GeForce 3080 Ti, then we can expect VIK-on to put 24 GB GDDR6X memory on that after launch.