NVIDIA has released its earnings report for Q4 FY19 with $2.21 billion revenue in total, beating expectations and raising their share price in the after-hours trading. At the same time, NVIDIA posted that their Gaming revenue has seen a drop of 45% from the previous year which means their GeForce sales has taken a major hit.

2018 was a record year but it was a disappointing finish. This quarter, we expect to put the channel inventory issue behind us and get back on track. As the pioneer of accelerated computing, our position is unique and strong. And the opportunities ahead in graphic, high performance computing, AI and autonomous machines remain enormous. We are as enthusiastic about these growth opportunities as ever. 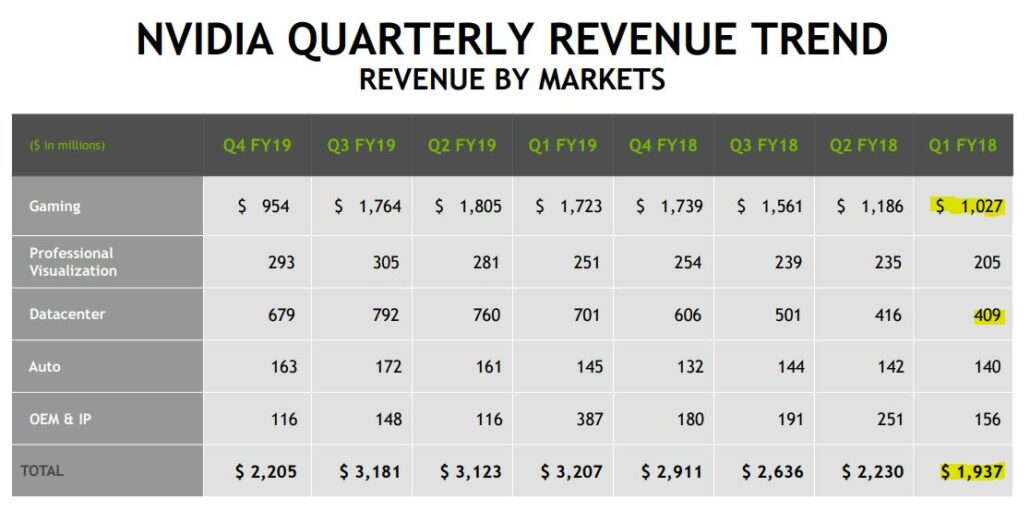 Deteriorating macro economic conditions, particularly in China, impacted consumer demand for our GPUs; and third, sales of certain high-end GPUs using our new Turing architecture, including the GeForce RTX 2080 and 2070 were lower than we expected for the launch of a new architecture.

On a full year basis, we expect our gaming business to be down slightly given the tough first half compares with growth in Turing and notebook gaming.

When it comes to crypto, it is partially to blame but still a significant factor which led to decline in NVIDIA's revenue. NVIDIA had delayed their GeForce RTX Turing cards to get rid of excess GeForce GTX 10 series inventory which they had produced by overestimating the crypto market. As soon as cryptocurrency fell across the globe, so did the sales of crypto targeted graphics cards and that hit NVIDIA as they had overproduced Pascal chips. Even at the moment, NVIDIA still isn't clear of their GeForce 1060 (GP106 GPU) inventory. 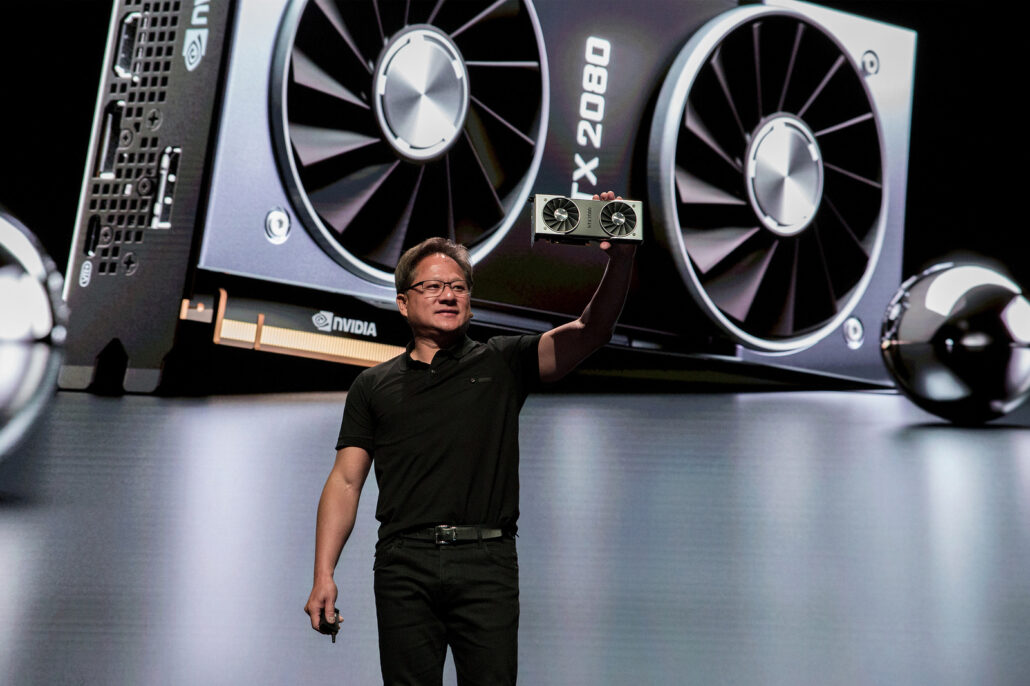 There are also other factors and much of that has to do with the GeForce RTX cards and their main highlight, the RTX feature. First of all, we should look at the prices of GeForce RTX 20 series cards which are highest in their graphics segment. The other thing is the performance increase per gen which is also lower than what previous generations had to offer. If we look at Pascal, the GeForce GTX 1070 and GeForce GTX 1080 gave users a lot of reason to upgrade and weren't priced out of range of the mainstream audience. The GTX 1080 Ti was the king of the hill for a full 2 years and had a price of just $699 US. 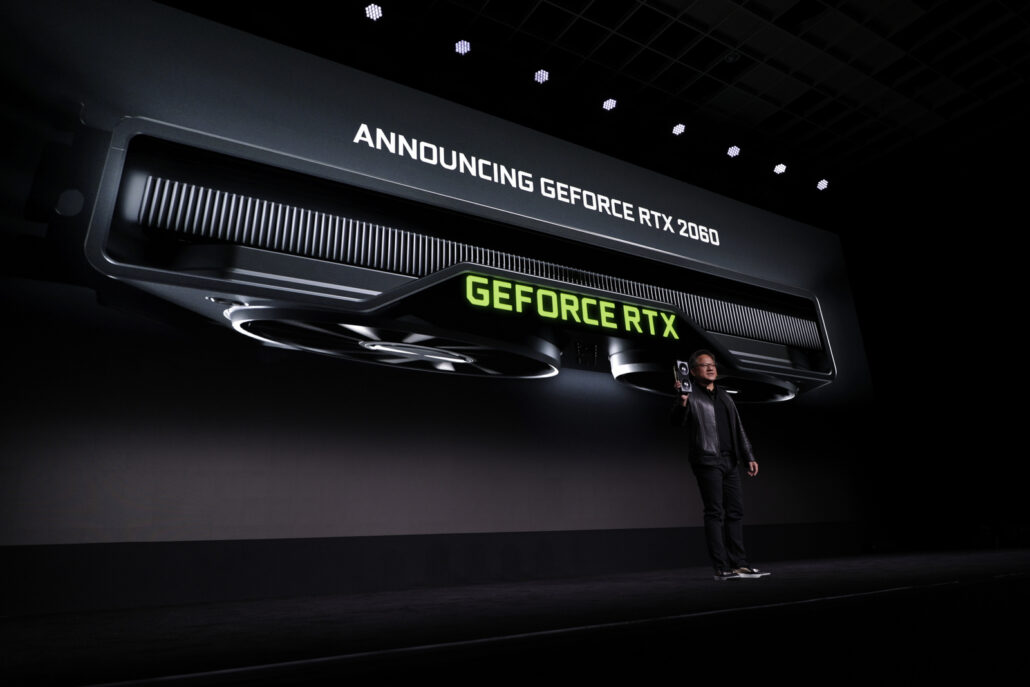 The GeForce RTX 2080 TI remains the king of the hill just like every other NVIDIA flagship part but costs twice as much as the GTX 1080 Ti if you are going for a custom flavored card. Overall, the price margin has gone really out of place with the GeForce RTX lineup and following is a generational breakdown of graphics segments from NVIDIA over the last couple of years.

When we launched the 2070 and 2080, it was the first time we've ever launched a new generation where the only available SKUs were very high end. And in addition to that, the early boards that came out into the marketplace were the special edition and the over clocked versions. And the MSRP versions didn't show up for some short time after, couple of months after. And so the conditions weren't ideal, if you will.

We weren't able to launch into the mainstream segment with 2060 for all the reasons that I think everybody understands now. And so I think that the situ wasn't ideal. When you take a look at our situation now, every single graphics card had the best performance at its price point and it remains so today.

Now coming to the second problem with GeForce RTX cards which is the main feature or RTX itself. NVIDIA had promised many gaming titles to use their highly anticipated Ray Tracing and DLSS tech but currently, only three games exist that utilize their DLSS technology and two games, Battlefield V and Metro Exodus) which use Ray Tracing. Sure the Ray Tracing tech helps a lot in enhancing the visual fidelity but Ray Tracing also impacts performance. In each title tested, Ray Tracing means a major hit to FPS so users would have to trade in performance for quality and in a title such as BFV Multiplayer where FPS matters, Ray Tracing can really take away the fun from the game unless you tone down the resolution to somewhat playable levels.

And I think that right out of the box, it delivered excellent performance. It is true that everybody was hoping to see more games with RTX on day one.

But it's such a new technology with ray-tracing and AI for image processing that it's only really possible to make available with new games, which is tied to the schedules of new games. And now they're starting to come out. Battlefield 5, Metro Exodus, I think that the reviews from this week are just spectacular.

With DLSS and Ray Tracing combined, users can indeed get higher playable framerates but DLSS has shown to cause image artifacts and in some cases, blurry image quality than standard TAA which may lead to poor game immersion. Plus, we still haven't seen Shadow of The Tomb Raider, and many other titles which were promised by NVIDIA to implement Ray Tracing and DLSS tech. Given the high bar set by Maxwell and Pascal before it, Turing just doesn't seem like much of an update in terms of pure raw power (minus DLSS and RTX features). 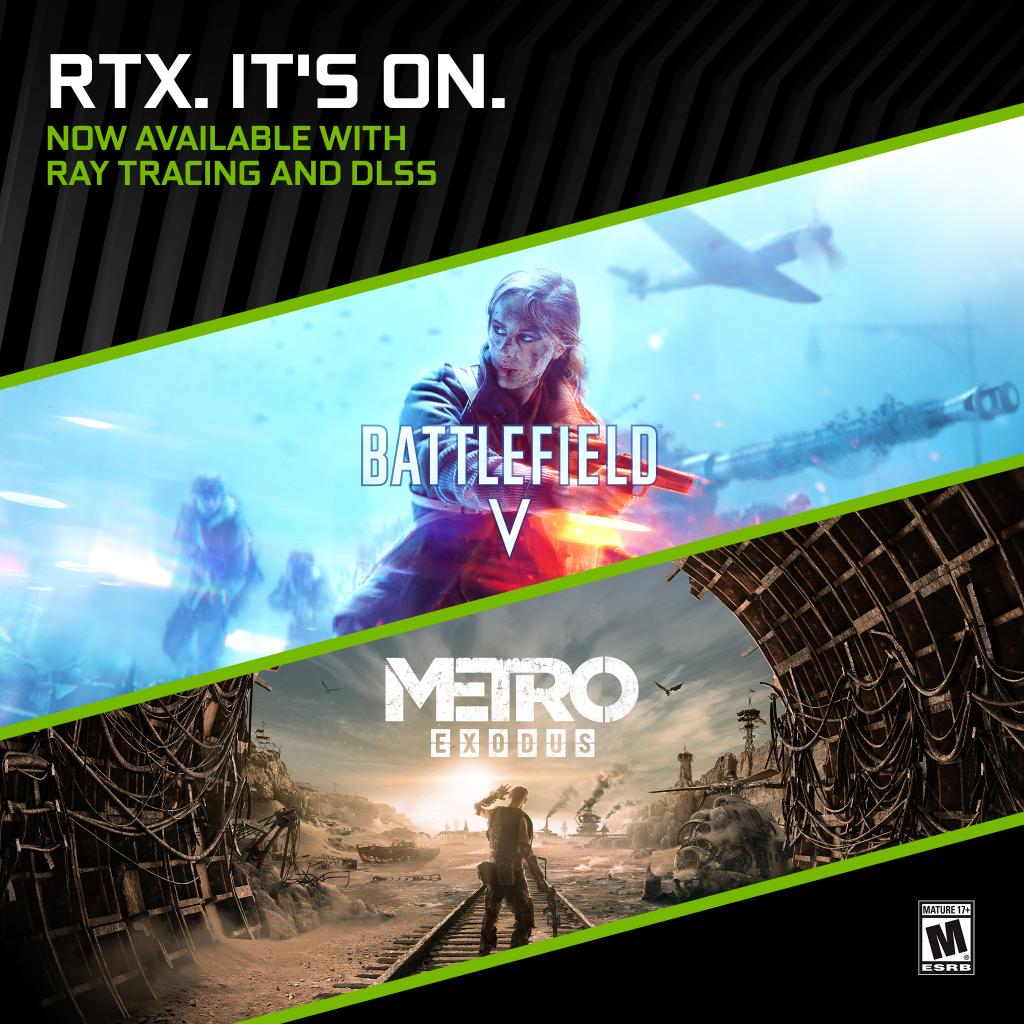 But NVIDIA states that their Gaming segment would get better this year considering the launched their GeForce RTX 2060 just last month and the upcoming GeForce 16 series cards which focus on offering mainstream performance with Turing architecture under the $300 US market. In addition to that, NVIDIA's CEO, Jensen Huang, also stated that they are expected a great year for gaming laptops, especially with more eSports and Battle Royale titles popping up from every corner and the recent Apex Legends release from EA being a huge success, the Turing based notebooks hold the potential to become very popular.

“The fundamentals of gaming have not changed. There are more gamers than ever. Games are better than ever. There’s been a recent shift in the popularity of multiplayer competitive esports-lie games. That’s good for hardware. It lowers the barrier for entry because it is free to play. You can see the excitement around Fortnite, Apex Legends. PUBG is still popular and League of Legends is still popular. This genre of games is both competitive, requires great hardware, attracts a lot more players because it is social, and it is much stickier. Gaming is more vibrant than ever before.”

“The dynamics are the same and gaming is going to continue to be a growth business,” 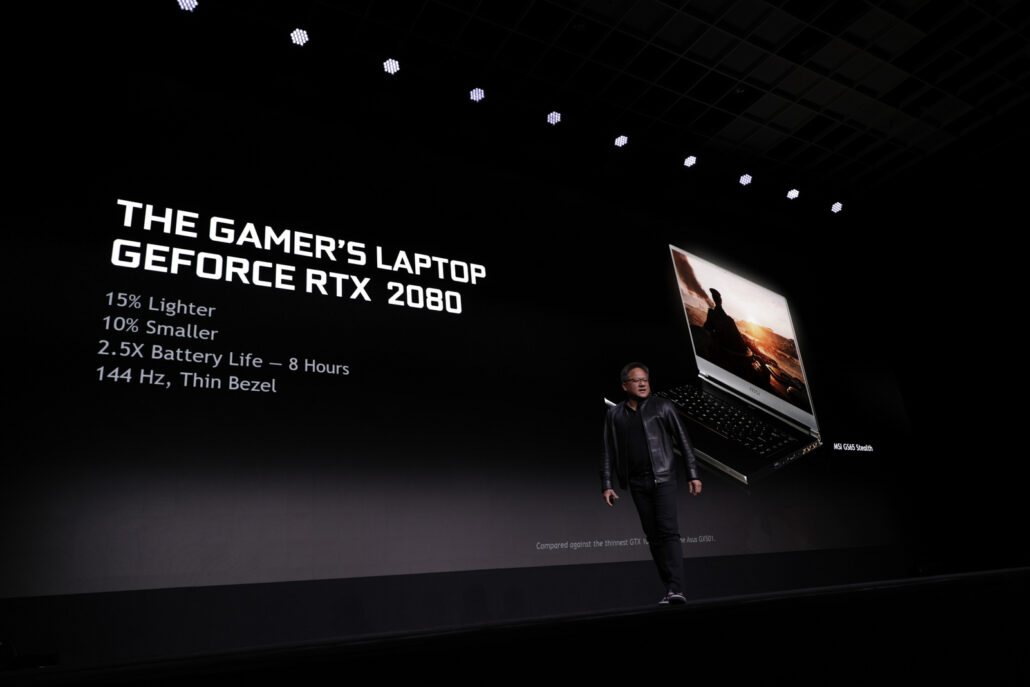 Additionally, once again, NVIDIA's CEO stated that their expectations from AMD's GPU division, RTG was really high but it didn't quite end up that way. This was in response to the datacenter GPUs rather than consumer end GPUs. Jensen had already termed the AMD Radeon VII flagship as underwhelming, soon after it was announced.

If you think about competitively comparing our GPU to a competitor's latest GPU, I think the expectation was really high and didn't turn out quite that way.

So it definitely feels like NVIDIA has a lot of work to do to recover the losses. As far as gaming is concerned, it feels like a price drop is currently out of the question as NVIDIA cards still hold a top position in multiple reviews but that is definitely going to be a consideration with the next-gen cards which will be using a 7nm process node and hopefully, making RTX more of usable feature rather than a tech demonstration as it is currently on its first implementation with Turing GPUs.