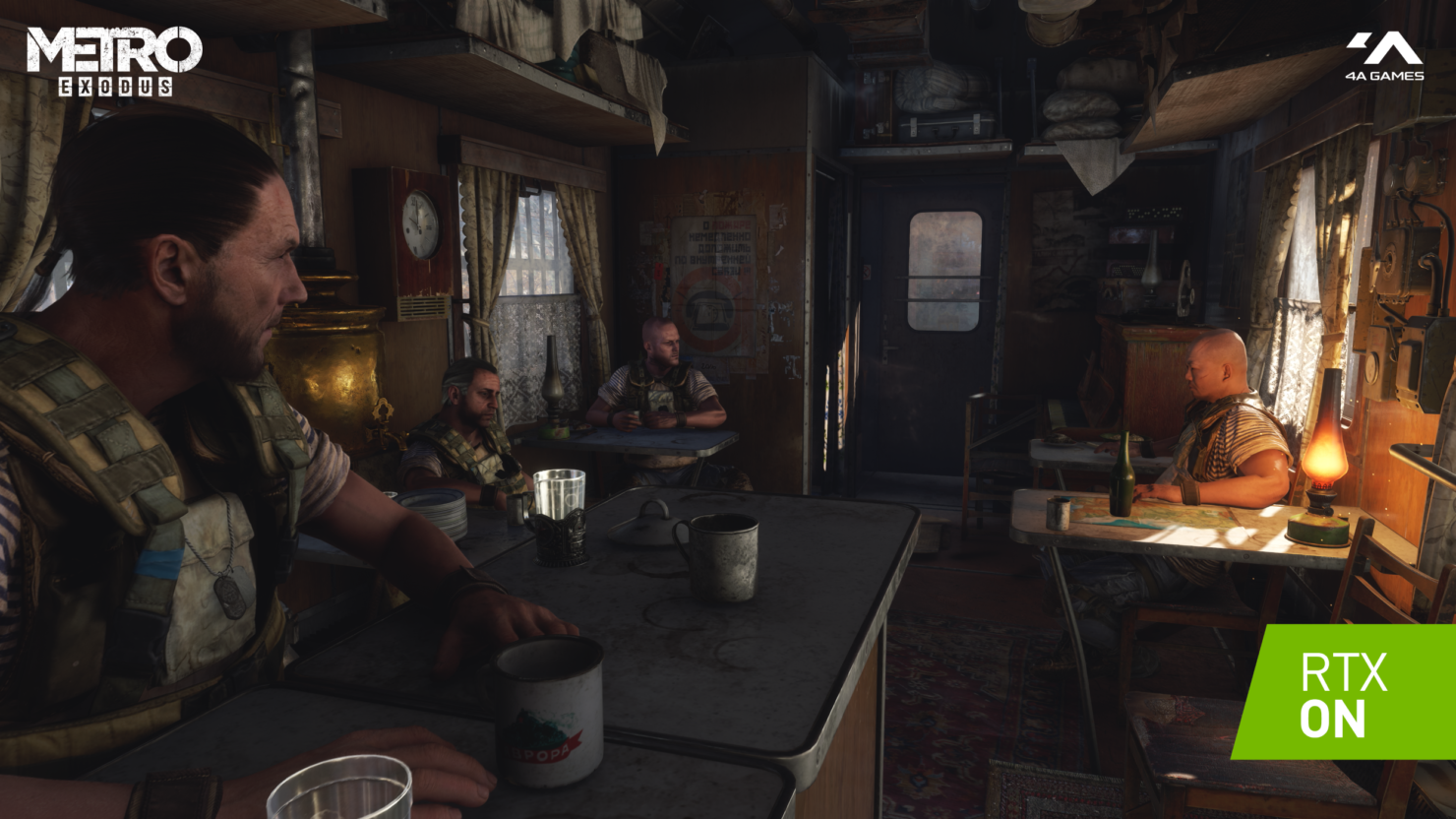 NVIDIA has released their latest GeForce Game Ready 418.91 WHQL drivers which adds support for ray tracing and DLSS technologies in Battlefield V and Metro Exodus. With RTX, games will be able to play the AAA titles with added visual fidelity while DLSS will allow better FPS gains through using Tensor Core and Deep Learning technology.

The latest NVIDIA drivers are aiming the two heavyweight triple AAA titles, one is Battlefield V that is already available and the other is Metro Exodus which will be available in 2 days. The drivers are now available and can be downloaded from the following link:

Battlefield V had already received support for ray tracing (RTX) technology as it was the first title to support it but now, NVIDIA has added support for DLSS too in the specific game. What DLSS does is to enhance frame rates by up to 40% (NVIDIA's own estimates) and deliver similar quality to the TAA method.

As for Metro Exodus, the game launches in 2 days on 15th February. It will be another major title based around NVIDIA RTX technologies as it features support for both ray tracing and DLSS. The game would be taking place in both linear and open world levels which will allow NVIDIA to show the true potential of their ray tracing effects. Following are the system requirements for the new title so make sure your PC is prepped up as the specs required are quite beefy. 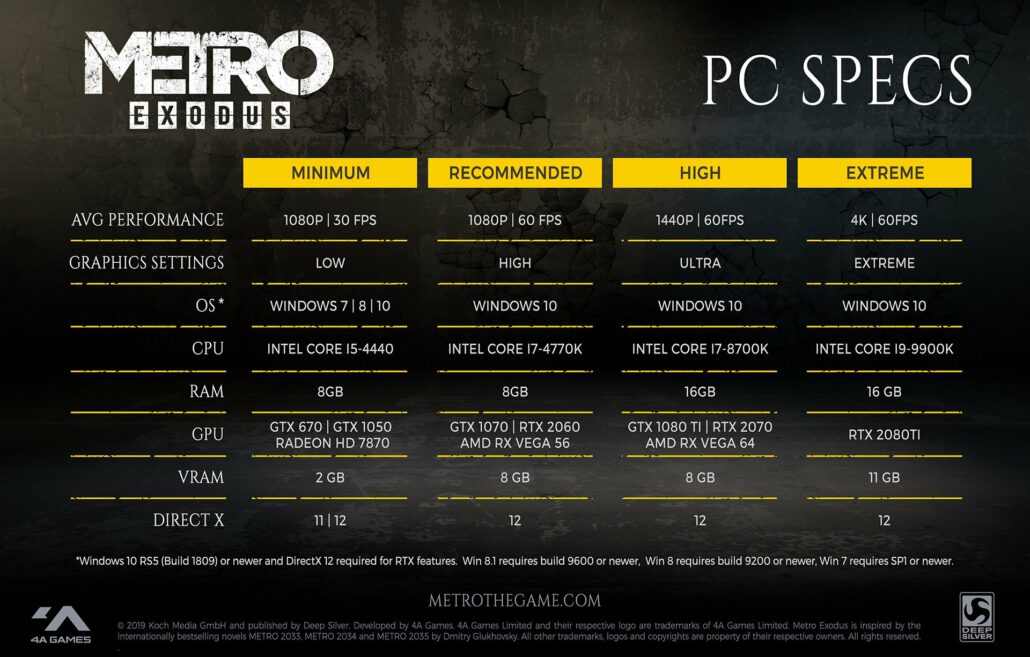 Metro Exodus features two ray tracing detail levels: High and Ultra. In motion, the difference is hard to discern, so it is recommended that users play at High settings to benefit from faster framerates. And of course, you can also enable DLSS for up to 30% faster performance throughout the game.

DLSS helps the most when the GPU is under maximum load and is available for the following settings:

Based on our testing, we recommend the Ultra-quality preset, High Ray Tracing, and DLSS for 60 FPS Metro Exodus gameplay at the following resolutions*:

Game Ready Drivers provide the best possible gaming experience for all major new releases, including Virtual Reality games. Prior to a new title launching, our driver team is working up until the last minute to ensure every performance tweak and bug fix is included for the best gameplay on day-one.

NVIDIA has also shared some performance metrics which show good gains for all RTX 20 series cards. The following configurations are advised by NVIDIA themselves for a smooth 60 FPS on the subsequent RTX 20 series product:

DLSS is available with the following GPUs, with DXR ray tracing turned on, at the resolutions listed below:

Now, you can play Battlefield V with DXR ray tracing at higher settings, resolutions and detail levels across our entire range of GeForce RTX GPUs, thanks to the addition of DLSS. The following are the new recommended settings for 60 FPS Battlefield V gameplay:

To turn on DXR ray tracing and DLSS in Battlefield V on GeForce RTX PCs and laptops, follow these steps:

It looks like all RTX cards can now deliver a smooth 60 FPS while running ray tracing in Battlefield V while the flagship RTX 2080 Ti can deliver 60 FPS even on 4K through the use of DLSS and RTX. We will be posting our own performance results for Battlefield V using NVIDIA's DLSS technology in a bit so stay tuned.