Update: The Tomb Raider bundle for NVIDIA GeForce cards has been confirmed and will be available starting 7th of January up to 23rd of February. The bundle is applicable with cards that include GeForce GTX 970, 980, 980 Ti, GTX 970M, GTX 980M, GTX 980 (Mobility).

NVIDIA GeForce users might be in for a surprise from the green team as a rumor has emerged that alleges that NVIDIA might be bringing over one of the hit AAA titles as a part of the GeForce bundle. The title is from Crystal Dynamics and we know it as "Rise of the Tomb Raider". The rumor comes from HWBattle, who have reported that title will be offered in the GeForce bundle in 2016. 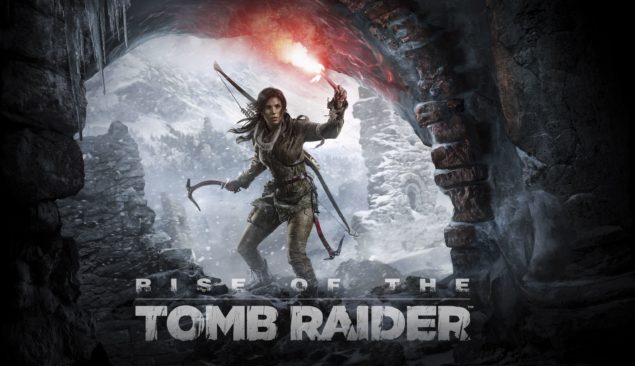 This is just a rumor right now, but we have seen some titles shift from one vendor to another. Some examples are Crysis and Far Cry. Both games were the first to use the latest versions of CryEngine from Crytek and were the most visually impressive first person shooters of their time, the original Crysis still remains one of the AAA titles to have featured graphics that were ahead of its time. Both games were geared for NVIDIA hardware but we saw both titles shift over to AMD hardware. Crysis 3 was the first title to have shift to AMD as an Gaming Evolved title while Far Cry 3 was also included in the list. Look at Far Cry 4 and we have entire Ubisoft switching back to TWIMTBP (The Way It's Meant To Be Played) over at the GeForce side. There have been great bundles from both vendors in the past and they still keep up the battle with AMD offering Star Wars: Battlefront while NVIDIA offers Assassins Creed Syndicate and Rainbow Six: Siege to their users.

Moving in 2016, there's bound to be new graphics card releases from both companies and we are also going to see new game bundles to attract more consumers to either the red or green team. Crystal Dynamics is one of the major partners that AMD bagged in 2013. Their release of Tomb Raider was one of the Gaming Evolved title that was bundled with Radeon cards and also the first title to feature TressFX. TressFX was built as a solution to offerGPU rendering of hair, fur, and grass in gaming titles and the only competing solution in the market out is HairWorks from NVIDIA (offered in their GameWorks suite). TressFX was used to render Lara's hair in absolute perfection and the latest iteration is going to be used in the next title, Rise of the Tomb Raider, as stated by the game's director, Brian Horton:

“We definitely believe the hair technology we developed with AMD was a foundation for the way we believe hair will be rendered in the future video game graphics. And, as pioneers of this–there’s not many people to look at for reference other than films–we have been pushing that technology to find ways to make it even better.”

“The hair is now in clusters, so the way hair naturally falls is that hair wants to be next to a adjacent hairs that create shapes. Now, the hair splines can follow these guide hairs and these formerly physics-grown hairs, so it feels a little bit more natural when it moves”. via Tumblr 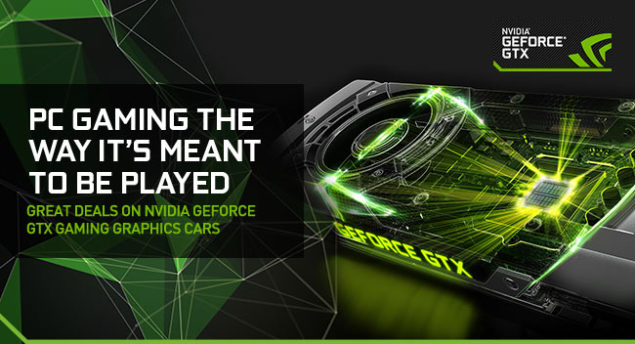 Now with the rumor going around that the game is going to be bundled with GeForce cards could mean a lot of things. First of all, the game is going to be published by Square Enix while the game is developed by the studio, Crystal Dynamics. There's another gaming coming out from Square Enix that is feature AMD's TressFX 3.0, that is Dues Ex: Mankind Divided and the first game, Dues Ex: Human Revolution was also part of the AMD Gaming Evolved program. Even if NVIDIA does offer Rise of the Tomb Raider as a promotional bundle with their cards, the game would keep TressFX intact and for the better of itself. When the first title came out, the game was patched to allow NVIDIA cards to run TressFX. Driver improvements made the game run better and almost on par with their Radeon equivalents. A new version of TressFX is obviously going to provide better performance and support for both vendors since the technology behind is open-source and made to work with all vendors.

Rise of the Tomb Raider coming to GeForce users in the form of a bundle is good for consumers. AMD users should be pretty excited as they would have Dues Ex: Mankind Divided being offered to them in a future AMD Radeon bundle since the game is being geared towards AMD cards. Both bundles may be offered when NVIDIA and AMD are on the verge of launching their next generation graphics cards, codenamed Pascal and Arctic Islands. The game was an Xbox One and Xbox 360 timed exclusive but has been confirmed to be arriving for PC in early 2016 and PS4 in holiday 2016.