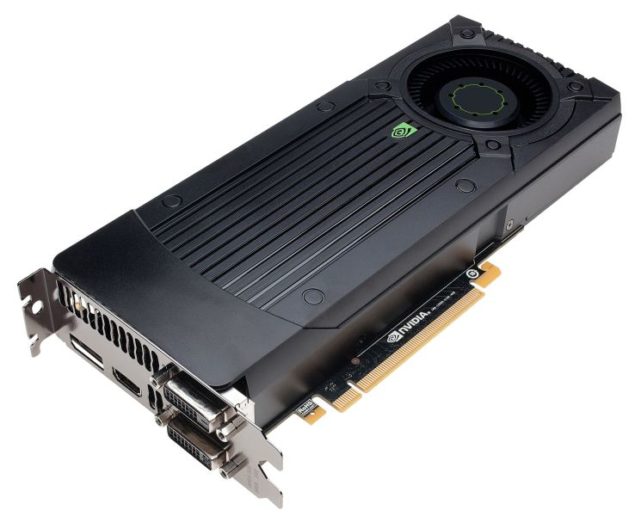 According to a report by Fudzilla, NVIDIA will release their latest GeForce GTX 650 Ti Boost GPU on 26th  March (Tuseday). Fudzilla also manged to get a glimpse at the slide deck which ships with review units and learned some details on the performance numbers of the upcoming GPU which are quiet impressive.

As you all may remember, we said in our reports that the AMD's HD 7790 Bonaire GPU would be the direct competitor of the GeForce GTX 650 Ti Boost however turns out to be that even with the new core, its performance would lack far behind the updated GK106 core from NVIDIA. We will detail the performance bit later in this article.

For specifications, it is to be known that NVIDIA's GeForce GTX 650 Ti Boost is essentially a faster clocked GTX 650 Ti equipped with a improved memory interface and GPU Boost technology. The GK 106 core boasts 768 Cuda cores along with a 2 GB memory  which runs across a 192-bit interface. The core is clocked at 980 MHz stock and 1033 MHz boost speed whereas the memory operates at 6008 MHz effective clock speed. The GeForce GTX 650 Ti Boost comes with a 140W TDP and powered through a single 6-Pin connector. Display outputs include Dual Link DVI, HDMI and a display port. Design wise, the card would be the fourth entry into the NVIDIA GeForce 600 series which uses the same cooling design again including GTX 670/660Ti/660.

Getting back to the performance bit, the faster core clocks and memory interface help elevate the core performance of the card by almost 20% (13on average) over the Radeon HD 7850 in Battlefield 3, Borderlands 2, Crysis 3, COD: Black OPS II, Assassin's Creed 3, Skyrim. Furthermore, the 2 GB memory over the 1 GB on Radeon HD 7850 helps it maintain a better performance ratio in 1080P gaming. It should be noted that AMD has discontinued the production of the 1 GB model of the Radeon HD 7850 amidst non-availability of memory modules it used but the GeForce GTX 650 Ti Boost would be fast enough to tackle the HD 7850 2GB or perform similar to it.

The GeForce GTX 650 Ti Boost launches on 26th March however we learned 27th March from some AIB partners but nevertheless its coming out in a day or two at an MSRP range of $200, You can check out the leaked MSI GTX 650 Ti Boost Gaming Edition GPU over here.