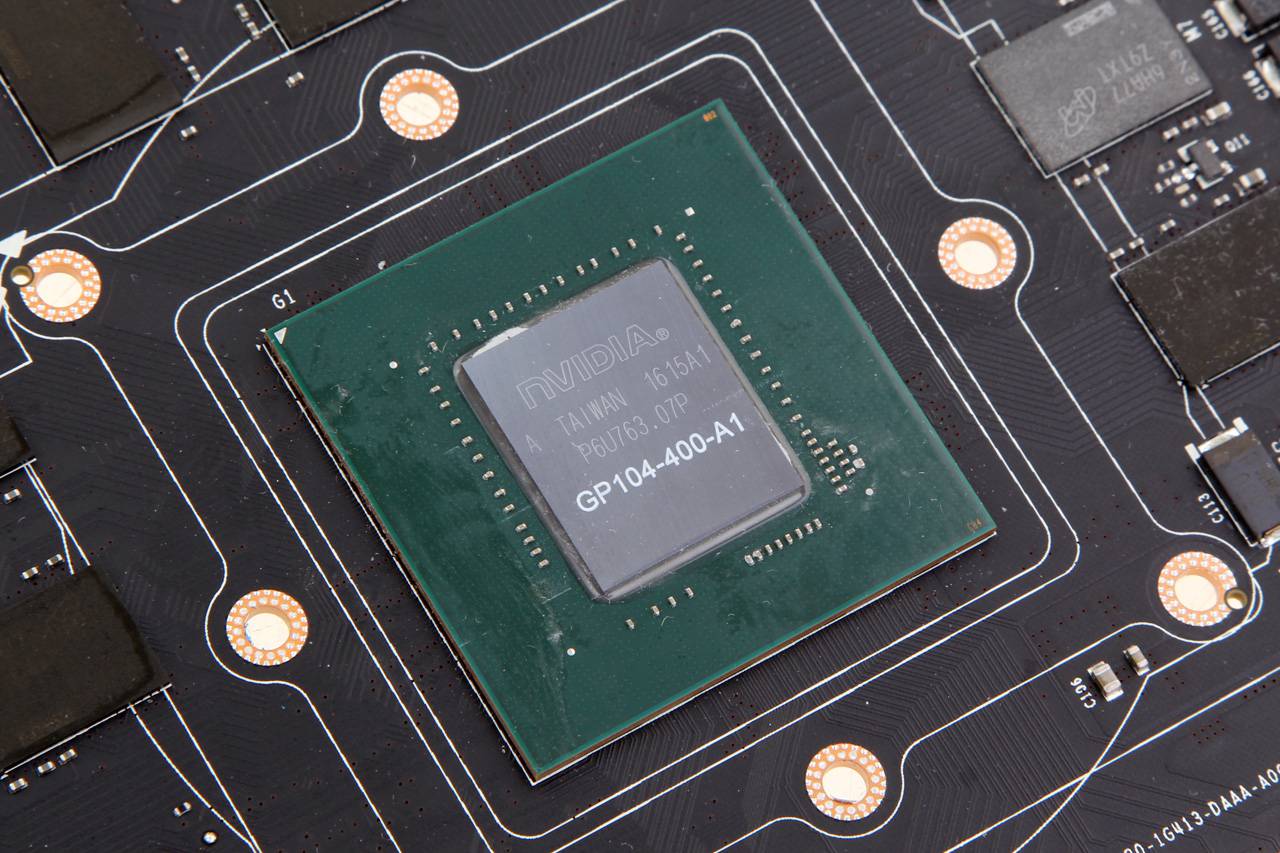 The NVIDIA GeForce GTX 1080 has once again been shot in pictures but this time we get a closer look at what's beneath its hood. Announced last week and launching on 27th May, the GeForce GTX 1080 will be the high-end solution designed for gamers who want the best performance in AAA titles at higher resolutions. NVIDIA is also focusing towards VR gaming with their new products with several software technologies to boost performance.

The NVIDIA GeForce GTX 1080 specifications have already been covered in detail over here. But for those who missed them, we will provide a quick recap. The GeForce GTX 1080 features the 16nm FinFET based GP104 chip that houses 7.2 Billion transistors. 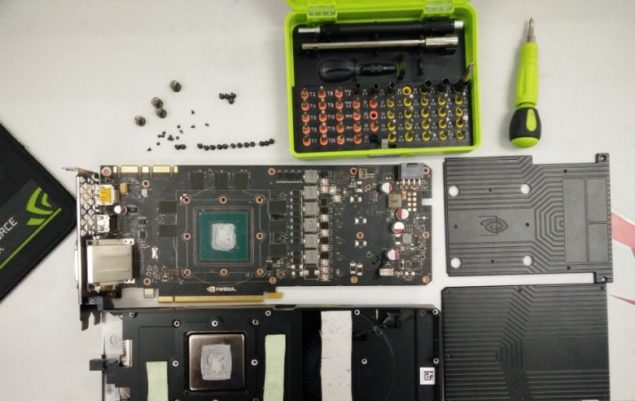 This chip will be replacing the GM204 with much superior performance and efficiency. NVIDIA has configured this chip with 2560 CUDA Cores and Micron's latest GDDR5X memory. Micron has just reported that their GDDR5X memory is under full production and the GeForce GTX 1080 is actually the first retail card to feature the new memory standard. We covered the benchmarks of the GeForce GTX 1080 in DirectX 12 that showed some nice gains. 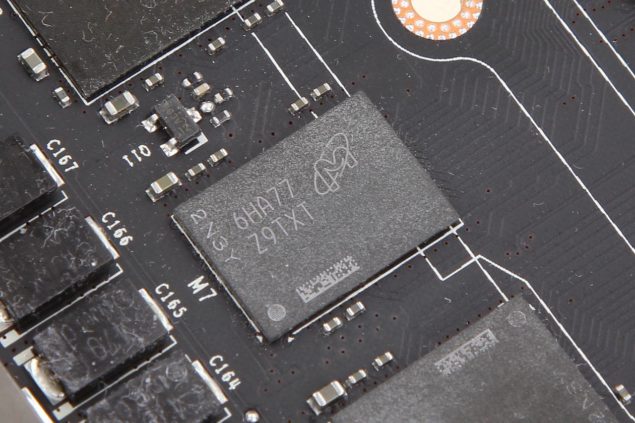 The NVIDIA GeForce GTX 1080 is the first graphics card to feature GDDR5X memory!

I first talked about Micron’s GDDR5X in September 2015 and in February of this year, provided an update that the technology was on track for mass production by summer.  Today, I am happy to announce that GDDR5X, the fastest discrete memory component in the world, has already entered mass production.  With gaming and virtual reality driving  continuous increases in performance requirements for GPUs, it’s a critical time to deliver higher memory bandwidth and efficiency, and GDDR5X is well positioned to help drive these new efficiencies.

Particularly exciting is the GTX1080, the most advanced gaming card ever created and the first card in the world to use Micron’s GDDR5X memory.  This card pumps out 9 TFLOPS with 2560 cores offering an unprecedented level of graphics performance and efficiency.  Using a 256-bit memory bus, the 1080 packs 8GB of quad data rate GDDR5X at 10Gb/s cranking out 320GB/s of memory bandwidth. via Micron

We can also note that the GDDR5X and GPU used on the GeForce GTX 1080 are the same revision which were leaked last month. The latest pictures confirm our reports. Several AIB based models have also been pictured over here and here.

NVIDIA has also introduced a new technology on their Pascal cards (GTX 1080 and GTX 1070) known as the HB SLI (High Bandwidth Scale Link Interface). Compared to regular SLI, the HB SLI solution provides twice the band width by utilizing both SLI connectors on the GeForce Pascal boards to provide a seamless experience when you run a multi-GPU setup. 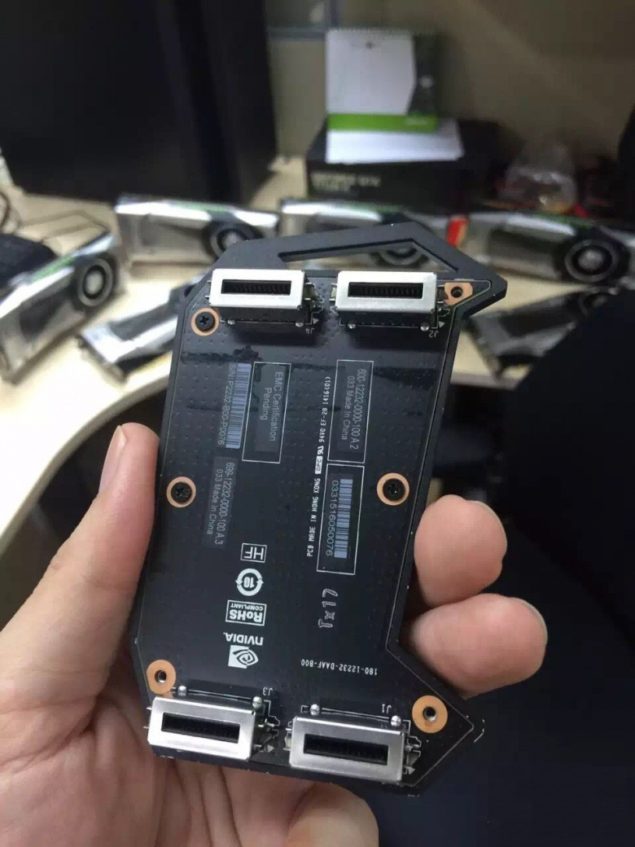 First pictures of the NVIDIA HB SLI bridge that will be used to offer double the bandwidth in m-GPU configs.

The new HB SLI bridges will be available by NVIDIA and their retail partners but it should be mentioned that these bridges would most likely restrict users to just 2-Way SLI configurations. The GeForce GTX 1080 won't support the older SLI bridges so 3 or 4 way configurations are off the table. 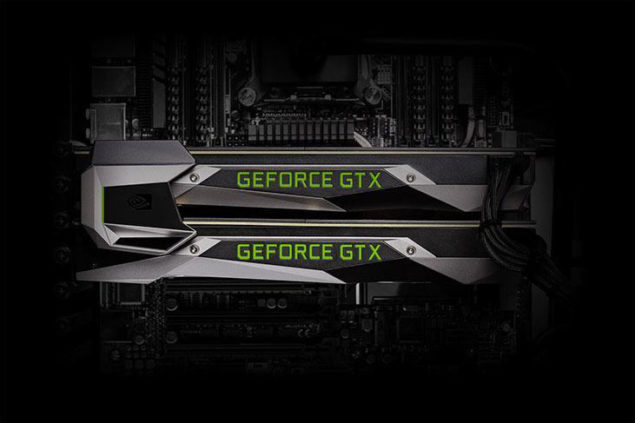 A single GeForce GTX 1080 is said to offer performance faster than dual 980s.

Recently, many game developers have stopped offering multi-GPU support inside their game engines. There are only a small list of game engines that support multi-gpu functionality otherwise the support is either broken (poor scaling) or there's no support at all. Hopefully, this might change with the emergence of more DirectX 12 API based engines.

We also got report from our friends that the GeForce GTX 1080 is able to hit pretty high boost clocks. It can do up to 2.0 - 2.1 GHz boost clocks with very low temperatures as can be seen in the MSI afterburner panel below (We had to readjust the picture so that it can align on the website correctly). 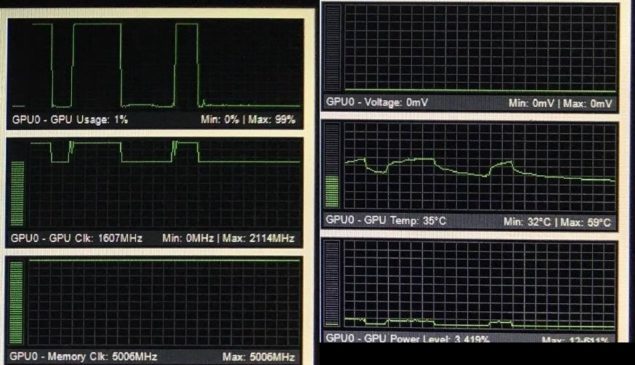