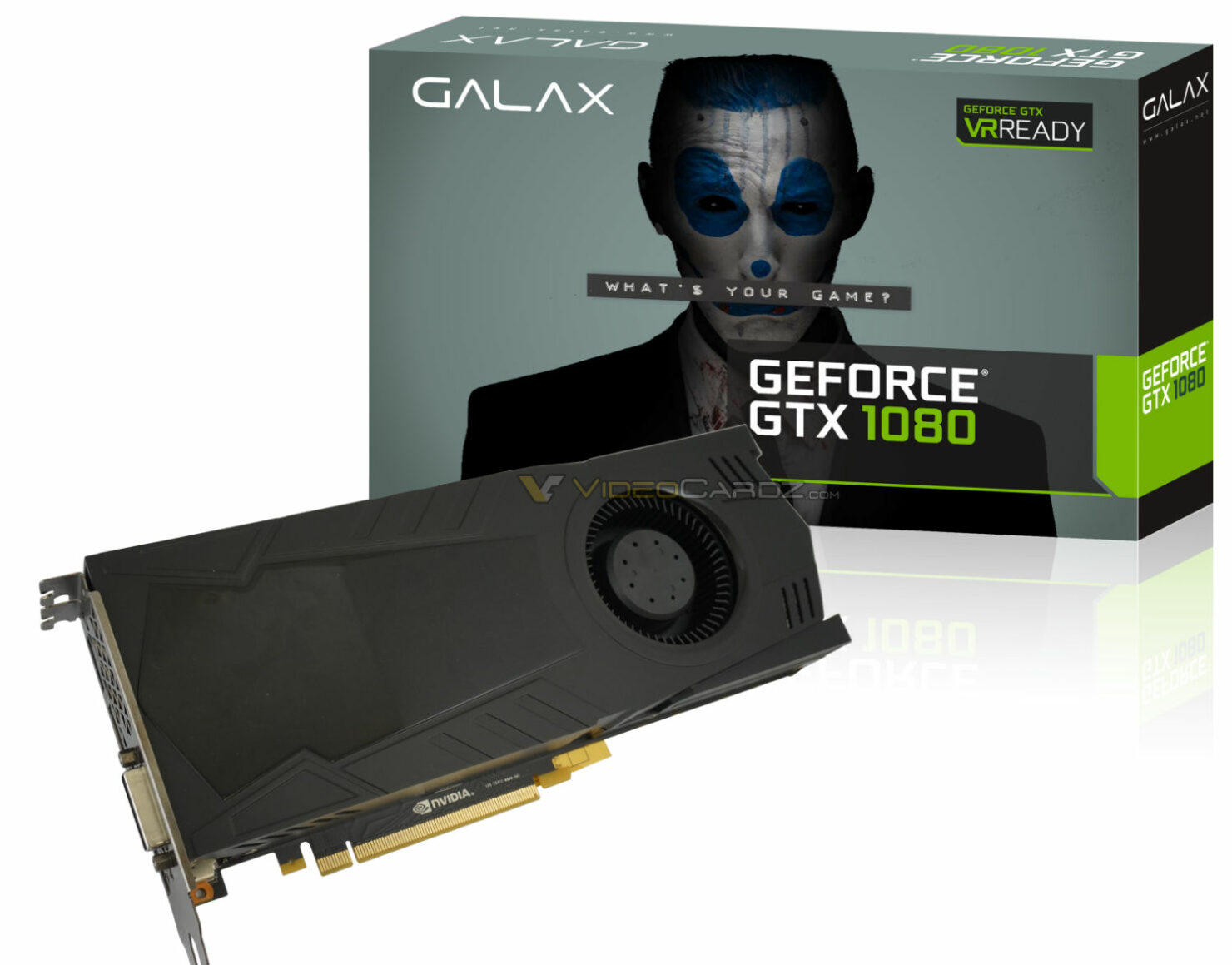 We have yet another custom Nvidia GeForce GTX 1080 graphics card that has made its way to the web. This one is from Galax and while it's not drastically different from Nvidia's reference cards it is Galax's own design. Remember the custom GTX 1080 that Galax was teasing over on Facebook just a couple of days ago? well here it is courtesy of VCZ.

The card maintains a dual PCIe slot, blower fan design and features an entirely black shroud and matte black PCB. Notably missing is Nvidia's fancy metallic exoskeleton although that's note entirely bad as the $100 premium attatched to that Founder's Edition cooler will also be notably missing from this card's MSRP.

Despite their look, these cards may very well end up with higher clock speeds right out of the box compared to the Founder's Edition cards. Because unlike Nvidia's reference design which the board partners aren't allowed to alter in any fashion, they are free to customize their own designs. And that includes bumping up the clock speeds.

Now with that in mind, don't expect any major factory overclocks out of these designs. As Galax is sure to follow these with multi fan designs that feature beefier coolers, improved power delivery circuitry and aggressive factory boost frequencies at a later date.

It's important to quickly mention a few important distinctions between the GTX 1080 and GTX 1070 graphics cards that Nvidia will be launching on May 27th and the designs that Nvidia's partners - the likes of EVGA, MSI, Gigabyte, Galax etc - will be introducing in June. The GTX 1080 version that's launching on May 27 is the "Founder's Edition". Which is the reference designed model featuring Nvidia's new air cooler with the peripherally placed blower fan, vapor chamber and metallic exoskeleton.

These partner cards include things like Gigabyte's XTREME GAMING, MSI's Gaming cards with the Twin Frozr cooler, EVGA's ACX, Asus's DirectCU and so on. It's actually wise to wait until these custom AIB - Add-In-Board - graphics cards are released before making your purchase. As these always feature higher clock speeds, more features and most importantly better cooling. Which insures lower temperatures, quieter operation and higher overclocking potential. All of which at $599 or 10-20 dollars more as opposed to $699.