The first custom models of NVIDIA's GeForce GTX 1070 graphics card have been pictured by Videocardz. Along with the pictures, we also have information that NVIDIA will officially lift the NDA on the GeForce GTX 1080 on 30th May. While reviews will be available for users to read the same day, the graphics card will officially hit the retail shelves on 10th June in both reference and non-reference flavors.

The NVIDIA GeForce GTX 1070 will be available to purchase on 10th June! (Image Credits: PCOnline)

The first custom models that have been pictured are from Inno3D and GALAX. Both cards feature non-reference PCBs and high-end cooling systems. These models will hit the market on 10th June, the same day when Founder Edition will be available for users to purchase. The Inno3D models come in two variants, an iChill X3 and X4 that have factory overclocked specifications. The GALAX GeForce GTX 1080 Gamer adopts an even bigger cooler that incorporates three fans on a powerful custom PCB. You can see these models below: 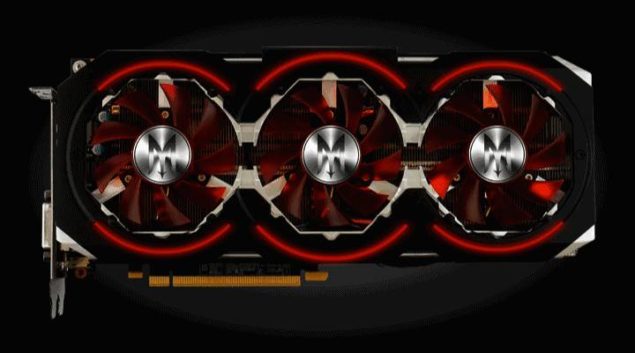 Some performance numbers of the GeForce GTX 1070 were leaked a while back which can be seen here but for gaming performance, you will have to wait a few days for the reviews to go live.

The GeForce GTX 1070 custom models will be starting at a retail price of $379 US while the Founders Edition will be available to purchase at $449 US. We have already listed down several custom models of the GTX 1080 graphics card which you can see here. Most companies will share the same cooling systems with the GeForce GTX 1070 which will be something to look forward to.